The day is finally here! The Mandalorian is BACK on Disney+ with Season 2 and with it, a whole ton of fantastic quotes. I collected my favorites but I basically could have written the whole script down! Of course we are only getting one episode a week, so be sure to bookmark this page and come back after you watch each episode to see what The Mandalorian quotes have been added from season 2.

Just like with my The Mandalorian Season 1 quotes, I will be updating this article every week to include quotes from the latest episodes. I cannot wait to see how this season unfolds, and how much more badass Din, and the rest of the gang, get!

“I’m not leaving my fate up to chance.” – Mando

“Give it to me now or I will peel it off your corpse.” – Gor Koresh

“If this thing ever divides or buds, I will gladly pay for the offspring.” – Peli

“I’ve been searching for you for many parsecs.” – Mando

“I’ve never met a real Mandalorian. Heard stories, I know you’re good at killing. And probably none too happy to see me wearing this hardware.” – Cobb

“It started after we got news of the Death Star blowing up. The second one, that is.” – Cobb

“I guess every once in a while both suns shine on a womp rats tail.” – Cobb

“I’ve lived on Tatooine my whole life- there’s no such thing as an abandoned Sarlacc pit.” – Cobb
“There is if you eat the Sarlacc.” – Mando

“You finally found a Mandalorian and ya killed him?” – Peli

“Whether it’s pirates or warlords, someone either ends up with a nice chunk of change or your ship.” – Mando

“We’re lucky if we get off this frozen tomb with our lives.” – Mando

“I thought honoring one’s word was a part of the Mandalorian code. I guess those are just stories for children.” – Frog Lady

“Strap yourselves in. This better work.” – Mando 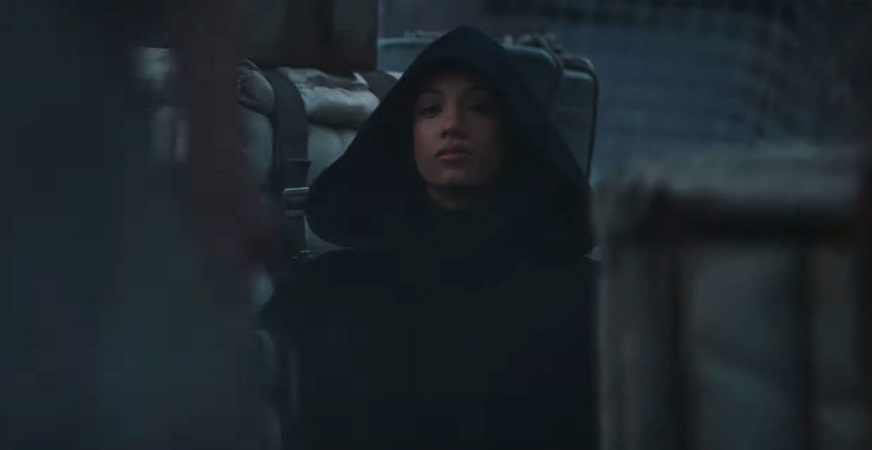 “I was told you could lead me to others of my kind.” – Mando

“You do not cover your face. You are not one of them.” – Mando

“There is only one way. the way of the Mandalore.” – Mando

“That planet is cursed. Anyone who goes there dies.” – Mando 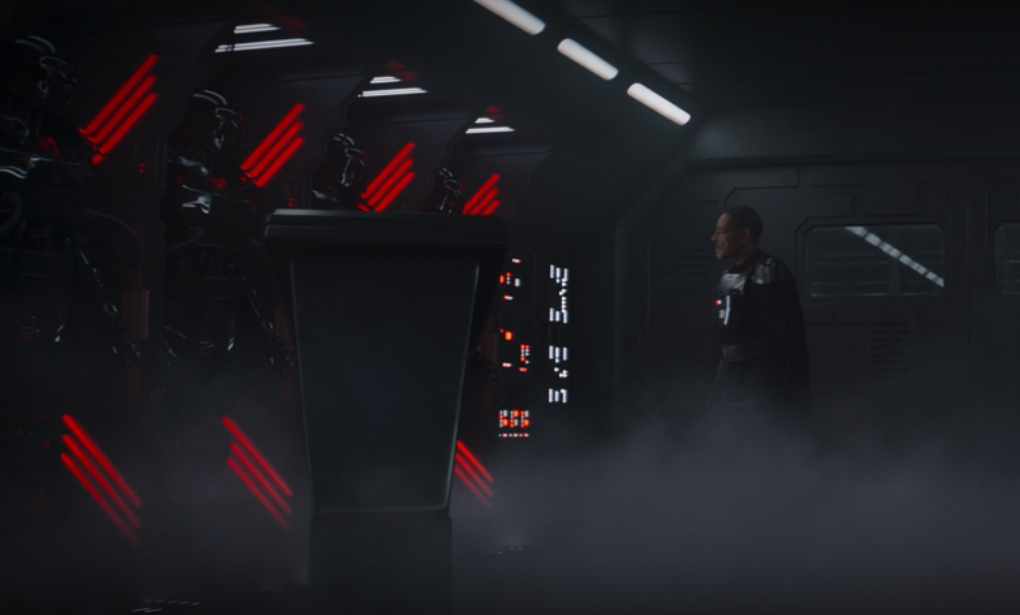 “How’s my credit around here?” – Mando

“Mando, I just want them off my planet.” – Greef Karga

“Well, when the lava tide comes in, give us a holler. We’ll drop you a rope.” – Cara Dune

“And we will be ready.” – Moff Gideon

“They already suffer under your rule. Surrender, or face the consequences. You have on day to decide.” – Ahsoka Tano

“Grogu and I can feel each other’s thoughts.” – Ahsoka Tano

“The Jedi Order fell a long time ago.” – Ahsoka Tano

“His attachment to you makes him vulnerable to his fears.” – Ahsoka Tano

“I’ve seen what such feelings can do a fully trained Jedi Knight.” – Ahsoka Tano

“I got no quarrel with you, Mandalorian.” – Lang

“You have to agree to go with them if they want you to. You understand?” – Mando

“I agreed to take you back to your own kind. So that’s what I need to do. You understand right?” – Mando

“Ahsoka told me all I had to do was get you here and you’d do the rest.” – Mando

“I’m a simple man making his way through the galaxy.” – Boba Fett

“She was left for dead on the sands of Tatooine, as was I.” – Boba Fett

“Have you ever seen one of these?” – Moff Gideon

“All you need to know is I bent a lot of rules to bring you along.” – Cara Dune

“You’re not going alone. I’m coming with you. But I won’t be showing my face.” – Mando

“You have something I want. You may think you have some idea of what you are in possession of, but you do not. Soon, he will be back with me. He means more to me than you will ever know.” – Mando

“Not all Mandalorians are bounty hunters. Some of us have a higher purpose.” – Bo-Katan

“Mine might be the last one you hear.” – Boba Fett

“A friendly piece of advice, assume that I know everything.” – Moff Gideon

“He is strong with the force, but talent without training is nothing.” – Luke Skywalker

I hope you enjoyed these quotes from The Mandalorian Season 2! If I missed your favorite, let me know in the comments.