I Still Believe is a faith-based, real life love story — but it is slow and even bland at parts. That doesn’t mean it won’t make you cry.

Something you might not know about me, because I don’t talk about it often, is that I am not religious. I just never have been. Probably because it was never a part of my life growing up, and it isn’t a part of my husband’s life either. Because of this, I have always been skeptical about faith-based films. It doesn’t bother me when they continuously talk about God and healing and miracles, but because I don’t necessarily agree with it, I feel like it could take away from the movie.

I Still Believe is a faith-based true story, but I decided to give it a watch anyways. Did I love it? No. Did I enjoy it? Sure. And did it make me cry? You bet. I may not be religious, but I am sensitive. It drives my husband crazy how much I cry at certain things. And this movie was one of them.

Now right from the beginning I knew what was going to happen. And not because of the based on a true story thing either. I am not into Christian Rock music, so I knew nothing about Jeremy Camp and Melissa. But it was pretty obvious what road they were going to go down. Especially knowing this is a faith based film.

No Villain Means Not A Lot Of Drama

In I Still Believe there is no real villain. I mean the cancer is the closest thing to it, but that doesn’t make for a suspenseful movie. Even though I didn’t know the story of Jeremy Camp, the whole movie seemed very predictable. A typical “in love with the dying girl” film that we have seen many times over.

I was surprised by how little Jean-Luc was in the movie, and how he just kind of disappeared around the middle of it. Which really didn’t make sense if him and Melissa were that close. I am sure they wanted to stay close to the true story, but he could have easily played a larger role, and as a villain. That would have made this movie a bit more powerful for some. 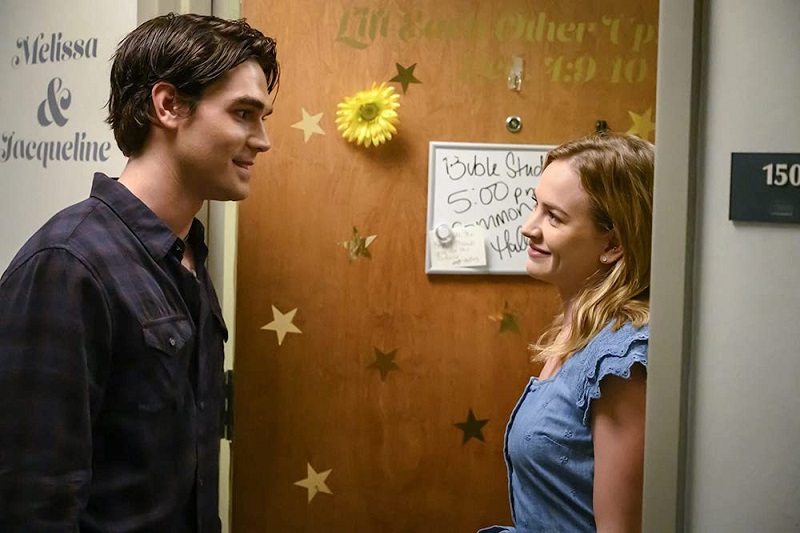 I Still Believe is a sweet movie that is sure to make you cry, no matter your faith, or lack of. However, there are lots of dull moments throughout, making it a slow movie. The predictability even if you don’t know the story is something that stayed with me.

The acting is on par though, and I loved the chemistry between Britt Robertson and K.J. Apa. I truly believed that they wholeheartedly loved each other — and would do anything to be together. The plot itself was slow and predictable, but I found myself to enjoy I Still Believe, overall.

So is it worth a watch even if you aren’t religious? That depends. If you are someone who scoffs and rolls their eyes at the mention of God or praying, skip this one. Because it isn’t for you. If you can get past that? Well, add this to your list because I know we are all looking for new entertainment, no matter what it is right now.

Check out the most inspiring I Still Believe quotes!

About I Still Believe

From the makers of I CAN ONLY IMAGINE comes the true life story of Christian music mega star Jeremy Camp and his remarkable journey of love and loss that proves there is always hope in midst of tragedy and that faith tested is the only faith worth sharing.

Pick up your copy of I Still Believe today!