I finally watched Ad Astra and WOW, I never could have prepared myself for how boring it was. It was slow beyond belief and I found myself dozing off several times.

Brad Pitt is one of the greatest actors of all time, so I was completely shocked when Ad Astra fell flat. This movie is extremely slow, ridiculously boring, and I found myself not caring about him as a character at all. Sure, he has his connection issues, which he mentions several times throughout the movie. Maybe that is part of the reason I couldn’t connect with him at all.

Most of this movie is Roy’s voice overs — the thoughts in his head — and they are spoken very mechanically. There is no feeling behind them at all. I get that this is part of who he is, his blood pressure doesn’t normally spike, no matter what. But this makes him really boring. B-O-R-I-N-G. I often found myself grabbing my phone, or trying hard to keep my eyes open. With the cast and premise, this movie could have been amazing, but it wasn’t. 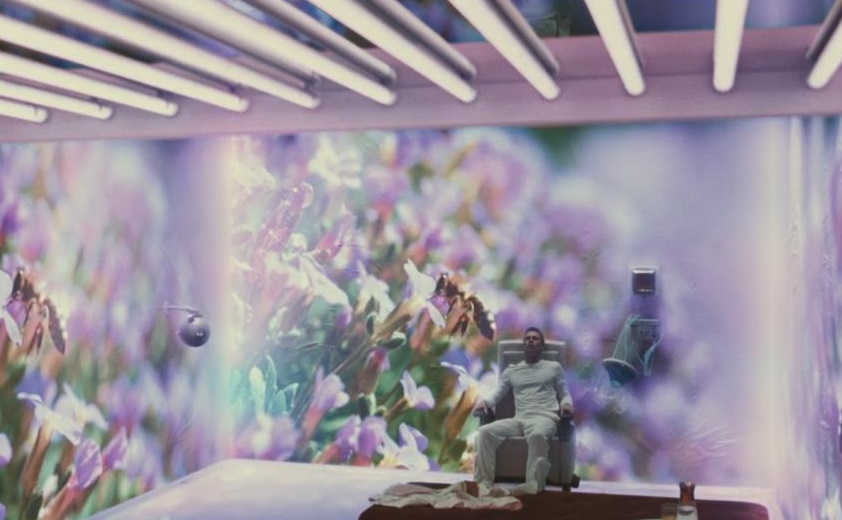 I love a good science fiction movie, and that is exactly what I was expecting from Ad Astra. A man who thought he lost his dad many years ago, and follows in his footsteps to explore space. He then finds out that he might be wrong, and there is a chance his dad is still out there. The dad might have gone crazy, and killed his own crew members — only time will tell. This has the makings of everything I could want in a movie. But it was not executed correctly.

Maybe if the movie was cut down by about a half hour and had more action and less voice over, it would have hit the mark. Or at least be somewhat entertaining. I was only completely engaged for about ten minutes of this movie, at the part when Roy sneaks on to the rocket and fights with the crew members. That was only entertaining part.

The ending was completely lost on me because I just did not care about Roy and his relationship with whatever Liv Tyler’s character’s name is. We didn’t see nearly enough of her to make me want them to be together — or not together. I was not in the least bit invested in them and their relationship, which made this whole movie feel pointless and like a waste of two hours (that felt like three).

Ad Astra has a fantastic cast, which is part of the reason it came as such a shock that it was such a bad movie. It is mostly just Brad Pitt talking in his head about things that I never ended up caring about. Liv Tyler is in it for about 2 minutes, and because of this I didn’t care about their relationship, or the fact that he feels alone without her.

What could have been a great sci-fi movie was bogged down with dialogue and no real story. It is extremely boring and not worth a watch. Skip this one. Trust me.

Astronaut Roy McBride (Brad Pitt) travels to the outer edges of the solar system to find his missing father and unravel a mystery that threatens the survival of our planet. His journey will uncover secrets that challenge the nature of human existence and our place in the cosmos.

You can purchase Ad Astra on Amazon, but I wouldn’t bother.