Not Okay is an interesting movie with a main character that most viewers will love to hate, but a supporting cast that steals the show. 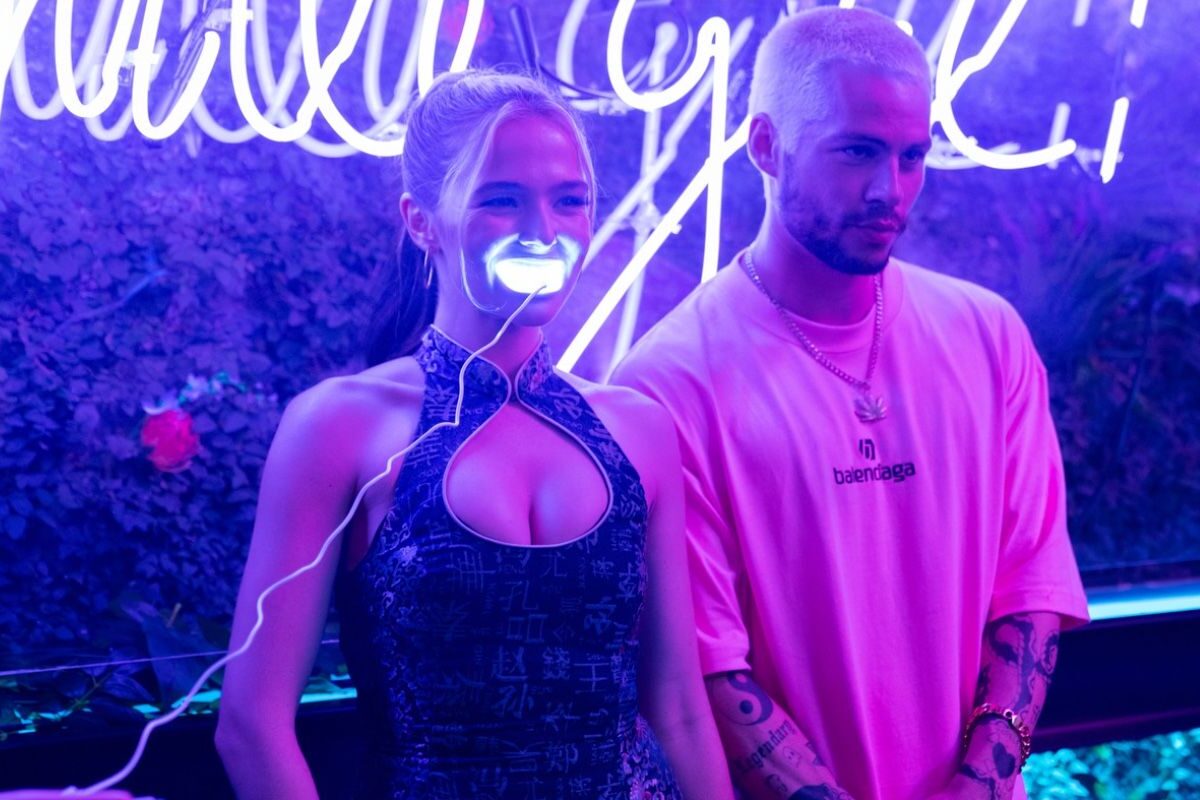 Not Okay is one of those movies that makes viewers hate, and I mean hate, the main protagonist, Danni. It even comes with a warning before it starts clarifying that she is very unlikable. Admittedly, this is the worst part about the film. Even though she is like a train wreck and so very hard to look away from, she is annoying and aggravating and entitled throughout the entire movie.

Because of the flow of the movie, and the fact that it starts at the end before flashing back to the beginning of the story, the plot is ridiculously predictable. Considering this was not based on a true story, there is no need to do that and while it does cause viewers to be interested in how it plays out, it is frustrating to know how it all ends. Zoey Deutch plays Danni Sanders and she does a fantastic job of making the audience dislike her, which is the whole point. The problem is she is so unlikable, that it is hard to be interested in her life the longer the story goes on. While she is surrounded by a few likeable characters, they don’t get nearly enough screen time, which can take a lot of viewers out of the story.

At about the halfway mark it honestly starts to become uncomfortable to watch, and Mia Isaac, who plays Rowan, is the only saving grace. Even Dylan O-Brien, who plays Colin, is like nails on a chalkboard with his fantastic performance of another purely awful human being. 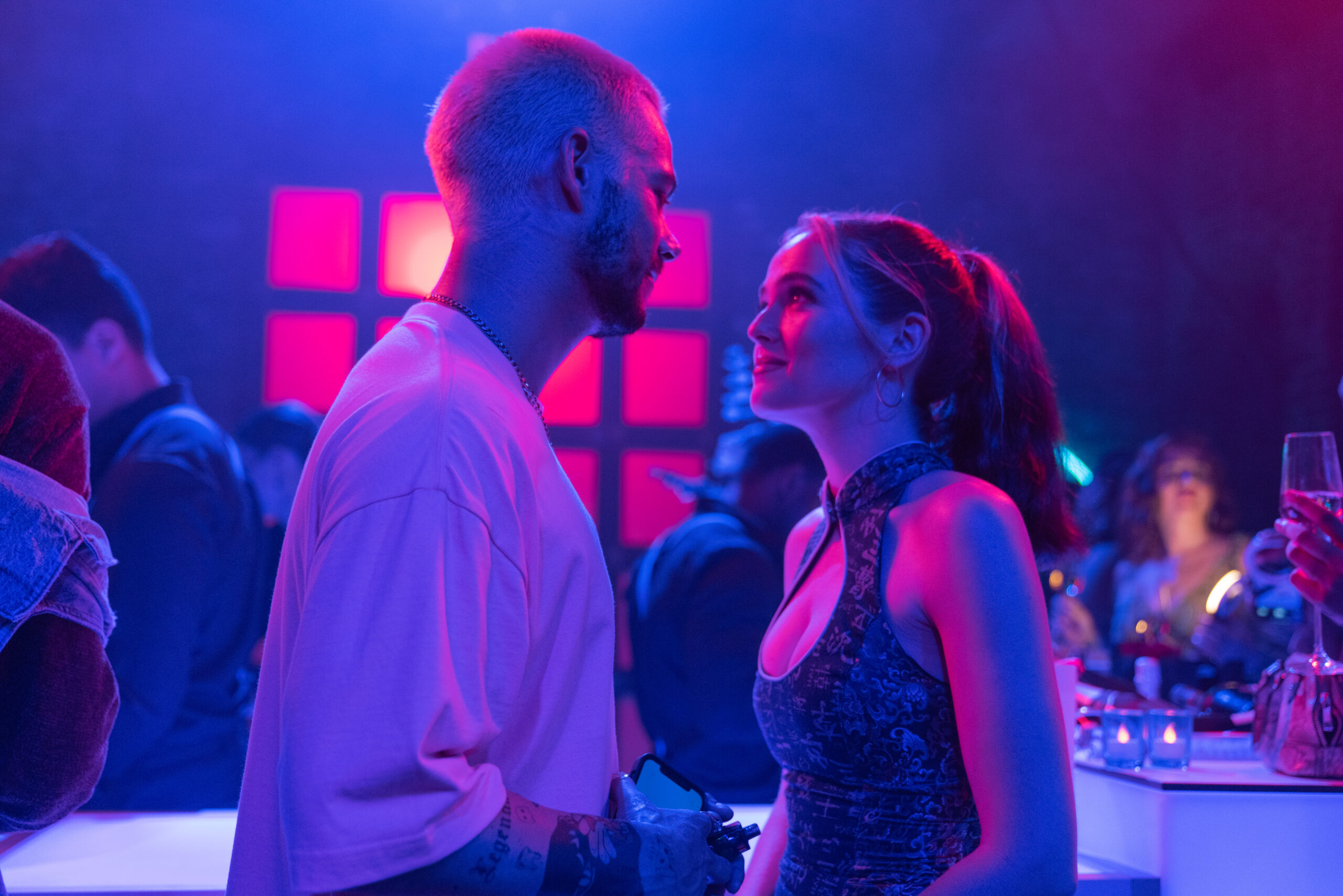 The lesson here is a great one, about being yourself and how karma will bite you in the butt if you lie to better your reputation, career, or personal gain. However, it is a struggle to get through at times because the people in this movie are for the most part, horrible people.

That said, the story surrounding Rowan, and her reasoning for being a gun laws activist, steals the show. Sure, the movie is about Danni and her lie that all started in order to impress a boy and ended up taking the world by storm and making her a super influencer (yes, this is pretty much another Inventing Anna but in movie form and not based on a real story), but it is Rowan’s story that brings heart to the movie. 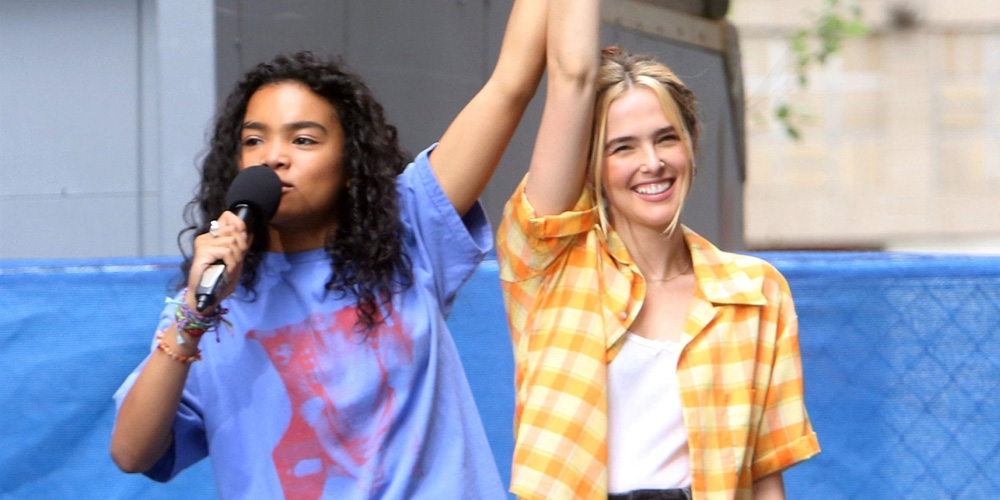 Not Okay is brilliant at times, but frustratingly slow and annoying at others. Still, there is heart and humor to be found throughout and while you are certainly going to hate Danni, you will absolutely love Rowan. The ending is quite frustrating, but also fitting. A great summer movie that will make you appreciate the people in your life a little bit more, Not Okay comes exclusively to Hulu on July 29th.

Danni Sanders (Zoey Deutch), an aimless aspiring writer with no friends, no romantic prospects and — worst of all — no followers, fakes an Instagram-friendly trip to Paris in the hopes of boosting her social media clout. When a terrifying incident strikes the City of Lights, Danni unwittingly falls into a lie bigger than she ever imagined.

She “returns” a hero, even striking up an unlikely friendship with Rowan (Mia Isaac), a school-shooting survivor dedicated to societal change, and scooping up the man of her dreams Colin (Dylan O’Brien). As an influencer and advocate, Danni finally has the life and audience she always wanted. But it’s only a matter of time before the facade cracks, and she learns the hard way that the Internet loves a takedown.