Netflix’s new RomCom Holidate is not only hilarious, it has quite the dirty side — which you can tell from these great quotes!

Holidate is the romcom that I did not know I needed this year. I was reluctant to watch it, and I have no clue why. This movie is right up my alley because it is predictable, fun, and a little bit dirty. I put together a collection of my favorite quotes from Holidate below. Enjoy!

Be sure to read my Holidate review.

Below is a collection of my favorite quotes from Holidate! Yes, a LOT of them are dirty, so I used the asterisk symbol quite a bit. But hey, these quotes had me rolling! This movie was just what I needed to cheer me up this year.

“I know the holidays can be stressful but no man wants to marry a smoker, who lies.” – Elaine

“You’d be surprised at the quality of men you meet at the mall.” – Aunt Susan

“I spent my holiday in an ugly Christmas sweater, sipping mocktails with a room full of people who I think were in a cult.” – Jackson 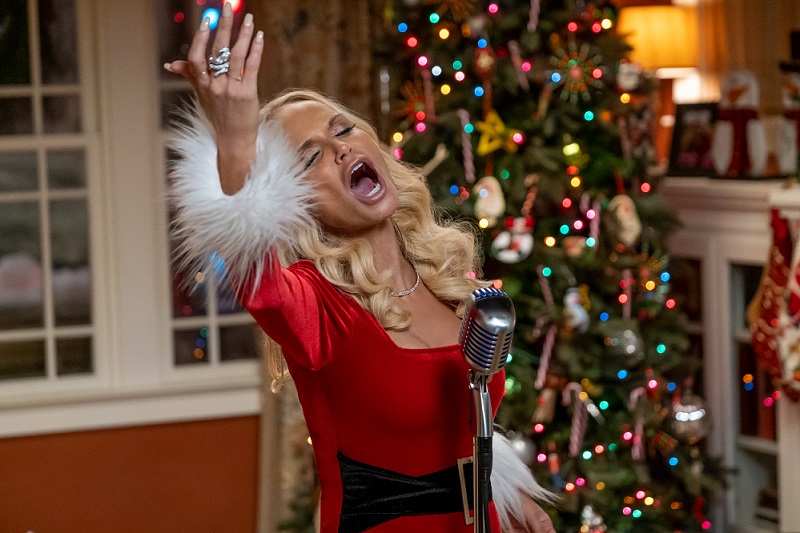 “I caught my aunt getting her cookie licked by a mall Santa.” – Sloane

“Human beings aren’t meant to be alone on the holidays. We actually need warmth, companionship and someone to drunk mock strangers with at parties.” – Jackson

“Your t*ts look great in that dress.” – Jackson

“It’s all downhill after 40. Who wants an extra 80 years of the worst part of your life?” – Sloane

“Why does the next girlfriend always have to be younger and hotter?” – Sloane

“The younger and the hotter the girl, the less chance of commitment.” – Jackson

“Golf is the least athletic sport on the planet.” – Sloane
“I’ll have you know that golf requires more precise muscle control and hand-eye coordination than football and basketball combined.” – Jackson

“A little tobacco never killed anybody.” – Sloane
“Mmm… pretty sure it has.” – Jackson

“Were there props involved? Costumes? An invited guest?” – Sloane

“Did you just compare sex with me to eating slugs?” – Sloane

“Grandmothers and cancer patients smoke pot, Liz. Do it for the kids.” – Sloane

“Jackson just blew off his finger. A little bit.” – York

“I don’t do drugs.” – Jackson
“And you call yourself a professional athlete?” – Sloane

“She’s f*cking pregnant? How is this even possible? She’s barely out of puberty!” – Sloane

“Everything ends eventually. So why sit around and wait for it to happen.” – Aunt Susan

“Ryan Gosling would never do his own shopping. He is way too cool for that!” – Sloane

I hope you enjoyed these Holidate quotes!
Did I miss your favorite one? Let me know!

Sloane (Emma Roberts) and Jackson (Luke Bracey) hate the holidays. They constantly find themselves single, sitting at the kids table, or stuck with awkward dates. But when these two strangers meet one particularly bad Christmas, they make a pact to be each other’s “holidate” for every festive occasion throughout the next year.

With a mutual disdain for the holidays, and assuring themselves that they have no romantic interest in the other, they make the perfect team. However, as a year of absurd celebrations come to an end, Sloane and Jackson find that sharing everything they hate may just prove to be something they unexpectedly love.

Holidate Review: The RomCom That Knows It's A RomCom

[…] The Funniest & Dirtiest Quotes From Holidate on Netflix […]