The first three episode of The Boys Season 2 are available to watch on Amazon Prime Video and foreshadow a very intense, very dark season!

The Boys Season 2 has just started on Amazon Prime Video and I can all but guarantee that every fan is loving it. This season is clearly darker, more intense, and even bloodier if the first episode is to be trusted. When Season 1 of The Boys dropped, I binged the entire thing in less than a day. I called it the superhero show we have been waiting for, and I stand by that comment.

I actually did a watch party on my YouTube Channel for the first episode, so you can see my expressions and reactions if you care to. But to say that this episode had me jonesing for the rest of season 2 is an understatement. As soon as season 2, episode 1 ended, I was more than ready to keep watching. It sucked me right back in to this crazy, insane, and disgusting world of The Boys — and I am so here for that!

There are lots of things in the first episode that hint at a much more insane season. One that I cannot wait to experience!

Stormfront Is Already A Favorite Of Mine

Aya Cash is one of my favorite actresses, so when I heard she signed on for The Boys Season 2 I was hyped! But I was not prepared to see her in action. She pulls off snarky, and if you have watched You’re The Worst then you know what I am talking about.

She is a great addition to The Boys as Stormfront, who is clearly here to give Homelander a run for his money. In Season 1, we got a deeper look into Homelander, and we know he has done some things to hurt Vought, the company that created him and the other supers. Stormfront was obviously hired just to annoy him, and I love it.

Stormfront strutted onto the set of Homelander and Queen Maeve’s commercial and let them know just who she is. She tells them she is now part of The Seven. She is also live-streaming this filming all over the internet, and even reveals they are with actors and not actually on location. I have a strong feeling that Stormfront will be another love to hate hero — and I cannot wait to see more of her.

Speaking of characters that I love to hate, Homelander seems to be even more evil in Season 2. Perhaps he is regretting some of his actions from the previous season. He still does creepy things, like drink a dead woman’s breast milk — ew.

Viewers will see him acting like a complete jerk in the first episode of Season 2, which is to be expected. What he did to Blindspot (no spoilers here) took me by surprise when it happened. But the more I thought about it, the more this seems like normal behavior from him. I am looking forward to more Homelander however, I have a feeling he is going to be put in his place several times throughout the season. 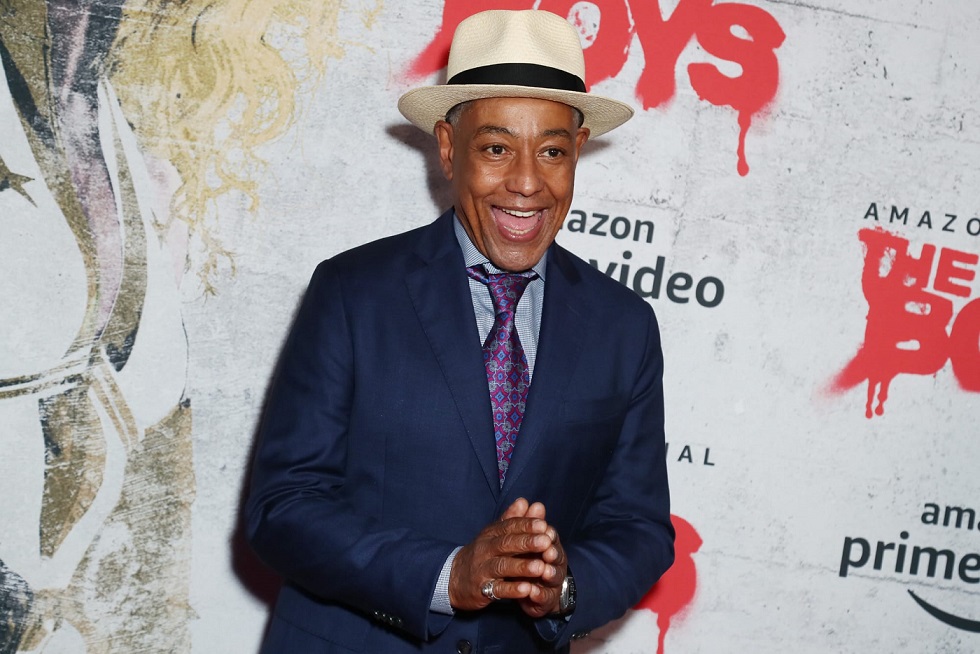 Speaking of Homelander being put in his place, Giancarlo Esposito plays Stan Edgar, the “big man” at Vought, who challenges Homelander toward the end of this episode. He makes it known that Homelander is not as special as he might think he is, and he is certainly not the most valuable asset of Vought.

I am a big fan of Esposito because of Breaking Bad and Better Call Saul, so I was excited to see him join the cast of The Boys. This seems like the perfect role for him and I look forward to seeing him challenge Homelander time and again.

The first episode of The Boys Season 2 is filled with blood and gore. And if you know me, you know I love that stuff. Why? I don’t know. But when it works, it works. And in The Boys Season 2, it works! Some of these bloody moments come as a complete shock, but they are still really amazing to watch.

This season is sure to be filled with more blood and more gore — and I am one hundred percent here for that.

If you enjoyed the first season of The Boys, it seems to be that you will enjoy Season 2. Things will get more intense and more bloody. But these are the characters we have gotten to know and love (or love to hate). Stormfront is going to be a force to be reckoned with and Homelander is going to get even more mad and unstable.

I didn’t touch on it above but of course Karl Urban is back, even though we don’t see him until the very end of the episode. And you know he is even more ready to get revenge now. Hughie and Starlight are working together, even though it seems a little bit reluctantly on her part, to expose Vought and Compound V.

And The Deep…. well… he is going through some things still. Things that he deserved and don’t get me wrong, I don’t feel sorry for him at all, but I am interested to see what happens with him and Eagle (a newly introduced superhero that is trying to recruit him for, what we can only assume, is some kind of cult).

I for one cannot wait to see the rest of the season. As much as I hate having to wait for a new episode to be released every week, I also like that I will be forced to appreciate this season more, and not rush through it. Savor it, if you will.

About The Boys Season 2

In a more intense, more desperate Season 2 of The Boys, Butcher, Hughie, and the team reel from their losses in Season 1. On the run from the law, they struggle to fight back against the Superheroes. As Vought, the company that manages the heroes, cashes in on the panic over the threat of Supervillains, and a new hero, Stormfront, shakes up the company and challenges an already unstable Homelander.