The Boys Season 2 has started on Amazon Prime Video and it is filled with some of the most badass quotes that will have you pumped!

The Boys is easily one of the most badass shows out right now. I binged the entire first season in less than a day and am bummed that Amazon is not dropping season 2 all at once (although I do get that marketing move too). From the very start of The Boys Season 2 is obvious this season is going to be bloodier, darker, and more intense — and y’all know I am here for that!

There are just so many amazing quotes in this show, but I had to pick out the most badass quotes, just like I did with The Mandalorian. So here are all the ones that made me go “Ohhhhhh snap! No they didn’t!”

If you haven’t already, be sure to check out my review of the start of The Boys Season 2.

Language & Spoiler Warning: These The Boys Season 2 quotes have a lot of language in them, and some could be potential spoilers.

Most Badass The Boys Season 2 Quotes

As Season 2 of The Boys goes on, I will be adding more badass quotes to this article. So be sure to bookmark this page and keep coming back to see what Homelander, Stormfront, Butcher, Hughie, Starlight, and the rest of the gang have to say! But probably nothing for The Deep because let’s be honest here, he is a bit of a baby at the moment, isn’t he?

“You are dispensable, which means you answer to me.” – Homelander

“If you’re the f*cking reason I can’t finish that Vermont Country Dollhouse, I will f*cking end you.” – Mother’s Milk

“You’ve been walking around for months like you want to kick my ass. So do it already.” – Hughie

“You are not a soldier, you’re not a spy. You’re just a kid that sells stereo equipment.” – Mother’s Milk

“But I can be Harry Potter. Or John Conner. Or what’s her name, from The Hunger Games. The point is, I can be that person that nobody thinks is awesome, but it turns out, they’re kind of f*cking awesome.” – Hughie

“I thought we were friends.” – Gecko
“I’m sorry but we’re not anything.” – Starlight 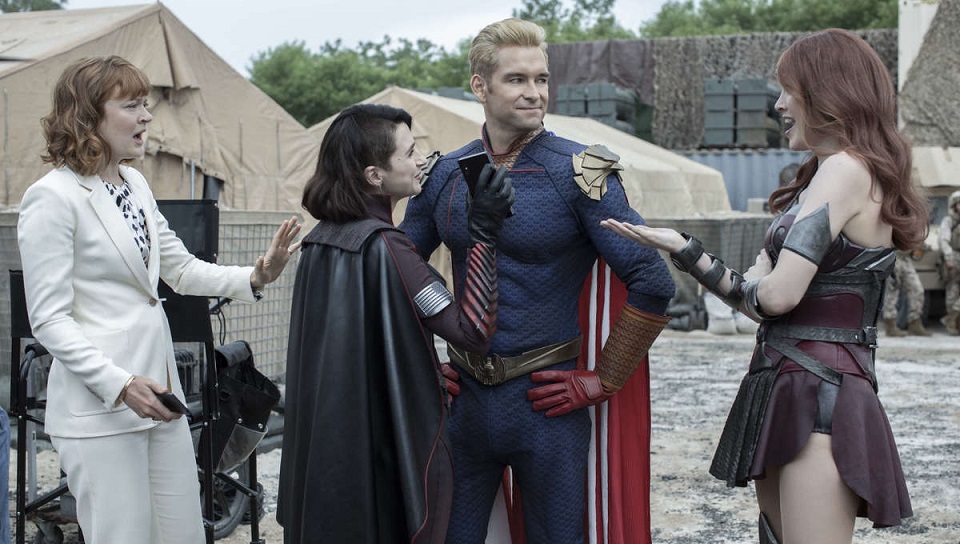 “As if Homelander and Maeve were gonna eat MREs and piss in a ditch with the rest of the grunts.” – Stormfront

“My Nana’s your biggest fan.” – Stormfront

“Not even Madelyn would have dared to try and pull this kind of sh*t.” – Homelander

“You are not our most valuable asset.” – Edgar Stan

“While you are preening at the Golden Globes, we are running around like maniacs trying to clean up the mess you made.” – Edgar Stan

“When I was his age I was breaking the sound barrier. He can’t even throw a fastball.” – Homelander

“Becca we had a deal. A deal that is alive and well and running around as free as a goddamn bird.” – Homelander

“Shouldn’t we all just be competent at our jobs?” – Stormfront

“How does everyone feel about you helping your traitor f*cking boyfriend escape? Or maybe you didn’t mention that part.” – A-Train

“I mean this in the nicest possible way but I don’t need some f*cking Vought spy Barbie sniffing around to see whether I’m a team player.” – Stormfront

“We can do whatever we want and no one can stop us. That is a good feeling. A really good feeling.” – Homelander

“You were right. I’m not gonna get bored and move on. I’m not going anywhere. So feel free to tell Dr. Park to go f*ck himself.” – Homelander

“Life isn’t actually a PR strategy. You can say what you think.” – Stormfront

“Pippi Longstocking would bite a D, that’s for damn sure.” – Stormfront

“You come between me and my Mrs. again, I’ll f*cking kill you.” – Butcher

“If it comes to that, I’ll neutralize her.” – Butcher

“You write all women as either unknowable Hitchcock b*tches or Michael bay f*ck dolls. I mean, I get that a lifetime of jerking off to Transformers didn’t exactly make you popular with the ladies, but a little effort would be nice” – Stormfront

“I don’t think we have to damage control your f*ck up.” – Queen Maeve

“Who gives a sh*t if Vought burns to the f*cking ground.” – Homelander

“Your gill is showing. Cover it up. It’s disgusting.” – Homelander

“Aw, you can’t do your magic little hand thingy anymore? How come?” – Stormfront

“Open your eyes. I like to see the light go out.” – Stormfront

About The Boys Season 2

In a more intense, more desperate Season 2 of The Boys, Butcher, Hughie, and the team reel from their losses in Season 1. On the run from the law, they struggle to fight back against the Superheroes. As Vought, the company that manages the heroes, cashes in on the panic over the threat of Supervillains, and a new hero, Stormfront, shakes up the company and challenges an already unstable Homelander.