Many are wondering how the Golden Globe Awards winners and Screen Actors Guild nominations will impact the Oscars this year. Mama’s Geeky breaks down a few categories here.

Have you seen the chaos on #FilmTwitter yet? If so, it must be the middle of award season. Following Sunday’s live-tweeted Golden Globe Awards and Wednesday’s Screen Actors Guild nominations, many are wondering how they will impact Oscar nominations in light of surprising wins – such as Nicole Kidman at the Golden Globes – and snubs – like Kristen Stewart, Aunjanue Ellis and “Belfast”’s supporting actors from SAG.

Are the top two prizes a done deal?

It’s the million-dollar question we ask ourselves each year: which film is winning Best Picture? Multiple critics groups have made “The Power of the Dog” their top pick so far this season, and the film further carried its momentum on Sunday when it earned the Golden Globe for Best Motion Picture – Drama.

So, is it safe to say this is our winner? The situation looks very similar to “Nomadland” and Chloe Zhao’s unstoppable sweep last year, so maybe the answer is a simple yes. It’s not detrimental that the film missed a SAG ensemble nomination, especially since other films have gone on to win Best Picture without that prize (“The Shape of Water” and “Green Book,” for example), but seeing that “Belfast” made it into the category, likely “Power”’s biggest competitor, does shake up the competition a little.

“Power” director Jane Campion has earned countless wins for her behind-the-scenes work this award season, and at the moment she looks like a lock to win Best Director, which would make her the third woman in Oscar history to win the award. 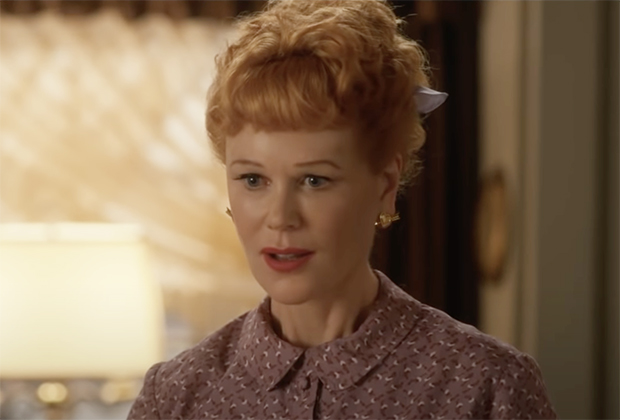 What is going on with Best Actress?

There’s a lot to unpack following the Golden Globes and SAG Awards, so we’ll try to do our best.

With her Golden Globe win, Nicole Kidman, who portrayed Lucille Ball in “Being the Ricardos,” showed she could be getting started on a sweep. After the film received mixed reviews – it currently has a 68% Tomatometer score on Rotten Tomatoes – most were ready to take her out of contention. But the surprise Golden Globe win and her Best Actress SAG nomination was just what she needed to be a serious competitor. Plus, when doesn’t the Academy love to give someone a well-deserved second Oscar?

Kristen Stewart’s SAG snub, on the other hand, is a bit concerning. After garnering so many critics prizes throughout the season, seeing her name omitted from the SAG Best Actress lineup was shocking. I’m still not ready to count her out of the Oscar race, but if anything, she’s on shaky ground.

The case could be made for Rachel Zegler, a standout with her performance as Maria in “West Side Story,” to earn an Oscar nomination. Her first Golden Globe win for Best Actress in a Motion Picture – Comedy or Musical was a helpful step, along with the endless praise she has received for her feature film debut. Plus, odds might be in her favor. Since 2012, six of the women who won the Comedy/Musical Best Actress Golden Globe category went on to earn an Oscar nomination. She did miss SAG, however, but it might have only been due to alleged screener issues.

How about the other nominees? Olivia Colman, Jessica Chastain and Lady Gaga all seem to be holding on strong. Jennifer Hudson’s SAG nomination on Wednesday also gave her a push for Oscar contention.

Who gets in for Best Actor?

It seems like we have four nominees locked in for Best Actor: Will Smith, Benedict Cumberbatch, Andrew Garfield and Denzel Washington. But the question remains, who gets that last spot? The Golden Globes included Javier Bardem, Mahershala Ali, Leonardo DiCaprio, Peter Dinklage, Cooper Hoffman and Anthony Ramos into the mix.

On Wednesday, Bardem made it on the SAG nominees list, which gives him a leg up for that coveted fifth Oscar spot. There’s also a world where DiCaprio gets in, especially since “Don’t Look Up” looks like it’ll make it into the Best Picture lineup.

When looking at the EE British Academy Of Film & Television Arts longlists, Ali, Bardem, DiCaprio, Dinklage and Hoffman are all on there. Whoever sneaks in a nomination could likely find their way into the Oscar race too.

Is it the end of the line for ‘Mass’?

This one hurts to write. Though “Mass,” written and directed by Fran Kranz, is one of the strongest films of the year with its performances, screenplay and the way it elicits all types of emotions, its snubs at the Golden Globes and SAG Awards leave no hope for any Oscar love.

It’s disappointing that the film has been overlooked – aside from Critics Choice and Independent Spirit nominations – but there’s always at least one deserving film that unfortunately gets this treatment.

Will ‘House of Gucci’ get into the Best Picture lineup?

Though panned by critics, “House of Gucci” has been going strong this award season. So far, the film has earned a SAG ensemble nomination and is on the BAFTA longlists for Best Film, Outstanding British Film and Adapted Screenplay.

Related: House of Gucci Is A Mess, And Not In A Good Way

Not to mention, stars Lady Gaga and Jared Leto have been earning nominations as well. If the film ends up among the BAFTA nominees, there’s possibly a world where it could sneak into the Best Picture lineup, especially since there are 10 spots this year.

Ema Sasic
Ema Sasic is a journalist with The Desert Sun in Palm Springs where she covers entertainment and health. Her work has included interviews with filmmakers and Palm Springs film festival coverage. Additionally, she is a film critic and podcaster for Next Best Picture, an emerging voice in the awards season race, and she is a member of the Hollywood Critics Association. If she’s not writing about a film, Ema can be found in a movie theater checking out the latest releases. She also enjoys attending film festivals, in person or virtually.
letterboxd.com/emasasic/