Disney’s Artemis Fowl had so much potential, but with too many changes and a rushed plot, it falls very flat. Even Josh Gad’s stellar performance couldn’t save the movie.

If you follow me, you know that I have been hyped for Disney’s Artemis Fowl. I am a massive fan of the book series and was hoping Artemis Fowl was going to be the next Harry Potter. With eight fantastic books to use as source material and Disney’s money behind it, the possibilities seemed endless.

Of course I got nervous when the release date got pushed. And then the news came that it would be streaming exclusively on Disney+. That worried me. But I still had faith. I was cautiously optimistic. When I sat down to watch it, I was still very excited.

Perhaps I set the bar too high, but let’s face it, this movie was never going to be good. I should have been more honest with myself from the beginning to avoid the let down.

Within ten minutes I was shaking my head at all the changes. Now, I am not one to worry about every little detail change. In fact, I appreciate when a movie changes the source material a bit so that I can be surprised about some things. However, too much was changed if you ask me.

The biggest changes for me being that Artemis’ mom is not in the picture, but his dad is (at the beginning). He is kidnapped by a “mysterious creature”. For those who have read the books, I will keep the identity of this person a secret. But when it was revealed I was VERY upset. This character isn’t even introduced in the first book.

We also have Commander Root as female. Which at first, didn’t bother me too much. But as I reread parts of the first book — and chatted with other fans of the this books this actually IS a big deal. A major part of Holly’s story arc is proving herself as the first female in the LEP Recon Unit. It touches on sexism in the work force and shouldn’t be skipped over.

When we see Foaly he isn’t wearing his signature aluminum foil hat, which was frustrating for me. I was looking forward to that! Holly Short seems very, very young. I mean, I get that she is young in fairy years, but they should have chosen an older actress if you ask me.

In the book, Artemis Fowl kidnaps Holly Short so that he can get a ransom from the fairy world. Why does he want the ransom money? To fund the search and rescue of his father. Which makes no sense if he knows his father is alive and where he is (more or less). So they of course, had to change the reason for the kidnapping. At least a lot of the events that occur are the same…sort of.

Don’t even get me started with Holly trying to clear her father’s name. And Holly and Artemis becoming quick friends. I try to ignore those details because they will make me too mad if I linger on them.

A Hodgepodge Of The Books

My major issue with Disney’s Artemis Fowl is that it was a combination of books one and two. But not just that. Oh no. They aren’t even combined in chronological order. They are all over the place. The middle from one book, stuck right before the beginning of another. A hot mess.

It made the movie feel very disjointed and confusing. At least for those that have read the series. I had a hard time following what was happening because I was trying to guess just where Disney would go next. If you know the story, the movie feels very rushed. It is one thing to cram one book into an hour and a half long movie, but try to cram in two, and you are going to miss out on a lot of good things.

The fight against the Troll in Fowl Manor is good, but could have been much better. Because the movie itself was so rushed, the action felt like it was jammed in there to be just that — some action. I felt like there was never any real suspense in the movie because there was just too much going on, and nothing seemed to connect. Again, this could be because I have read the books. Maybe it makes more sense to those that haven’t.

Despite all of the bad, there are some good parts to Artemis Fowl. There were a lot of great visuals — especially the fairy world. It was cool to see the fairies come to life and the things that I have read about happen, like a shuttle getting shot up to the surface of the planet and the troll destroy the wedding.

Josh Gad as Mulch Diggums is by far the best part of this film. He narrates the movie, so we see a lot of him. he is perfectly creepy and passes very well for Mulch, who is one of my favorite characters of the series. Josh also came through with the humor when we needed. There were only two times that I laughed out loud watching Artemis Fowl, and both were because of him. Mulch is a dirty pick pocket criminal with a whole lot of sass. And that is just what Josh gave us in his performance.

I have to admit, I even got chills at a certain Artemis Fowl quote toward the end — probably my favorite line of the movie. It was from Artemis himself — “I am Artemis Fowl. And I am a criminal mastermind.“ That gave me hope that if they do continue the series, which they totally set the ending up for, maybe they can do it right next time. 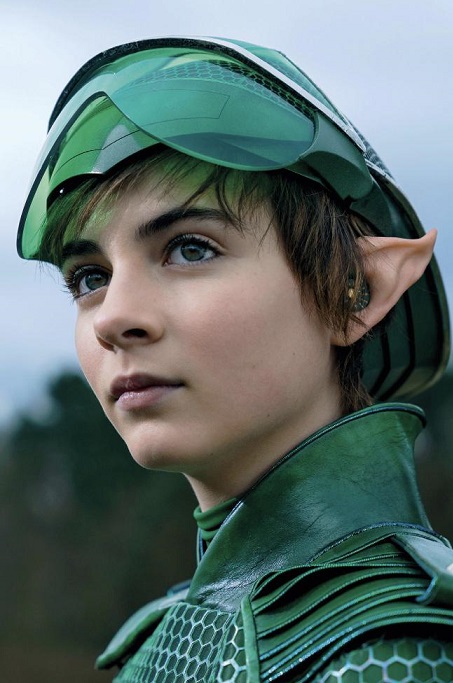 Artemis Fowl had so much potential and while some parts were great (that quote I mentioned, the look of the fairy world, Mulch Diggums), too much of it fell flat. There were too many changes from the source material that are important to the story. Especially if Disney was hoping to make this go on for seven or eight movies (which I so desperately wanted!).

Trying to squeeze too much from the books into one a half hours posed a big problem. The movie becomes disjointed and rushed. This means even viewers who have not read the books, will likely be confused with the story line and unsure what is even going on.

The acting really was great. There wasn’t one actor I thought failed at their role. Ferdia was cold and calculated in moments like Artemis should be. I love the scene of him with his therapist, and of course with him on the phone toward the end. The character of Domovoi Butler was too under used in my opinion. Same with Foaly.

Judy Dench did a great job as Root, but you know my issues with that character change already, as I stated above. Lara McDonnell was also good as Holly Short. I was a little upset by the casting, mainly because in the books she is supposed to have “nut brown” skin, but sure. She did fine with the role.

My issue is with the writing. It was too much, too quick, and too all over the place. Is Artemis Fowl worth a watch? MEH. Sure, check it out. But also be sure to pick yourself up the books if you want to love these characters.

Oh, and if you watch any deleted scene, watch Search for the Book. I hate that it was taken out. But since they changed Holly Short being captured for the ransom, I guess it makes sense. 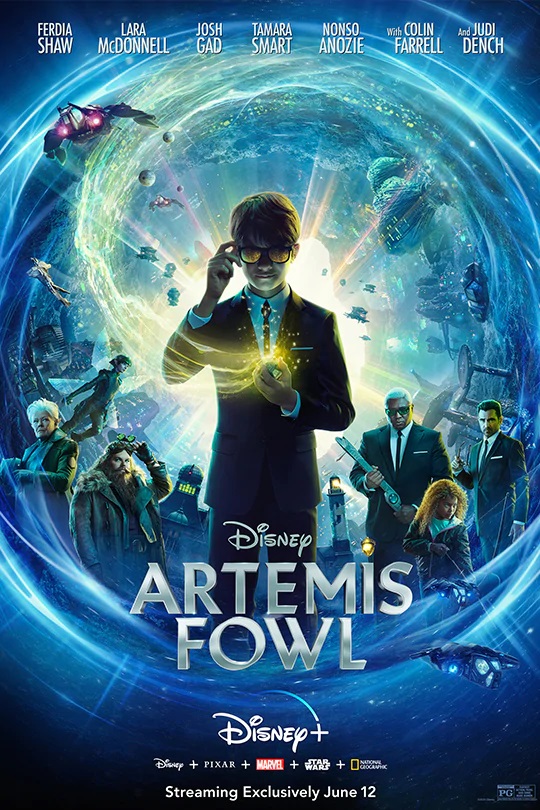 Learn everything you need to know about Artemis Fowl before watching the movie.

Artemis Fowl is a 12-year-old genius and descendant of a long line of criminal masterminds. He soon finds himself in an epic battle against a race of powerful underground fairies who may be behind his father’s disappearance.

[…] Mama’s Geeky  Tessa gives us the scoop on how the many changes from the book series didn’t work for her.  Get Dressed Mommy Monica gives you her honest Mom opinion, Clever? Maybe, Mastermind? No!  Life in Pumps Tomika shares thoughts from the point of view as fans of the book series.  […]