Many of my friends have been telling me for months to watch Big Little Lies – and I finally found the time to binge the first season this week.

After I watched (and loved) Dead To Me, my friends pushed me even harder to watch Big Little Lies, saying it was a very similar show. They were not wrong! Dead to Me is like a funnier version of Big Little Lies – and both are fantastic in their own ways.

Full of Twists and Turns

When I say this show is full of twists and turns, I mean it. Just when you think you know something, they go ahead and switch it up on you. From the first episode I was coming up with crazy theories… and I am sure you will too.

If you love a good crime drama, that keeps you on your toes and second guessing basically everything…this show is for you. 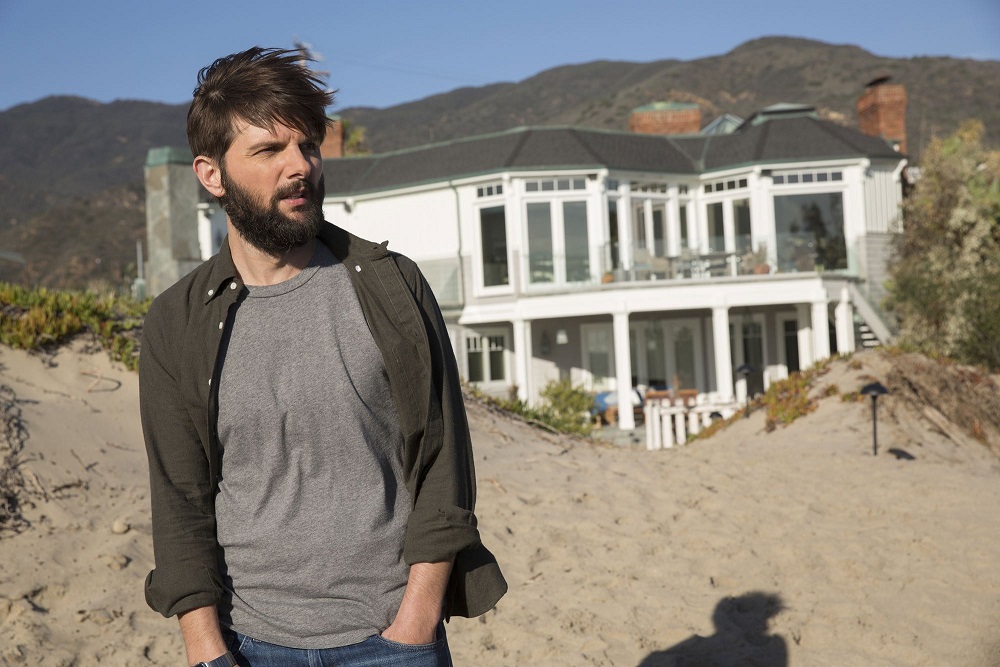 The Acting Was Great

Every single person in this show is perfectly cast – from the kids, to the adults. Every.Single.One. When I hate a character so much that I really hope I see them die (think Joffrey in Game of Thrones) that means they are doing something right.

That time I met Adam Scott!!!

There are characters I truly love and feel bad for too – like Ed. Oh boy do I love Ed. And it isn’t just because I adore Adam Scott (although that might help). He is just one of the many characters I fell in love with while watching this show.

And honestly, the chemistry between them all is great. They all really work well together. The ones that are feuding – did a great job of seeming like they hate each other. And the best friends made me wish I was able to hang out with them.

The story line sucked me right in. We start off knowing that someone is dead. We don’t know if it was a murder, but we assume so because throughout the series the police are interviewing some of the characters. Not all of them of course, because then we would know who was killed.

They leave us guessing most of the time on who the dead person might be – and why it happened. And trust me when I say there are a lot of potential subjects. A LOT. So many of these people had reason to kill and be killed – which is something I loved about the season.

With every episode things got crazier and crazier. There were moments when I was fuming mad, thinking if that was my child, I would kill her.

Yes and no. I really, truly thought that I had something figured out early on, only to second guess myself. Well, as the last episode came to end I realized I WAS right about that thing.

Which honestly says something about the show. It had me second guessing myself – which means it made me unsure of something I swore was going on. The writing is just incredible, and the plot was great. It certainly kept me on my toes.

One of the very last scenes – literally made me GASP! So it wasn’t as predictable as one might think.

Big Little Lies is definitely a must watch – especially if you like a good mystery. This show will have you speculating from the episode to episode. You might even come up with a bizarre theory or two (and you never know, you might be right).

And now is the perfect time to watch it because…