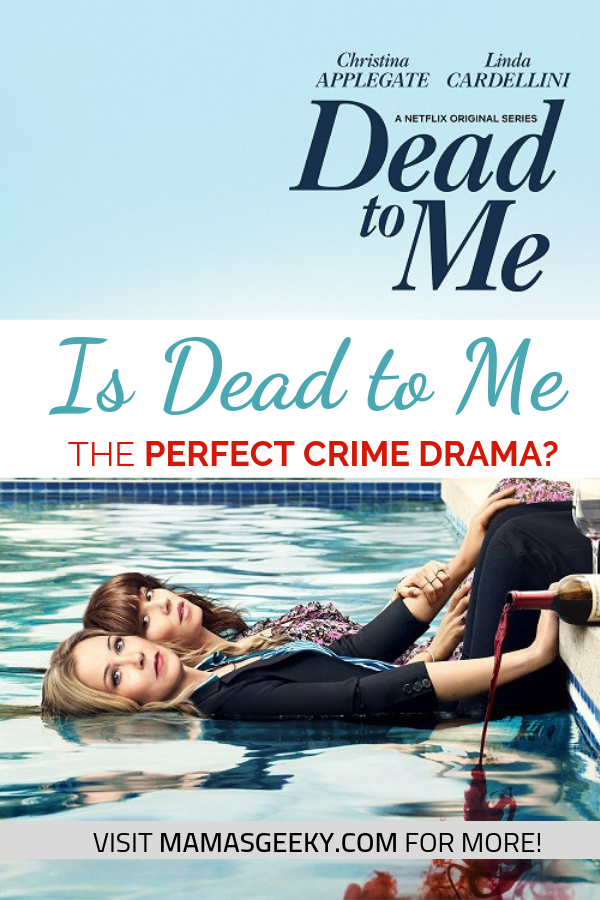 I love a good crime drama – especially when it filled with twists and turns like Dead to Me. When I first saw the trailer for this Netflix show, I was intrigued. After seeing several of my friends watching it (and loving it), I decided I would give it a shot. And I am so glad I did!

So Many Twists and Turns

Well, I was immediately sucked in, and finished it in two days. Each episode ended with a new twist or turn, and I could not wait to see what was going to happen next. While parts of Dead to Me were predictable, there were several shocking plot points that I did not see coming.

The story just kept getting crazier and crazier – and I was there for it! It was so crazy that I went back and watched it a second time through, just to see if there were any hints of things that I could catch. And there were! From beginning to end, this story was thrilling and captivating. And there was no way I could have guessed what was going to happen at the end.

Christina Applegate, Linda Cardellini, and James Marsden were insanely amazing in this show. I am a big fan of James (he is darn near perfect in Westworld) and had a feeling I would like him in this role. But WOW. He really blew me away. I loved to hate him. And it is hard for me to hate that man, so that says a lot.

The chemistry between Christina and Linda in Dead to Me was off the charts. I loved seeing their relationship grow and change in ways I never expected. It might sound crazy, but I think I would really enjoy a night by the pool with a bottle of wine with these two!

The kids in this were great too – as well as the rest of the supporting cast. They made the story very believable. I never once felt like the story was not propelling forward, which is not the norm for me in a ten episode television series.

Is Dead to Me the perfect crime drama? No. Is it worth a binge? Yes! The very last scene made me jump out of my chair and call my best friend who I know had watched it. We speculated – will there be a second season? One can only hope.

However, it would have to be done right. The first season was too good to mess up. But do I think they can pull it off? I sure do! Fingers crossed we get a second season that holds up  – and exceeds expectations.

About Dead to Me

Jen (Christina Applegate) is a sardonic widow determined to solve her husband?s recent hit-and-run murder. Judy (Linda Cardellini) is an optimistic free spirit who?s recently suffered her own tragic loss. When the two women meet at a support group, they become unlikely friends despite their polar-opposite personalities.

But as they bond over bottles of wine, Entenmann’s cookies and a shared affinity for The Facts of Life, Judy desperately tries to shield Jen from a shocking secret that could destroy her life as she knows it.

Dead to Me, created by Liz Feldman (2 Broke Girls, One Big Happy), is an addictive dark comedy that dives into the painfully unfiltered, weirdly funny waters of grief, loss and forgiveness.

Watch Dead to Me on Netflix now!