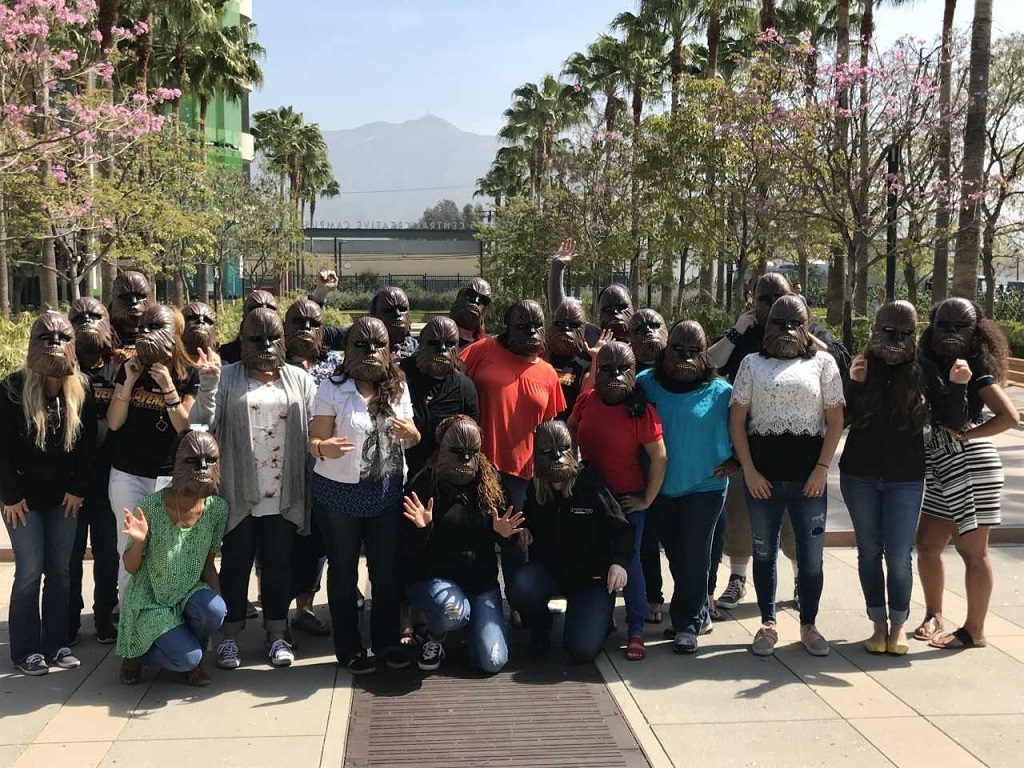 Today is Star Wars Day (May the 4th be with you) and to help celebrate, I want to tell you about an amazing thing you can do. Lucasfilm and Star Wars: Force for Change have given us as a country a challenge – Roar For Change. Star Wars invites fans and families to share their own version of Chewbacca’s iconic roar. I know my girls were itching to do theirs – me, not so much. I just don’t have the skills for it. But for charity, OK, bring it on. This challenge could potentially earn up to $1 million for UNICEF, who do lifesaving work for children around the world. Why would you not put your Chewbacca face on and roar from the rooftops for that?!

For each public post, like, or share on Facebook, Instagram, or Twitter that includes #RoarForChange between May 3 – 25, 2018, Star Wars: Force for Change U.S. will donate $1 to UNICEF USA, up to $1 million. Fans can share their best Chewbacca impersonation, don a voice-changing Hasbro’s Electronic Chewbacca mask. You can even create a Dubsmash using one of Chewbacca’s best-known roars from the Star Wars saga – which will be hosted on the app’s homepage through May 25th, making it easy to find.

Be sure to show your #RoarForChange support today! For every Chewbacca roar, retweet, like, and share, Force for Change will donate $1 to @UNICEF!

Nearly one in four children worldwide are severely malnourished. UNICEF is working in 190 countries and territories to defend children’s rights and, among other issues, help address malnutrition. On behalf of Star Wars: Force for Change, funds unlocked through this campaign will help UNICEF to provide Ready-to-Use-Therapeutic Food packets to children suffering from malnutrition, helping them to have a chance at a brighter future.

About Solo: A Star Wars Story

Board the Millennium Falcon and journey to a galaxy far, far away in SOLO: A STAR WARS STORY, an all-new adventure with the most beloved scoundrel in the galaxy. Through a series of daring escapades deep within a dark and dangerous criminal underworld, Han Solo befriends his mighty future copilot Chewbacca and meets the notorious gambler Lando Calrissian, in a journey that will set the course of one of the Star Wars saga’s most unlikely heroes.