2017 was a fabulous year for movies. Some of my very favorites were released – and I was lucky enough to attend the red carpet premiere for two of them! While there were a lot that I loved (and a handful of ones I did not), there were 10 that really stood out to me. Yes, there is pretty much a common theme with them – I am a total comic book fan girl and this list shows it. So without further ado, here are my top 10 favorite films of 2017, plus 5 that are slated for 2018 that I just cannot wait for!

Guardians of the Galaxy Vol. 2

This shouldn’t be a shocker for any of you. I have a full sleeve tattoo dedicated to the Guardians of the Galaxy (specifically the portrayal of them in this film). I interviewed James Gunn and it was one of the best moments of my life. He even featured a photo of us on his Instagram. So yea, this was my favorite film of 2017. It was the perfect mix of action, humor, and all around fun. The soundtrack is out of this world. I thought nothing could top the first one and then James Gunn blew me out of the water with this one. Needless to say, I am anxiously awaiting to see what he does in volume 3.

Another fantastic Marvel film from this year. Taika Waititi has been one of my favorite directors for quite some time now (What We Do In The Shadows – brilliant), so I was happy to see him jump into the MCU. He totally outdid himself with Thor: Ragnarok. I said it before and I’ll say it again – it was a very Guardians-esque movie and reminded me of my top film of 2017, Guardians of the Galaxy Volume 2. The humor, the action, and of course, the colors and music. I loved it. As a Marvel fan, I really enjoy the direction these films are going in.

I love spooky movies. This one really hit the mark for me. I never looked at IT as true horror – because it’s not. In my opinion, it is very much a coming of age story. And about the difference between adults and children. This remake hit all the marks and then some for me! I was super impressed!

Big shocker – another comic book movie is in my top 10 movies of 2017. Spider-Man: Homecoming is hands down my favorite Spider-Man movie – ever. And that says a lot. I loved Toby, he was the perfect Peter Parker. Andrew Garfield – the perfect Spider-Man. Tom Holland? Well he plays BOTH perfectly. I also really liked that we didn’t have to sit through another origin story. We know how Peter Parker became Spider-Man. This movie threw one or two lines at it and moved on. Genius.

What an incredible thriller this was. I was on the edge of my seat almost the whole film. I did predict the twist at the end about halfway through the film – but I still loved how it was done. What a great movie, with a great ending. Easily one of my favorites of the year.

We can’t talk about 2017 movies and not talk about The Last Jedi. I know a lot of people are upset about it, but I just don’t understand why. I loved the changes that Rian brought to this film, and I cannot wait to see where the series moves on from it. It was extremely well done. The visuals were amazing. And somehow, I left the theater adoring Kylo Ren.

I am a sucker for a war movie – but it has to be done perfectly. That is what I think Dunkirk was. Christopher Nolan is a brilliant director, and I was really pleased with how he did with this film. I loved the three different takes on the same events going on at the same time. This movie flew by when I went to see it in theaters. I knew it was a 2 hour movie and I felt like I had been watching it for 30 minutes at most. I have already watched it 3 times – and likely will again!

So much to say about this movie but I want to avoid spoilers. Let’s just say that Hugh Jackman was amazing, as was Dafne Keen. This movie had me crying, laughing, and loving the action scenes! It was the full package and I highly recommend seeing it. Especially if you are a Wolverine and Marvel fan.

The LEGO movies are always a lot of fun. This one in particular is one that I can watch time and time again. Will Arnett is the perfect voice for Batman and so was Michael Cera as Robin. This duo was great together and had me laughing time and time again. The plot of this film was pretty good too, and kept me entertained throughout it. This is a great movie that the whole family will love. 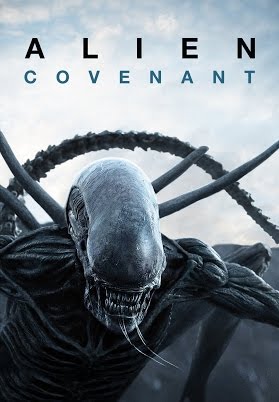 I didn’t see any of the Alien movies until 2017 (I know! I know! I am sorry!). In preparation for Covenant, I watched them all and fell in love with the series. It is definitely something that is right up my alley and I don’t know why I didn’t watch them sooner. All that being said, I really enjoyed this installment in the franchise. It was entertaining, and the plot wasn’t as bad as some people said it was. All in all, I think it was a fun film that I would watch again and again.

This should come as no surprise to just about every single person I know. I am dying to see all of my favorite characters come together to kick Thanos right in his butt (hopefully). Yes, I know pretty much everyone is going to die. At least, I am preparing myself for that to happen. Be sure to check out my trailer reaction video – I was shaking for a full hour after watching it! May 4th cannot come soon enough. I need to see this film. NOW.

Black Panther is, admittedly, not at the top of my list for Marvel characters. However, I have been loving what little we have seen of him in the MCU. Thanks to Disney’s deal with Fox, I am hoping we might see Storm enter his life in the future. And THAT would make this Marvel Fan Girl extremely happy. They are one of my favorite Marvel couples and I can’t wait to (hopefully) see him with his Queen. Black Panther will hit theaters February 16th, and I will be the first one in line at my local theater!

So, obviously I love superheroes. Because of that, one of my favorite Pixar films is Incredibles. I loved it! All of the super powers and the battles – what a great film with a great lesson (be yourself!). The teaser trailer that was released has me even more excited for Incredibles 2 than I was before. I cannot wait to see what trouble baby Jack Jack gets in to when it hits theaters June 15th!

This movie looks like it will be full of so many geeky references that I will have to watch it multiple times to catch them all. Just the trailer alone had so many that I watched it at least 15 times and still didn’t catch them all. I ended up looking them up. This movie will hit theaters on March 20th and this geeky girl can’t wait to check it out! 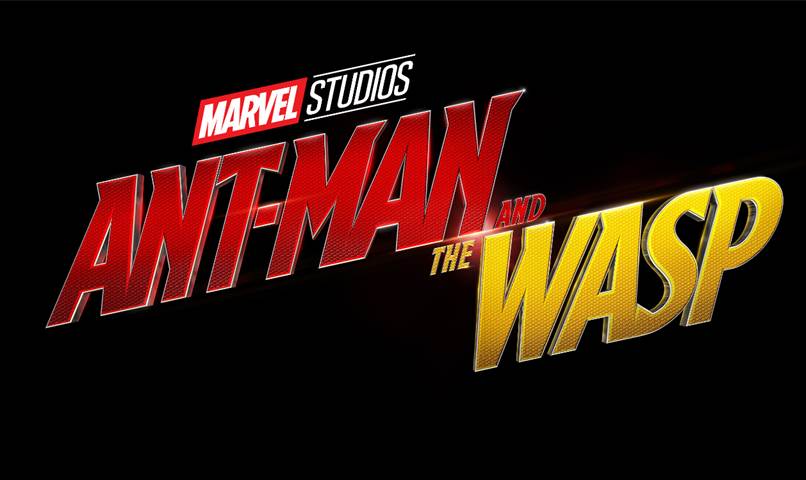 Ant-Man and The Wasp

I adore Paul Rudd as an actor. I admit, I was a little bit skeptical when he was first cast to play Ant-Man, but ended up being VERY pleasantly surprised by him. Ant-Man is also one of my favorite characters from the comics (yes, the Scott Lang version and YES, I pretty much say that about every Marvel character because they are all special in their own way), so I am really looking forward to his next chapter in the MCU. July 6th is when it comes to theaters and I can’t wait to go see it!

What was your favorite movie of 2017?