Shuma-Gorath is an extremely powerful being who has history with Doctor Strange — here’s what you need to know from Marvel Comics.

Shuma-Gorath is one of the Great Old Ones, an ancient force of chaos, and an extremely powerful creature. He has gone toe to toe with several Marvel characters, but most often and notably he fights with Doctor Strange. His biggest foe is the Vishanti — fans will recognize that name because that is the training of Wong and Doctor Strange. Here is everything you need to know about Shuma-Gorath from Marvel comic book lore, in order to really understand his threat in the MCU. 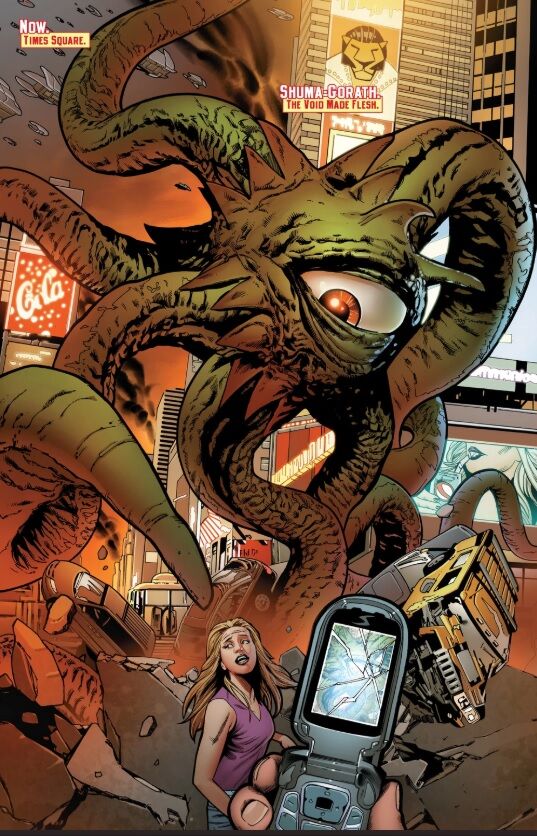 Shuma-Gorath is sometimes said to be omnipotent, and he possesses vast supernatural powers. He is considered to be one of the primal powers of chaos (Scarlet Witch anyone…) and virtually unstoppable. Considering the fact that he seems to always come back, it is unknown if he can actually ever truly be killed.

His skin is rubbery and heavily armored, making it difficult to damage him except by the most powerful magical spells. He has one great central eye, and anywhere from six to eight tentacles. He has numerous pincers and claws, in addition to a large, fanged maw. He has been depicted as both greenish and purple in color. It is stated by The Vision that Shuma-Gorath exists on many planes and thus his true form cannot be seen by humans. It is also thought that he can alter his appearance at will.

Among his many mystical powers is the ability to communicate with and control others that are in his vicinity and across dimensional barriers. He can create and direct powerful blasts of mystical energy (usually from his eye and/or tentacles) and affect transmutations on a planetary scale. He has the ability to destroy galaxies. He can also manipulate and destroy realities.

Shuma-Gorath himself claims to be nothing except power, and his form is just the shell that contains it. His purpose is to travel between realities and conquering them, as well as force the inhabitants to worship him.

In short, he is ridiculously powerful, and not someone you want to be up against. 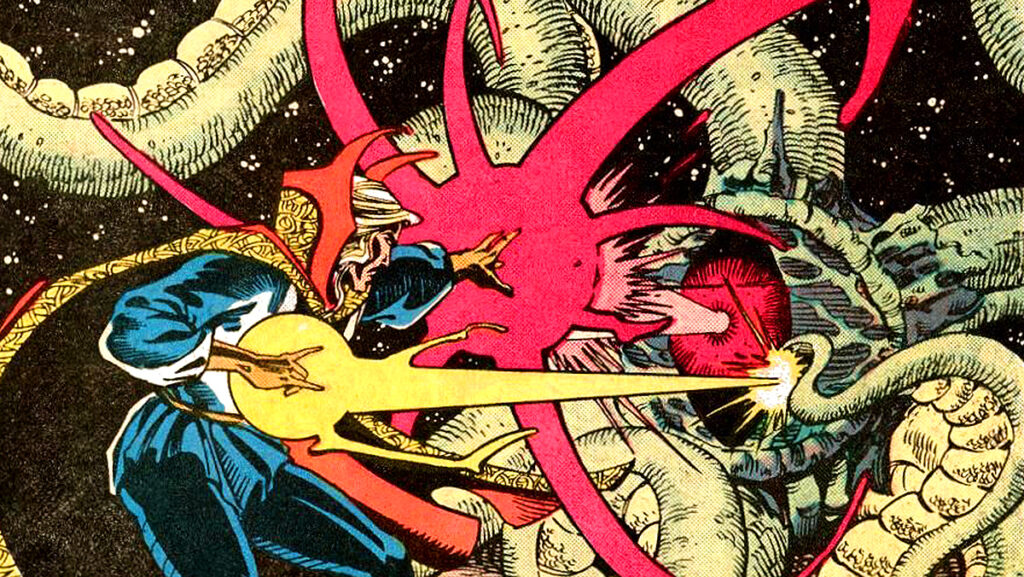 Shuma-Gorath’s first appearance was an encounter with Doctor Strange in Marvel Premiere #10. In this story line Strange was forced to kill the Ancient One to stop Suma-Gorath from coming to Earth through her mind. He decides to go back in time, hoping to kill Shuma-Gorath there, and thus save the Ancient One’s life. In Strange Tales #14, Doctor Strange actually merges with Shuma-Gorath in order to prevent a similar invasion by using his own power against him.

Shuma-Gorath not only appeared in Marvel Studios’ What If…? Episode 4 alongside Doctor Strange, but is also rumored to be at least one of the villains in Doctor Strange In The Multiverse of Madness. Because of their comic book history, and the quick appearance of him in the Disney+ show, this seems quite likely.

It’s Doctor Strange at his very best, brought to you by a host of top-flight creators including Roy Thomas, Gene Colan, Stan Lee and Barry Windsor-Smith! They’ll take you on a trip to the dark side of the Marvel Universe, and bring you before the Undying Ones, Baron Mordo, the cosmic threat of Eternity and the eldritch horror of Shuma-Gorath! Then, Steve Englehart and Frank Brunner break new boundaries of cosmic consciousness and other-dimensional adventure. Their all-time classic “Sise-Neg Genesis” and “Silver Dagger” sagas are strikingly personal epics featuring deliriously lush art and stories that plumb the depths of Strange’s soul! Also: Witness the death of the Ancient One, and Doctor Strange’s ascension to Sorcerer Supreme! 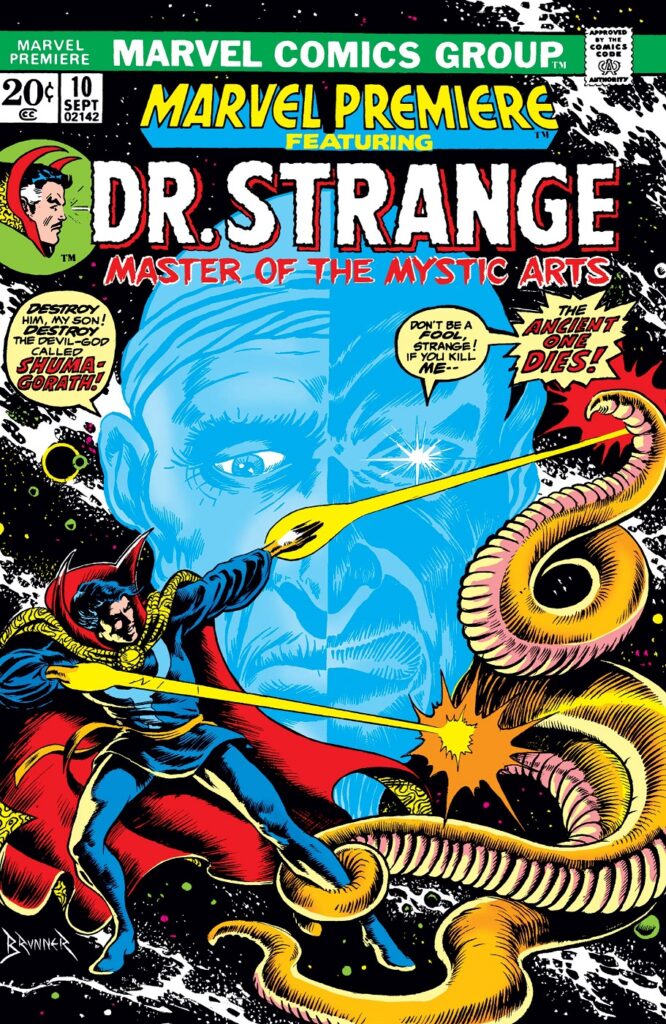 Currently very hard to get your hands on as they are from 1972, but it is the first appearance of Shuma-Gorath, and worth checking out!