Cobra Kai is one of the best shows on Netflix and with season 3 fast approaching, I wanted to share a collection of the best memes.

I might have been late to the party when it comes to Cobra Kai, but now I am totally on board. This show just gets better and better and after having watched season 3, I think it is one of my favorite shows of all time. Here is a collection of my favorite Cobra Kai memes.

Be sure to check out my Cobra Kai season 3 review.

Here is a collection of the best and funniest memes about one of the best shows on Netflix. As always, none of these are meant to offend. Enjoy! 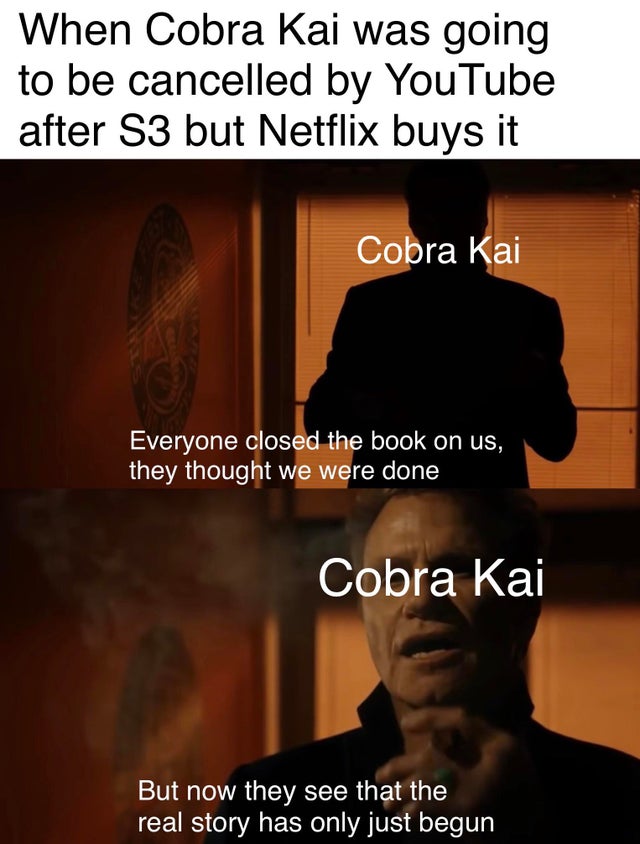 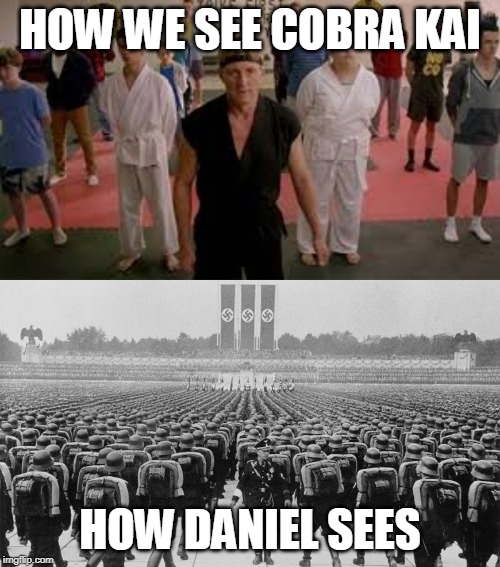 If you liked this collection of Cobra Kai memes, check out my other memes collections.

COBRA KAI takes place over 30 years after the events of the 1984 All Valley Karate Tournament with the continuation of the inescapable conflict between Daniel LaRusso (Ralph Macchio) and Johnny Lawrence (William Zabka).

Season 3 finds everyone reeling in the aftermath of the violent high school brawl between their dojos, which has left Miguel in a precarious condition. While Daniel searches for answers in his past and Johnny seeks redemption, Kreese further manipulates his vulnerable students with his own vision of dominance. The soul of the Valley is at stake, and the fate of every student and sensei hangs in the balance.

I’m in love with Cobra Kai. I think Meguel is such a good kid. I cried when Robby kicked him over the railing😖😡😫🥺. Over all it was an amazing show and I can’t wait for season 4. Also love ur memes and quotes and ur other stuff to.👍🏻❤️