A Babysitter’s Guide To Monster Hunting is now available to watch on Netflix and earlier this week my daughters and I got to interview the cast! 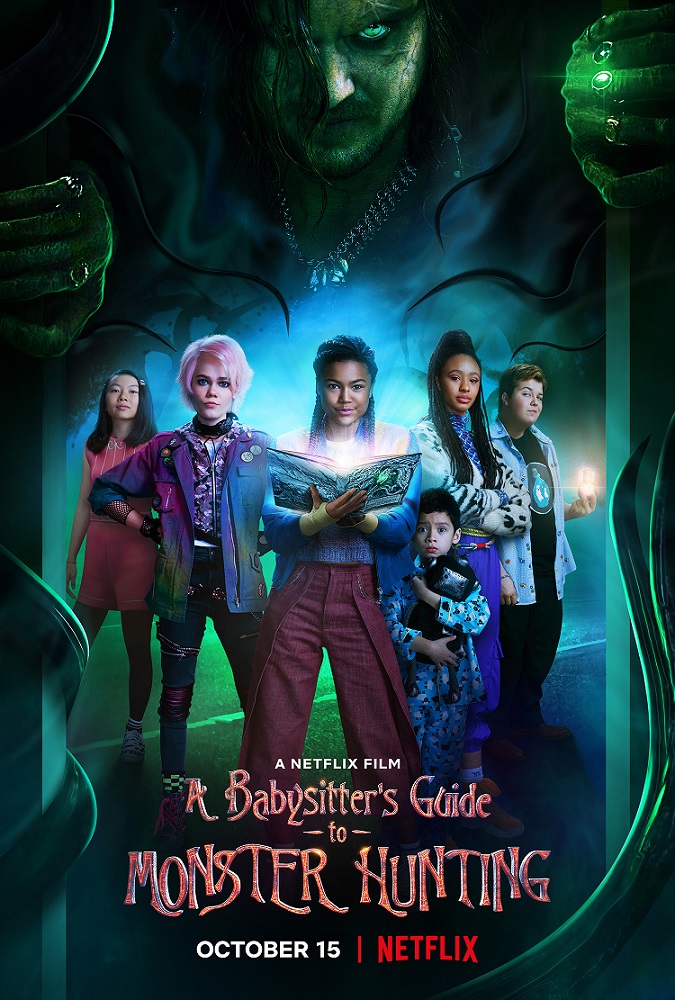 A Babysitter’s Guide To Monster Hunting is a new Netflix movie that is actually based on a book series. So already we have our fingers crossed that we will get some more of these movies! This one is action packed, a great introduction to the characters, and there are even some spooky moments — making it perfect for Halloween!

Earlier this week my daughters and I were lucky enough to sit down and chat with a lot of the cast about this amazing movie. Read on to learn some fun facts about filming, what it was like working with Draco Malfoy (I mean Tom Felton), and even what their biggest fears are!

During our A Babysitter’s Guide To Monster Hunting interview we were able to chat with all five of the babysitters:

Each and every one of them were super sweet and it was obvious, they were happy to be there to talk to us! My girls were over the moon because we had just watched the movie the night before — and then again that morning. Yes, it is that good!

Above is a video of the questions that we got to ask the cast, but there was so much more that we learned during the interview! Here are some of my favorite things that we learned.

What Kind Of Monster Would They Be

Their Biggest Fears (And Overcoming Them)

About A Babysitter’s Guide To Monster Hunting

Based on the first installment of Joe Ballarini’s popular scary book series of the same name, A Babysitter’s Guide to Monster Hunting is directed by Rachel Talalay, produced by Ivan Reitman and Amie Karp, with Naia Cucukov, Tom Pollock, and Ilona Herzberg executive producing. Alessio Scalzotto, Tamsen McDonough, Ashton Arbab, Crystal Balint, and Ricky He also co-star in this action-packed adventure about working together to overcome your fears.