Marvel’s Avengers may not be a perfect game, but it is a ton of fun to play – especially after you finish the story campaign. 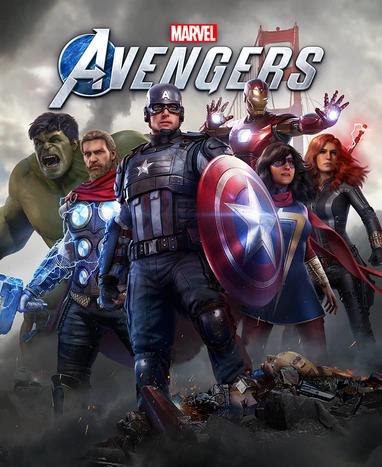 If you guys don’t know that I am a huge Marvel fan then you don’t know me at all. So of course I was hyped to play Marvel’s Avengers so that I could channel my inner hero. Not to mention, Kamala Khan is one of my favorite Inhumans so to see her at the front and center of this game is EVERYTHING.

I am a big fan of characters you can continue to level up, so that is a big plus for me here. I also really liked being able to hit a button that would show me the way to go — and any loot that might be close by — when I needed it.

I had a lot of fun playing the story campaign for Marvel’s Avengers. If you missed it, I played the entire thing LIVE on YouTube, which could be part of why it was such a blast to play. I stuck strictly to the story line and didn’t do any side mission stuff.

Every once in a while I went to my chat to figure out just what I was supposed to be doing, but it was more or less a straight forward campaign. Probably my favorite thing about it was getting to see Kamala geek out over the Avengers — something I would totally be doing in her shoes.

The story is fun, and the final boss was pretty darn amazing. It is quick though, which honestly, I was a fan of. A game like this for me, is all about the after play. The story was good, and I loved the fights along the way, but I am going to keep coming back for the leveling up — and the DLC content. So while I think this story served its purpose, it isn’t the meat and potatoes for me in Marvel’s Avengers.

My Issues With The Game

If I am being totally honest there isn’t a whole lot about this game I don’t like. And yes, I know I am bias toward anything Marvel and getting the chance to play as my favorite characters clouds my judgement. That being said, there are still some things in this game that I am not a giant fan of.

The way that you find loot is a big fat MEH for me. Sure, I like that there are chests to open (that take what feels like forever to open) but sometimes the lead you far away from the mission at hand and honestly, it just gets annoying hunting them down. I much prefer when an enemy drops something, or the chest is near where the action of the mission is. Honestly, I found myself skipping chests just because I didn’t want to run 200 feet in the opposite direction of where I was going to open it.

Speaking of slow things in this game — the load screens just about killed me. I felt like I could take a nap while I waited for the missions to load. The worst though was while in the middle of action, and I die, starting that mission back up would take FOREVER to load. I have read that they know, and are working on this, so hopefully it won’t be an issue for much longer.

This last thing is me being super nitpicky and I know it. But having to walk slow while at the base was annoying. This isn’t new, this happens with games all the time, but I like to hustle! It is part of the reason I don’t always like playing with big characters, they are slow.

Play As Your Favorite Characters

You can currently play as Ms. Marvel, Black Widow, Hulk, Iron Man, Thor, and Captain America (after you beat the game and unlock them all of course). Hawkeye is up next and I cannot WAIT for that DLC to become available! If you didn’t already know, Hawkeye is one of my favorite Marvel characters. That is part of the reason I was so excited to interview Jeremey Renner for Captain America: Civil War.

Marvel’s Avengers is a game that any Marvel fan will have fun playing. Is it perfect? No. But is the story line a lot of fun — YES! Plus, the game isn’t over when the story is over. That is my favorite type of game so that makes Marvel’s Avengers one of my top games right now.

I am really enjoying level up my characters and getting them new gear. I have a feeling this is a game I will be playing for a very long time, especially knowing that there will be lots of new DLC additions!

Marvel’s Avengers is an epic, third-person, action-adventure game that combines an original, cinematic story with single-player and co-operative gameplay*. Assemble into a team of up to four players online, master extraordinary abilities, customize a growing roster of Heroes, and defend the Earth from escalating threats.

Get your copy of Marvel’s Avengers now!