I have been looking forward to Maleficent: Mistress of Evil for quite a while now, so I was thrilled to be able to attend the red carpet premiere in LA! Not only was the movie amazing (full review coming when embargo breaks soon!), the night was unforgettable. After the movie, we hit the after party for a night of food, drinks, and dancing.

If you have been following me for a while than you know I have walked several red carpet premieres. The Maleficent: Mistress of Evil premiere was at the El Capitan — one of my favorite theaters to watch a movie at! One of my favorite things was seeing one of the dresses that the stunning Angelina Jolie wore as Maleficent at the end of the carpet.

There were several different photo opportunities along the carpet, all of which I took advantage of. Of course I was wearing black because — Maleficent. So I was worried how it would look against some of the black photos that lined the carpet. But the photos were done so well my dress didn’t blend in at all, and I looked great.

Attending the After Party

Like I said, the movie was fantastic. However, I can’t tell you much yet since it is still under embargo — stay tuned because you know I can’t wait to give you my full review. After having shed a tear or two (big surprise right?), we headed out of the theater and headed to the after party. And I have to admit, this was one of the best after parties I have attended. There were so many cool things that really hit the theme of the film.

One of my favorites was totally the Dragon’s Breath treats. These were rice krispie treats that were in dry ice (I think) which caused them to be really cold and actually let off steam. So when you put them in your mouth and blew out — you actually blew out smoke! It was a really cool effect and had one of the longest lines. 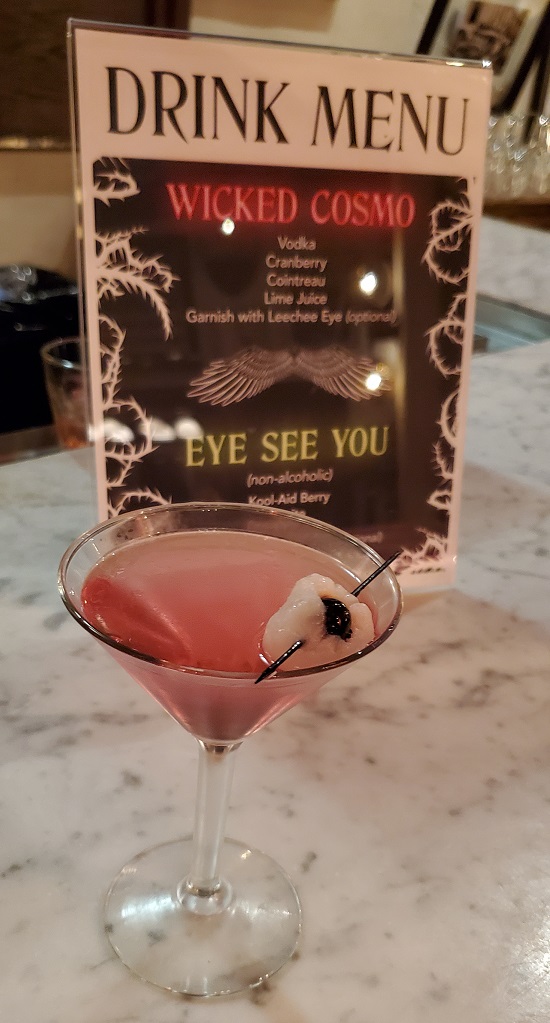 Of course everything is themed — the drinks (a Wicked Cosmo and Eye See You), the food (of course you had to have spicy fried chicken), and the photo opportunities! One of my favorites was the giant Maleficent wings

I met several different celebrities at the Maleficent premiere — and spotted even more. Hands down the coolest part of the night was spotting Angelina and her kids at the after party. They were having the time of their lives! Dancing around and just having a blast. It was seriously the cutest thing ever (and yes it made me miss my kiddos).

I got photos with Elle Fanning, Ed Skrein, Sam Riley, and Jon Voight — who were all super sweet. I also spotted Chris Hardwick, who I adore, but he was deep in conversation and I didn’t want to bother him. Also, I have met him before (at the Guardians of the Galaxy Volume 2 premiere) so I didn’t feel like I was missing out.

About Maleficent: Mistress of Evil

A formidable queen causes a rift between Maleficent and Princess Aurora. Together, they must face new allies and enemies in a bid to protect the magical lands which they share.