Thank you Disney for this amazing experience! All opinions expressed are 100% my own. 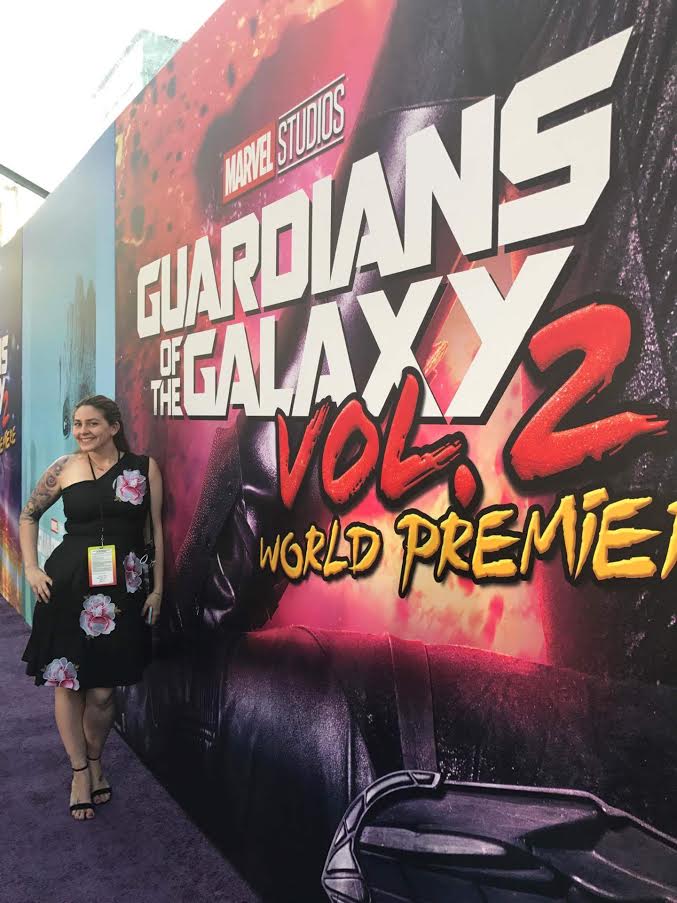 As many of you know, I am a HUGE Marvel fan – I mean, my Twitter handle has been MarvelGoddess24 since I joined Twitter. I love the comic books and I love the MCU (Marvel Cinematic Universe). Guardians of the Galaxy (GotG) has been one of my favorite comic book series for years and years now. It always stood out to me because of the unique characters and all of the adventures they go on. When the first movie was announced I was thrilled and when the second one was, I was even more excited. Last year, I got to go on the set of GotG Vol. 2 and it was one of my favorite experiences – until now. I was luckily invited to LA to walk the red carpet premiere and see the film before many others were able to – and my mind was BLOWN. 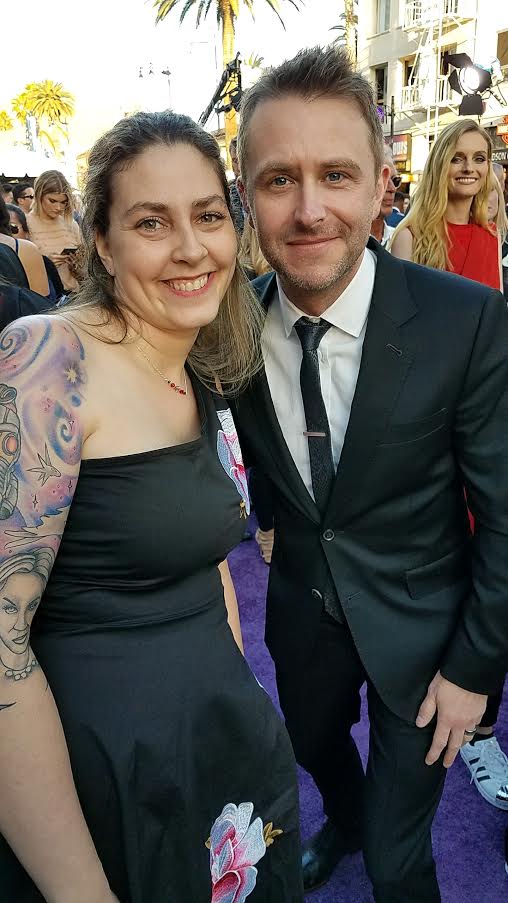 Arriving on the red (well purple) carpet for a movie this huge was surreal to me. As a giant fan of the series, I was almost overwhelmed. The carpet was packed with celebrities who were just as eager to see the movie as I was. I bumped into Nick and Vanessa from the bachelor and Chris Hardwick, who is one of the biggest nerds of them all so you know I was freaking out. At one point I even saw Nathan Fillian. Our eyes met and I waved – he then crossed over the rope to come say hi for a second. As I was walking down the carpet, I got to see all of the incredible stars from the film doing interviews which was really cool. To see them all lined up in a row chatting with different TV hosts was pretty awesome and something I will never forget. 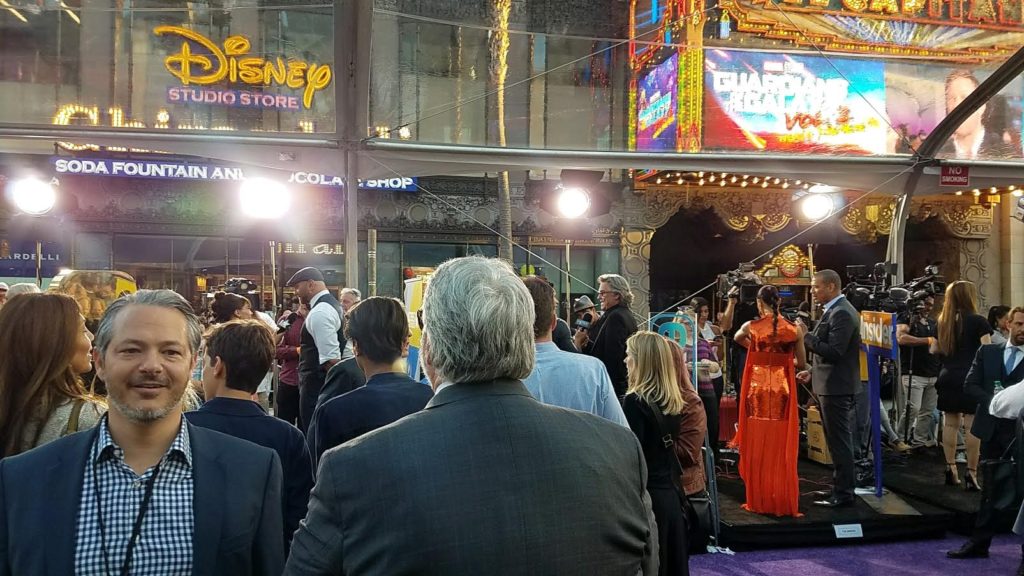 I have done other red carpet events before, but I must say, there is nothing like a Marvel red carpet. You might know that I hit the carpet for the release of Captain America: Civil War too and this was just as crazy. There is a ton of security that continuously ask you to move along. Of course, I move along, but very slowly. There is so much to see and take in while on the carpet – there really is nothing like it. The carpet is filled with stars from the film – and those that are just fans of Marvel (how could you not be). If you are ever lucky enough to attend one, I highly recommend taking your time and experiencing it all.

Get Ready to Have Your Mind Blown!

But then it was movie time. They took our phones and locked them away before we could enter the Dolby Theater to see the movie (yes, THE Dolby Theater – where the Oscars are hosted). I was led to the second row where I joined 24 other bloggers who were blessed with this opportunity. Before the movie started, we saw fog rolling in and the actors were announced and asked to join the stage! James Gunn was with them and emotionally dedicated the film to his parents (more on that in my EXCLUSIVE interview with him to come). 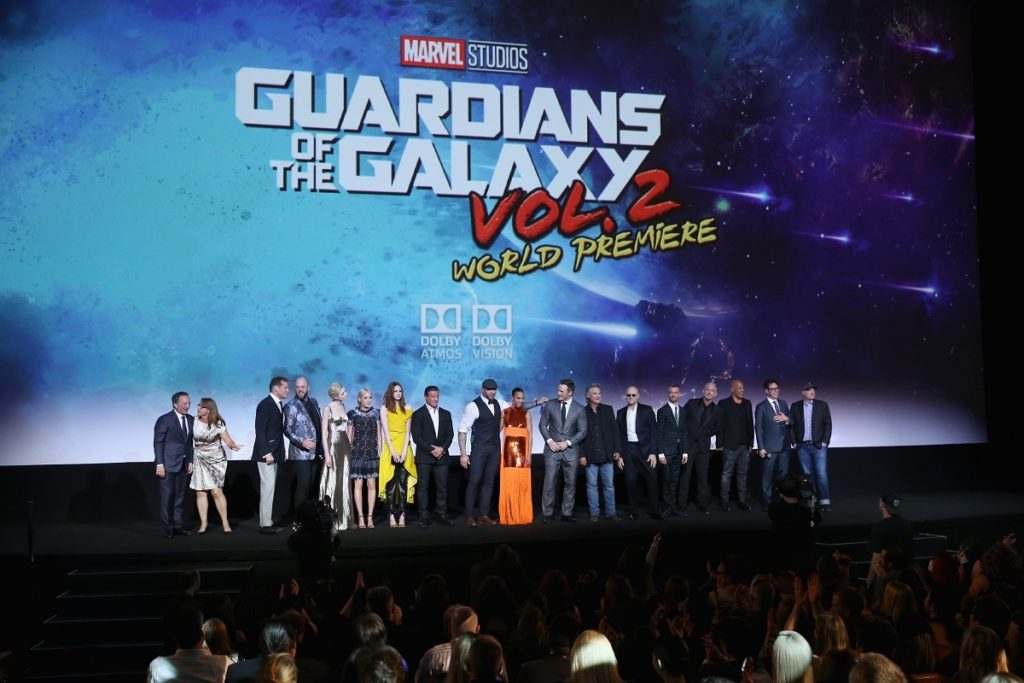 From the opening scene this movie had me in awe. I can pretty much guarantee I had the biggest grin on my face the entire film. Guardians of the Galaxy Volume 2 is going to be the best movie of the year. I don’t care how good Thor is, this is going to beat it. Being a huge fan of the comics, I am always nervous to see my favorite characters come to life. James Gunn did an incredible job in volume one, but he literally blew my mind with volume 2. 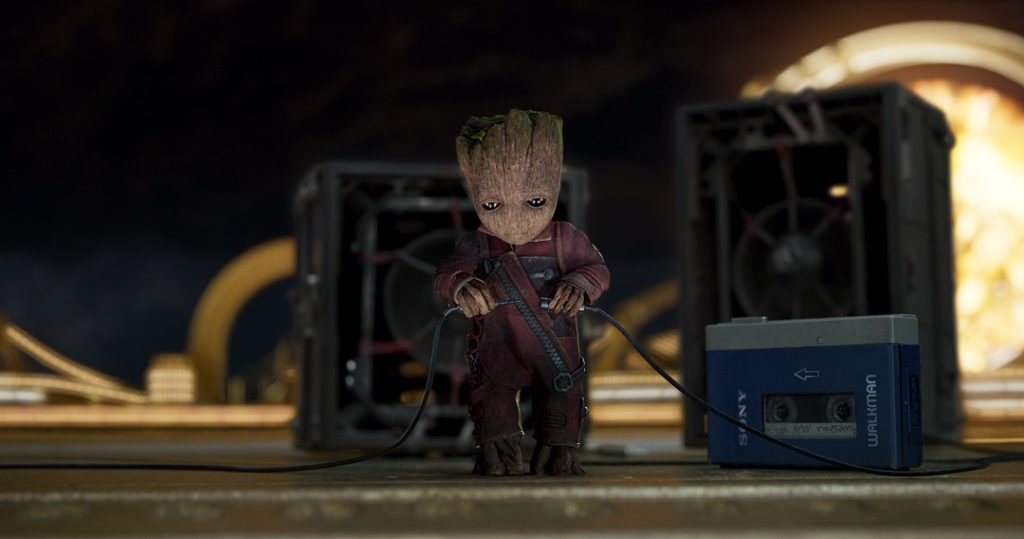 I am glad that I am not going to be able to tell you that one character stole the show – even Baby Groot (although he is adorable). The actors are all incredibly talented and complimented each other perfectly throughout the entire film. From beginning to end, I was caught up in the world of the Guardians. I was invested in them and all of their individual stories, as well as their collective story. The plot (and side plots) of the film are intriguing and filled with action and emotion. I never once lost interest, not even for a second. I sat on the edge of my seat the entire time – just ask those sitting with me. 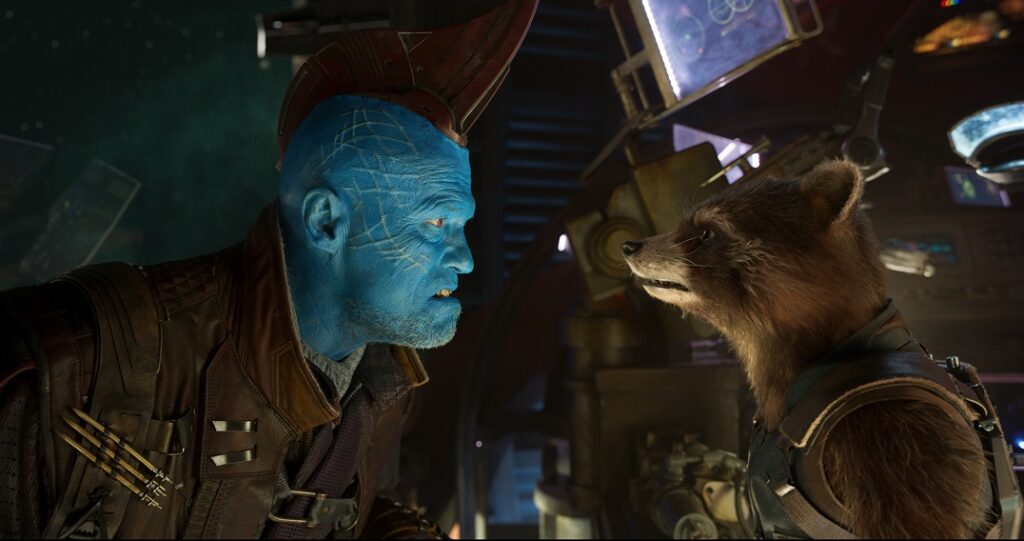 Guardians of the Galaxy Volume 2 had me laughing uncontrollably, crying uncontrollably, and smiling uncontrollably. I am dying to go see it again with my husband when it comes out in theaters May 5. I know I will pick up on things I missed the first time around – and am really looking forward to it. This movie brings the feels guys! You will love some characters, you will hate some characters, and you will even feel bad for some of them. My heart was broken more than once watching this movie unfold. If you are a comic book fan like me, keep an eye out as there are several nods to the comics. Fans will LOVE the Stan Lee cameo. As with any Marvel movie, be sure to stay in your seats all the way through the credits as there are several extra scenes. I refuse to give spoilers but let’s just say one of them made me literally jump out of my seat and gasp! I am not exaggerating, my friend sitting next to me had to pull me back down.

If you loved the first film (how could you not), you will adore the second. It is bigger (and possibly better) so get ready! Obviously. Guardians of the Galaxy Volume 2 hits theaters on May 5! Go opening weekend or you will regret it.