Unfortunately I couldn’t make it out to San Diego Comic Con this year, but that doesn’t mean I am not reacting to ALL the trailers that are being released this weekend. I will be adding them to this post as they go up, so be sure to keep coming back and watch them! You can always check them out on my MamasGeeky YouTube Channel, as well!

I did this last year too – so check out my SDCC 2018 trailer reactions! 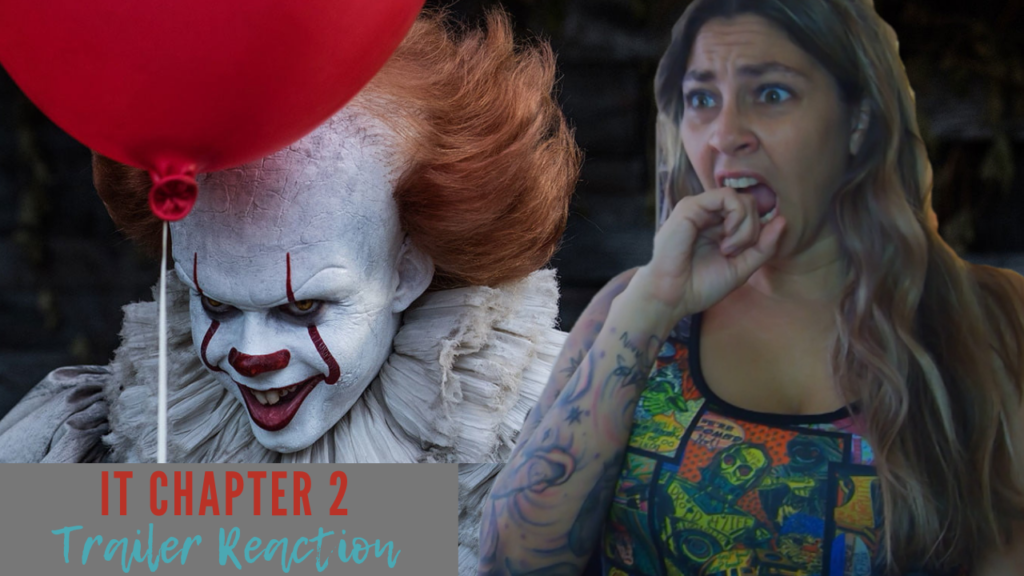 This movie is one that I will see in theaters, but I will probably FREAK OUT while there. And not sleep for days. Last night we were given the heads up, thanks to the IT Movie twitter, that another trailer would drop today. And I seriously couldn’t sleep. I have been nervous all morning.

ABOUT: The evil clown Pennywise returns 27 years later to torment the grown-up members of the Losers’ Club.Evil resurfaces in Derry as director Andy Muschietti reunites the Losers Club – young and adult – in a return to where it all began with “It Chapter Two.” Because every 27 years evil revisits the town of Derry, Maine, “It Chapter Two” brings the characters – who’ve long since gone their separate ways – back together as adults, nearly three decades after the events of the first film.

ABOUT: The stoner icons who first hit the screen 25 years ago in CLERKS are back! When Jay and Silent Bob discover that Hollywood is rebooting an old movie based on them, the clueless duo embark on another cross-country mission to stop it all over again!

Ton Cruise is back as Maverick. This makes me want to watch Top Gun again. I have only seen it a handful of times!

His Dark Material: Season One

The Witcher Season One