To celebrate the DVD debut release of Miraculous: Tales of Ladybug & Cat Noir this week, I have some amazing coloring sheets featuring the show’s two main characters. Perfect for a superhero super fun weekend activity for the kids! My girls LOVE this show and so they were thrilled when I handed them these pages and some crayons. My 4 year old couldn’t wait to go to school and show her friends! 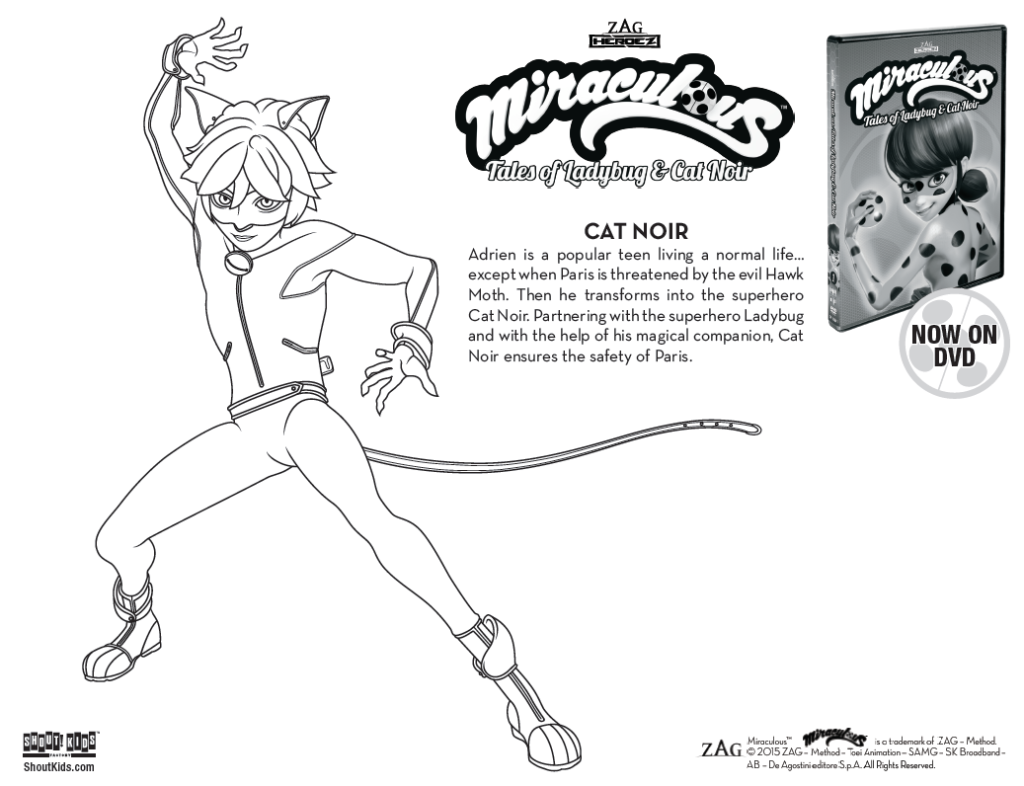 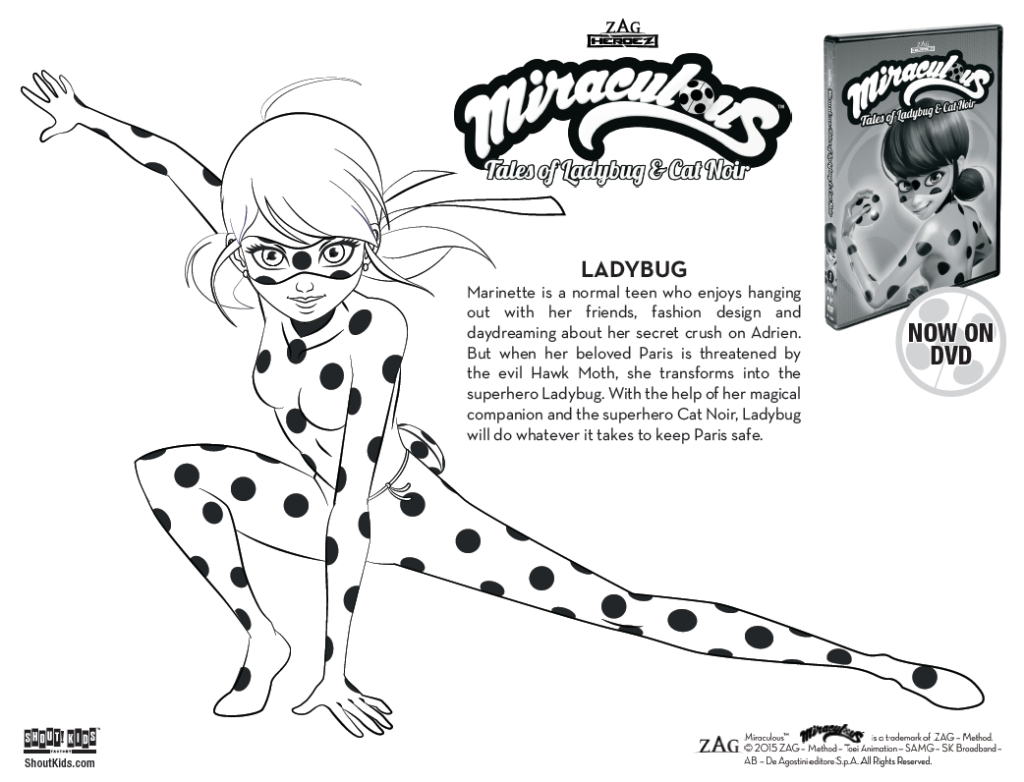 Marinette and Adrien, two seemingly normal kids live what appears to be an ordinary teen life in Paris with daily encounters that create amusing circumstances in school, with friends, family, and even with strangers. But when the evil Hawk Moth threatens their beloved city of Paris, they transform into the superheroes Ladybug and Cat Noir using super powers gained with the help of their magical friends. Hawk Moth is using his evil energy to transform normal people into super villains, so our two heroes need to use all their skills to defeat him.

Becoming Ladybug is a complicated process. First, Marinette needs a “Kwami,” which is a tiny magical assistant (called Tikki). She also needs a “Miraculous,” which is a magical accessory (her special pair of earrings). Tikki uses the Miraculous to transform Marinette, but her Ladybug super powers only work for a limited time!

It is a good thing that she gets a little help from her superhero partner, Cat Noir even though she insists she doesn’t need him. If only she knew Cat Noir’s true identity – her school crush, Adrien! It will take a lot – friendship, teamwork and skill – to outwit Hawk Moth. Will Ladybug and Cat Noir be able to balance their double lives and keep Paris safe? Will they ever find out each other’s true identity? Until then – there is a whole city of baddies to defeat… SPOTS ON, CLAWS OUT!