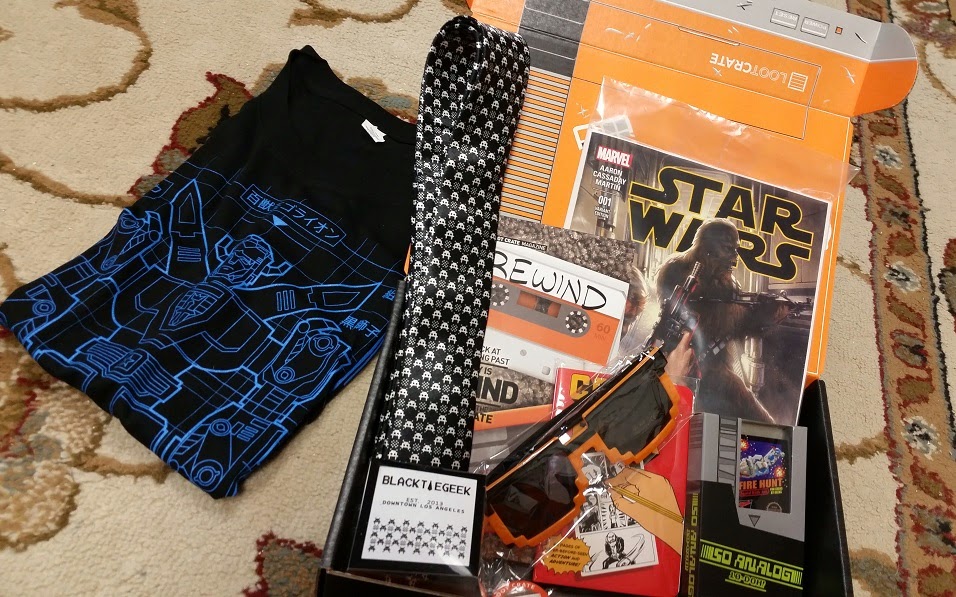 It is no secret that I am a huge geek. I love all things comic books, video games, and the list just goes on. I am not ashamed by it at all, in fact, I embrace it. When I had the opportunity to review a Loot Crate last year, I fell in love with it. So much so, that I now subscribe to it on my own dime. It is an AMAZING subscription box for us nerds and geeks! January’s theme was REWIND and it brought back all the oldies but goodies! 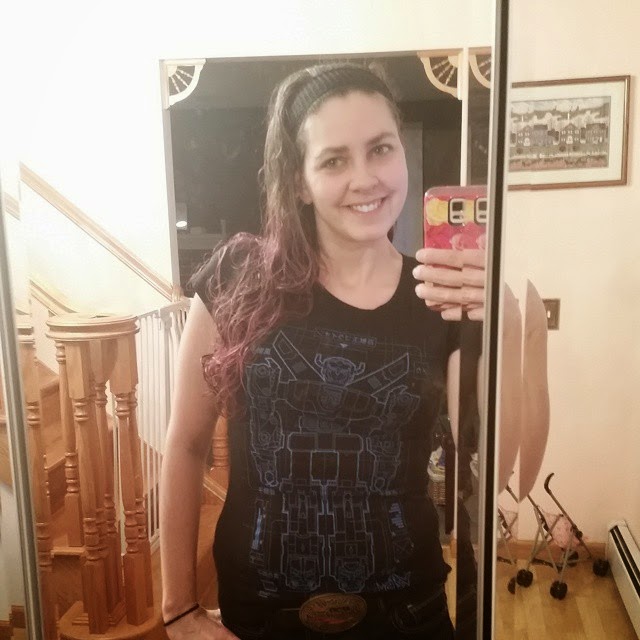 I think my favorite thing from this month’s box is the Voltron shirt. It is super cute and looks amazing on me. Ha! Little bit full of myself there, but it really is an awesome shirt. It is comfy and great quality. I love when Loot Crate has shirts in the box! They are always really geeky and fun! 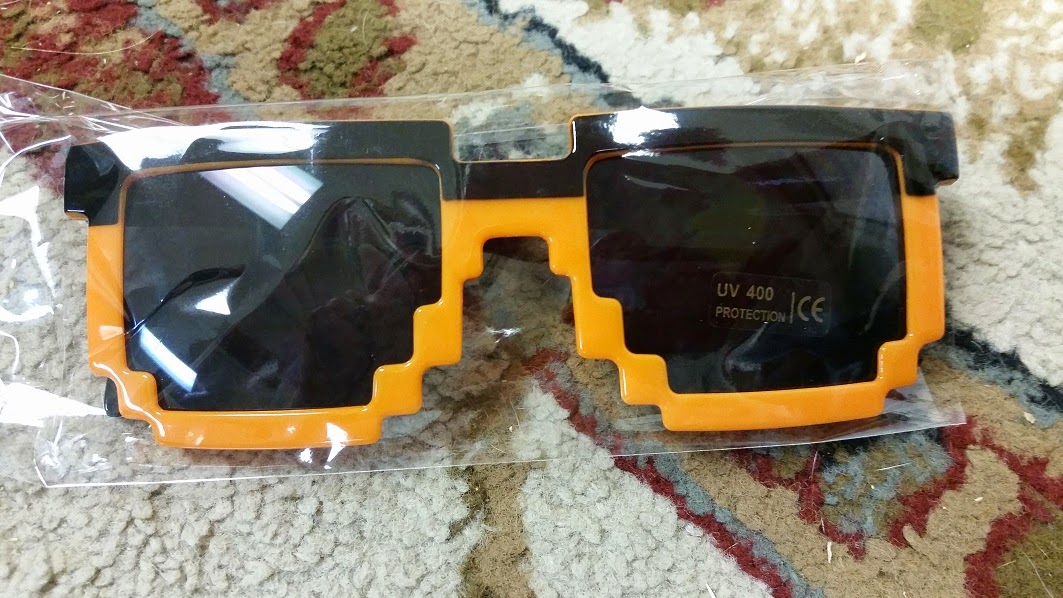 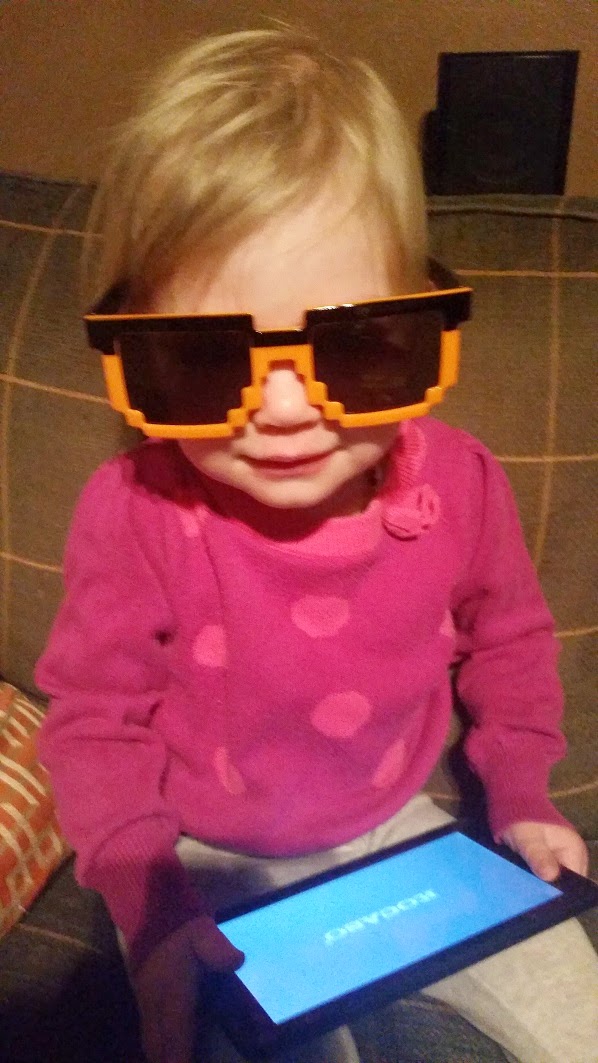 My two year old immediately stole the glasses from the box. She wears them around the house all the time. It is so cute! Her older sister tried to take them and she flipped out. Guess I will never be wearing those. But that’s OK, I don’t mind sharing with her. 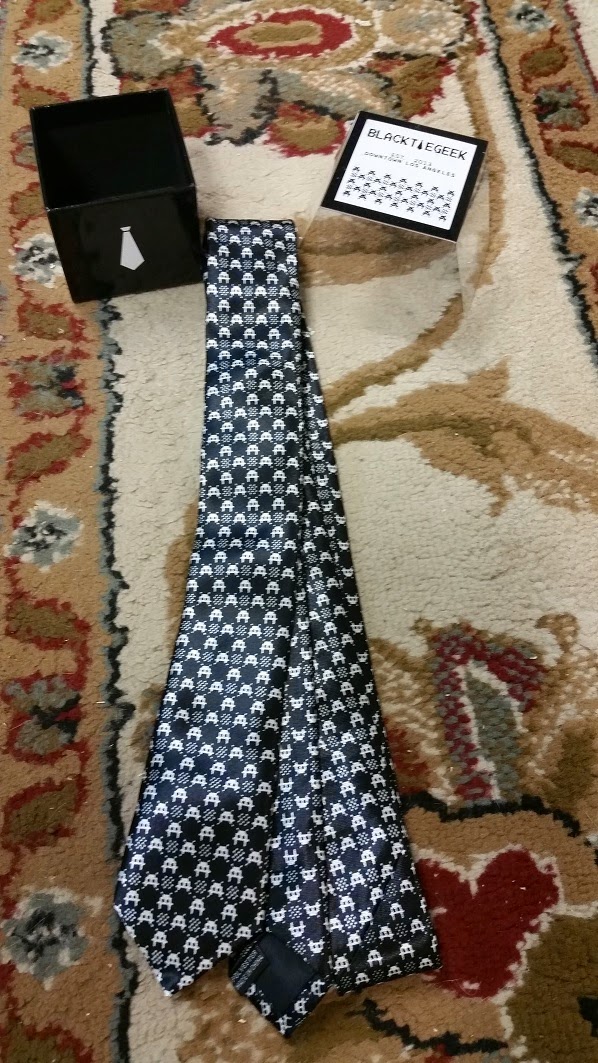 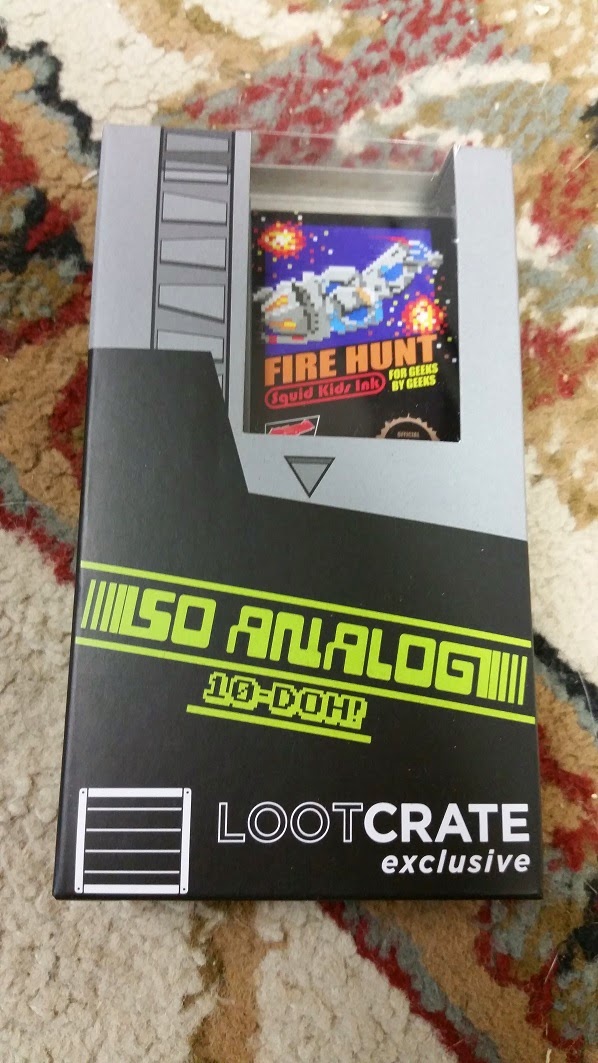 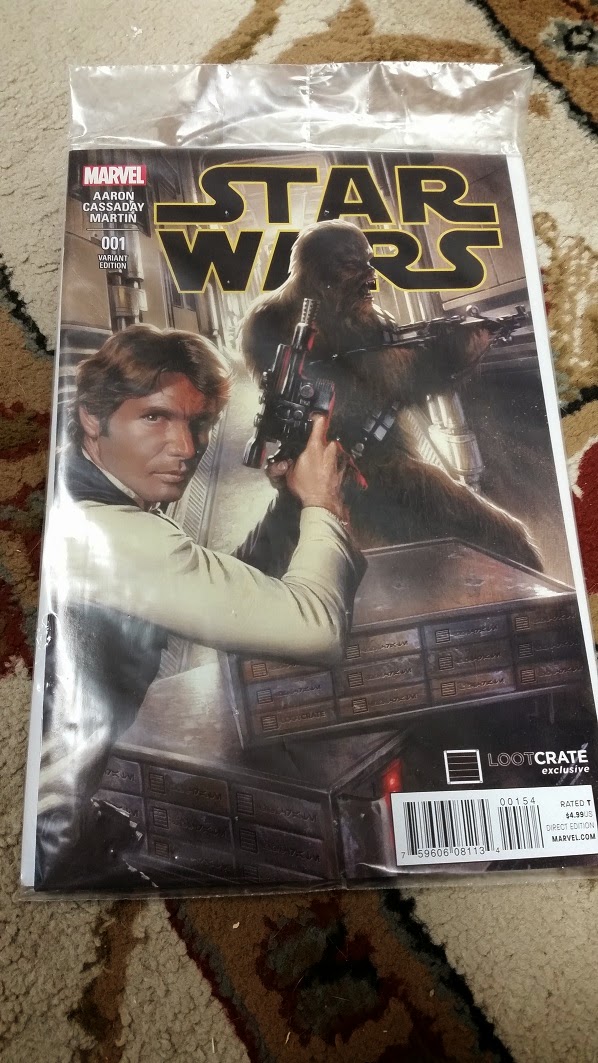 January’s Loot Crate was filled with lots of other goodies. The Star Wars #1 Loot Crate Variant looks awesome and I cannot wait to read it. There was an amazing tie from Black Tie Geek – which I had never heard of before. My husband was pretty excited and has decided that he will buy all his ties from them from now on. This month’s exclusive figure is pretty cool too – a Fire Hunt Nintendo video game. I used to love playing NES with my sister and dad growing up. It was one of my favorite things to do. My husband and I recently found his NES and have had a blast playing the old games. 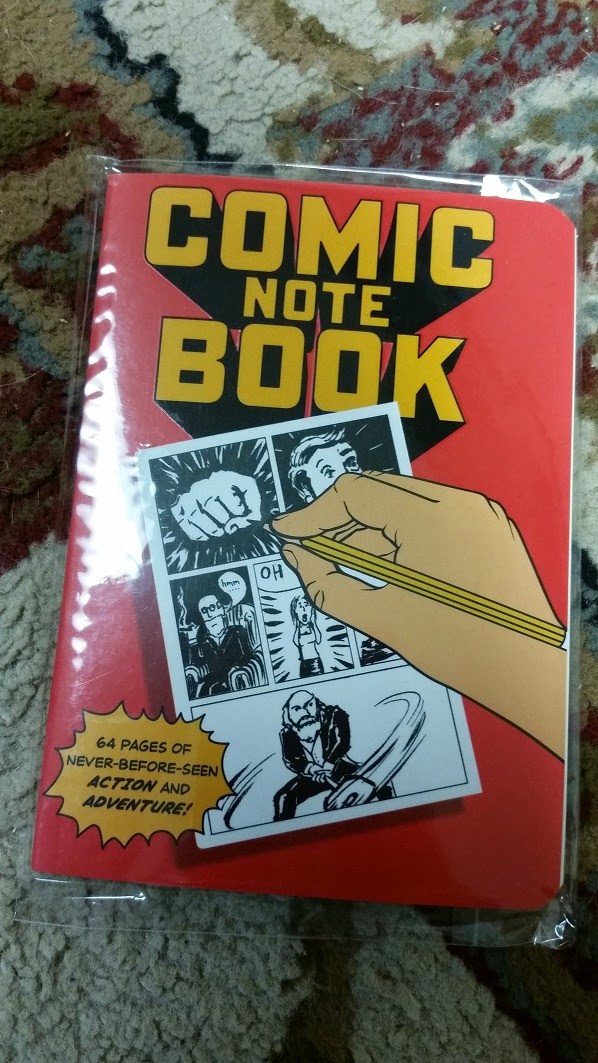 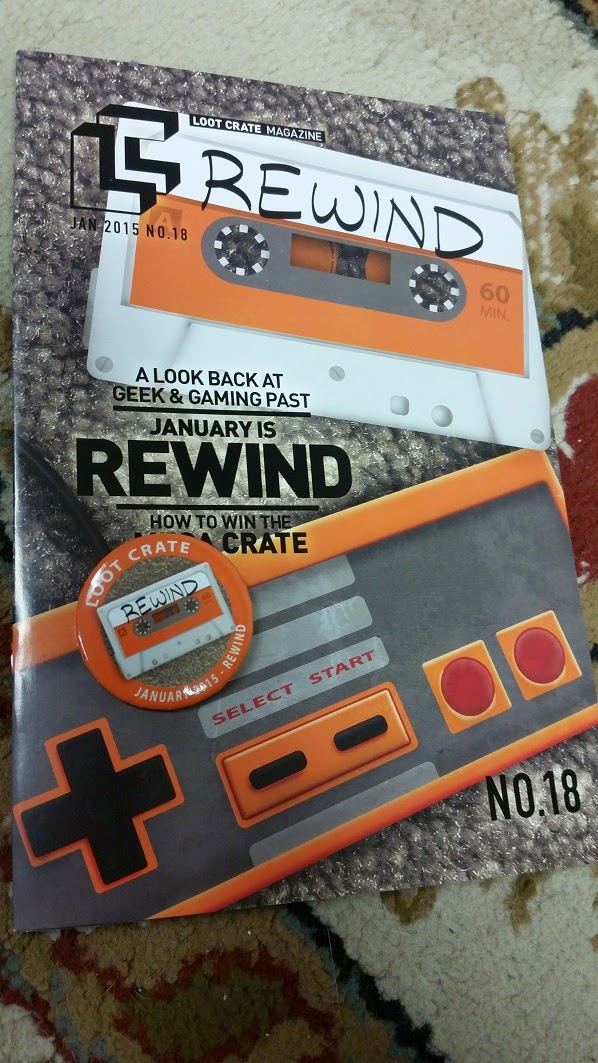 This month there was a really cool doodle pad/note book. Each page is split in to comic book style pages. My husband loves to draw and is really looking forward to creating his own stories with this. And of course Loot Crate came with it’s monthly magazine and button. I have loved collecting these. They are fun to look back on. The box itself even turns in to a Nintendo – complete with controller. Too cool, seriously! I highly recommend this subscription box for any geek, so subscribe here. February’s Theme is PLAY! so you don’t want to miss out! Check out my #unboxing video below.

I purchased this box with my own money and was under no obligation to review it.

I LOVED the tie....my kids are fighting over it

Those glasses are awesome

That looks a lot of fun! haha. Might get it for my neice and nephew!

What a neat box this is and looks fun!

This is a great looking box. I love the Voltron shirt and yes it does look wonderful on you :) I have seen a couple of these boxes and do with I would get the nerve up to get one..lol..I am so jealous of the Star Wars #1 Loot Crate Variant! It has the perfect man on the front...he he he...Love Harrison Ford.