Amsterdam had potential, but even the star-studded cast cannot save it with their talent. It’s convoluted, confusing, and has no idea what genre it is. 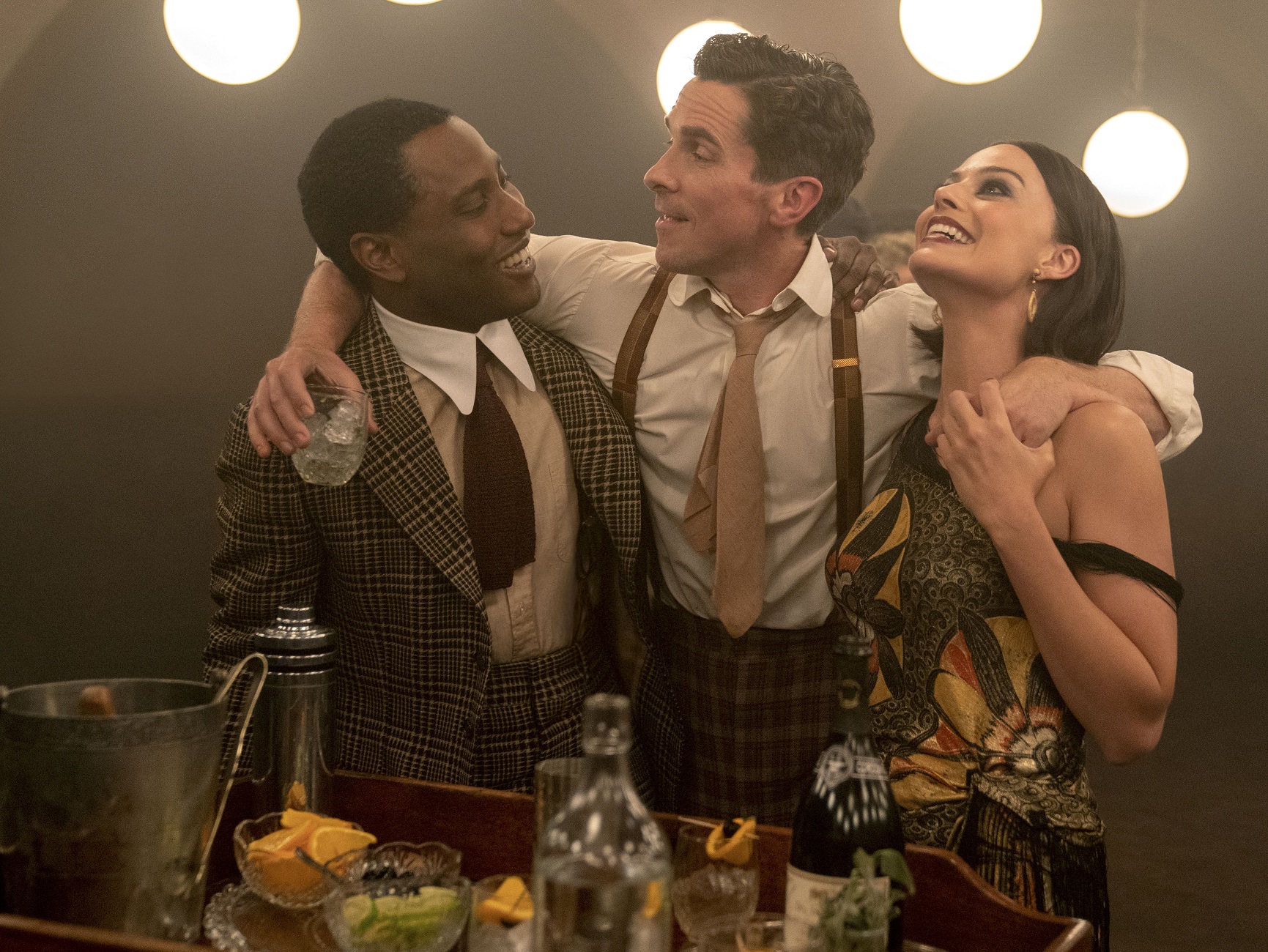 Imagine this. Christian Bale, Margot Robbie, John David Washington, Timothy Olyphant, Chris Rock, Robert De Niro, Zoe Saldana, Rami Malek, Anya Taylor-Joy, and a plethora of other talented actors come together for a movie. You would think said movie would be incredible — or at the very least, good. Unfortunately Amsterdam is filled with this star-studded cast and has all the potential in the world to be a wonderful film, but it ultimately falls flat.

This is for several reasons, the biggest of all being that it does not know what genre it is. The actors themselves don’t even seem to know, as many of them feel like they are in different films. This will confuse and frustrate the viewers, making this a giant mess of a movie.

Amsterdam follows three best friends who accidentally become entangled in a murder mystery. Things go much deeper than that, however, and eventually they realize they just might be dealing with a full on conspiracy. Based very loosely on true events, there are some elements of history weaved in as it takes place in the early 1900s and involves a lot of anti-fascism and other social issue elements. Herein lies the problem with Amsterdam.

Amsterdam is part true crime story. There is no getting around that. It is also a little bit of a thriller, because of the way the murder mystery plays out. On top of that, the script includes a lot of humor (which can be hit or miss but is nonetheless, still there) giving it a splash of comedy. There are scenes that take place during a war and a whole lot of drama so… is it a war drama also? Throw in some lessons about racism and now we have a hodgepodge of true crime, drama, comedy, social impact, war, historical, thriller?

Amsterdam never fully commits to any of these genres nor does it give them the time they deserve to complete their part of the story. This is a case of too many elements being thrown into a far too long movie, which is a shame because the premise is intriguing. The actors have no idea what to do with what they are given, and they all seem to have picked a different genre of Amsterdam to hold onto. Because of this, almost none of them even feel like they are in the same movie.

As stated earlier, Amsterdam has a star-studded cast. But even the most talented of actors cannot save a convoluted and confusing script. That said, they do what they can with it. Throughout the two hours and fourteen minutes of the movie (which is much too long), there are glimpses of decent moments.

Malek is phenomenal, as is Robbie. Bale plays an off the wall doctor, struggling to figure out his place in life, who is easy to root for but never fully develops into someone memorable. As for Washington? He starts off too reserved and flat, only to change part way through — with scripted reason mind you, but it still doesn’t quite work.

Probably the best thing about Amsterdam is the messaging behind it all. Though the majority of it is confusing, and some people will leave the theater still having no clue who the killer is or even why they did what they did, the theme surrounds your chosen family. The lesson is about love being a choice versus a need — not just romantic love but platonic love, as well. That is beautiful and wonderful and something the world truly needs right now. A lovely message, but one that doesn’t quite fit in with the entire movie because again, Amsterdam doesn’t fully understand what it is.

It has a few fleeting good moments, but overall it is a mess. It tries to do way too much and because of that it gets confusing and frustrating to watch. There is far too much going on and even the incredibly talented line up of actors cannot save it. It is shame because there is something good there, underneath it all, but it is impossible to find. 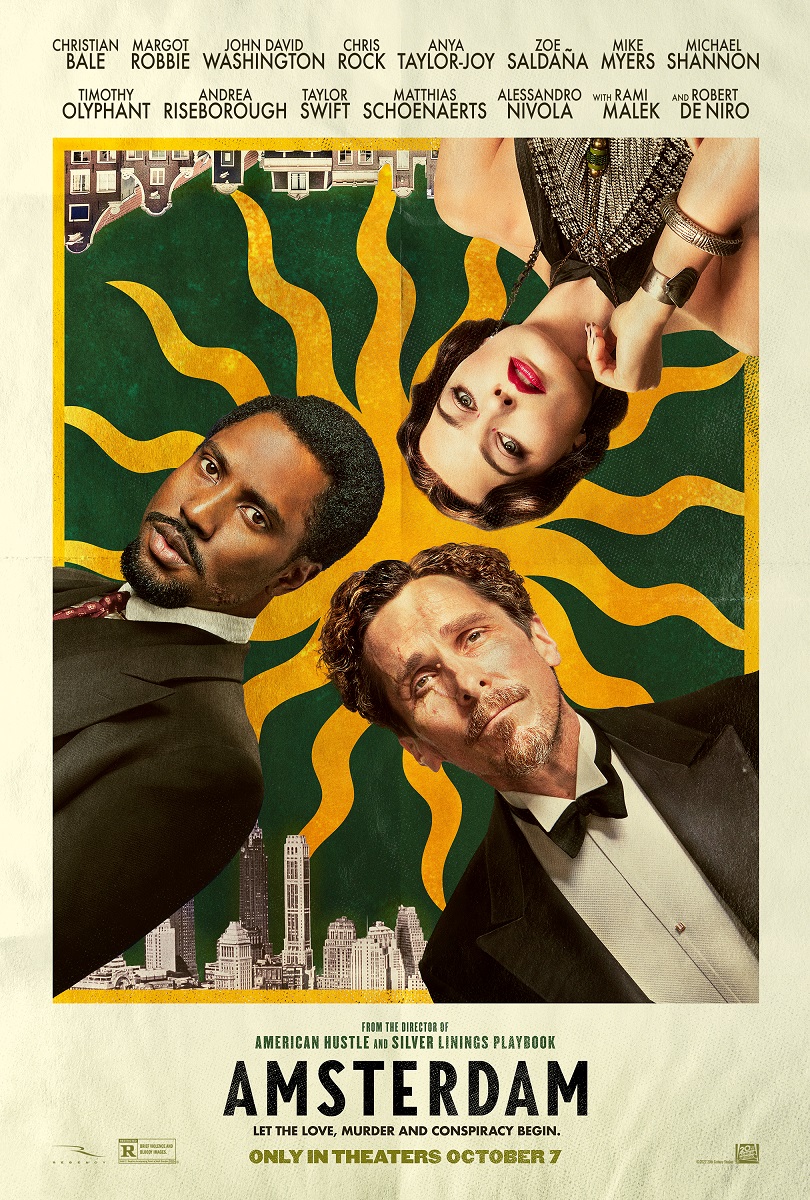 Three close friends find themselves at the center of one of the most secret plots in American history.

Amsterdam Reviews Are In, And Critics Are Split Over David O. Russell’s Star-Studded Movie - Rapid Telecast

Amsterdam Reviews Are In, And Critics Are Split Over David O. Russell’s Star-Studded Movie - TechiAzi

Amsterdam Reviews Are In, And Critics Are Split Over David O. Russell’s Star-Studded Movie - News World