West Side Story is a visually stunning, musical masterpiece, from one of the best directors of all time, Steven Spielberg. Now available to stream on Disney+.

Most people know the plot and songs of West Side Story. Not only has it been a Broadway musical, it is a movie as well. The 2021 version of this film, directed by the incredibly talented Steven Spielberg, takes it to a whole new level. Not only is it visually stunning and a cinematic masterpiece, but there are creative decisions that were made that raise the intensity and give West Side Story an upgrade it deserves.

If you aren’t familiar with the story, it follows the Sharks and the Jets as they fight for control of the streets in the 1950s. When Maria and Tony meet at a school dance, it is love at first site. They are from opposite sides though, and that only helps to fuel the fire between the warring gangs. While this is certainly its own story, with important lessons and devastating messages, it is similar to Romeo and Juliet.

Spielberg doesn’t update the story much at all, but he does make a decision that causes this version of West Side Story to be even more powerful. When the actors are speaking Spanish, there are no subtitles. This is a bold choice but it really, truly, works in this case. The actors do such a wonderful job that while the general audience might not know exactly what is being spoken, the emotions carry through with ease.

The musical numbers are a complete joy to watch. They are big, bold, and quite honestly, gorgeous. The colors are bright and the cinematography is incredible. These are songs that many have heard time and time again, over and over, for years and years, however they somehow feel fresh and new. There are numerous scenes in West Side Story that could be turned into posters because of just how powerful the images are. 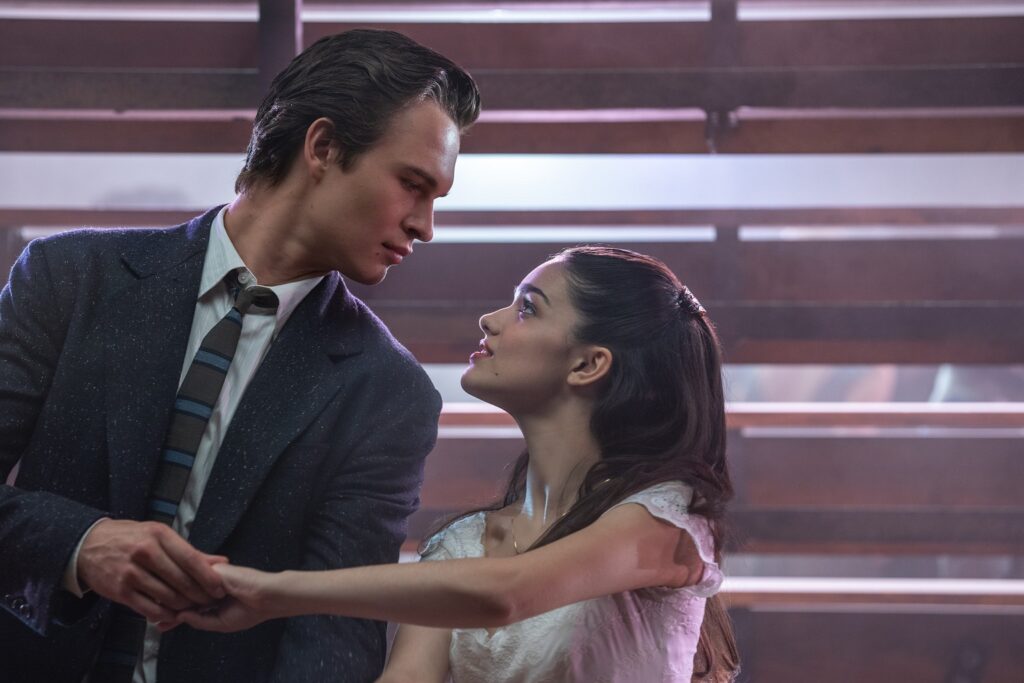 My biggest issue in this movie is Ansel Elgort, who plays Tony. It isn’t that he is bad in this film, but he is outshined by literally every single person around him. Rachel Zegler portrays Maria and while she is fantastic, the chemistry with Elgort feels force, and doesn’t come off as believable. This is obviously an issue considering their love is supposed to be what forces things to get out of hand between the Sharks and the Jets. 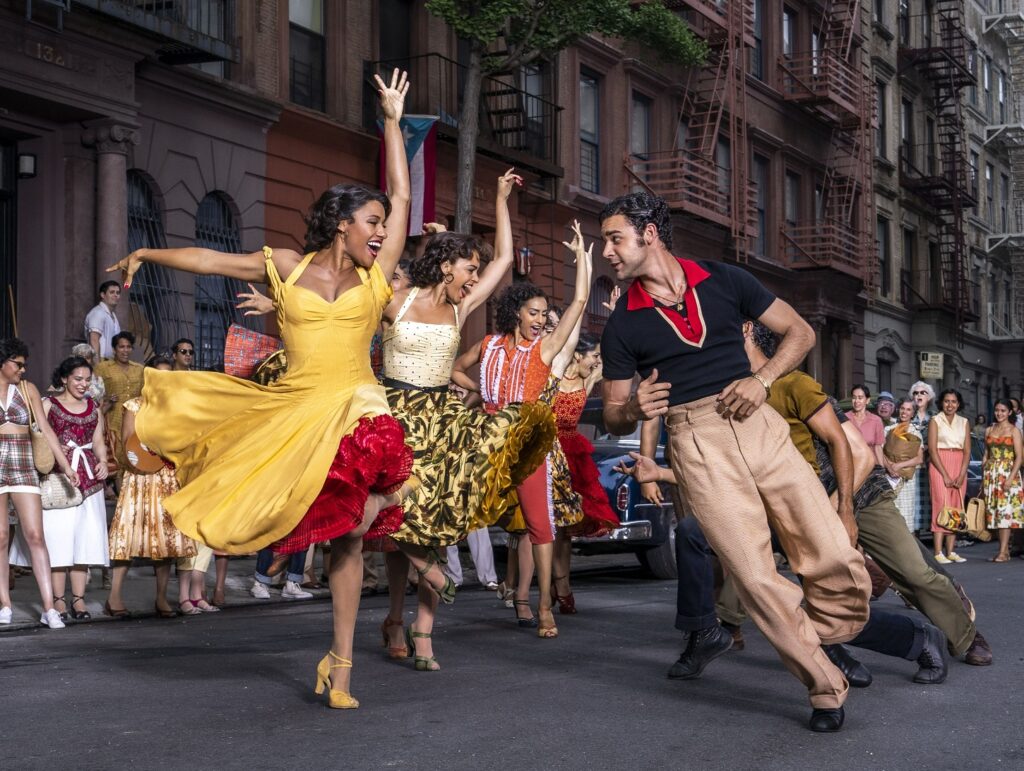 It comes as no surprise that Ariana DeBose has been receiving all the praise and awards for her supporting role as Anita. She absolutely steals the show with her powerful performance. It is impossible not to look at her every time she is on screen. Her scenes with Zegler are some of my favorites — in particular the emotional delivery of A Boy Like That. Anyone who is not moved to tears during this song, has not been paying attention during the film. Simply incredible.

Overall, West Side Story isn’t perfect. While the majority of the cast is incredible, there is one performance that just doesn’t work and goes so far as to bring down a few of the scenes. It is also a bit on the long side at two and a half hours, however that time is warranted in order to tell the story right. Steven Spielberg’s film is raw, real, and emotional. Yes, it is depressing, but this story always has been. Racism is not a myth, and even though it is hard to watch at times, West Side Story is worth it.

Spielberg takes a well known story to new heights with incredible cinematography and bold choices. DeBose steals every single scene she is in.

Along with the home release, and the release to Disney+, West Side Story includes a variety of bonus features, including a jump to your favorite song feature. Here is the full list of West Side Story Bonus Features.

The Stories of West Side Story

Go directly to your favorite musical numbers from WEST SIDE STORY.

Related: Disney+ Parental Controls: Everything You Need To Know

About West Side Story

Bringing together the best of both Broadway and Hollywood, the film’s creative team includes Kushner, who also served as an executive producer; Tony Award® winner Justin Peck, who choreographed the musical numbers in the film; renowned Los Angeles Philharmonic conductor and GRAMMY Award® winner Gustavo Dudamel, who helmed the recording of the iconic score; Academy Award®-nominated composer and conductor David Newman (“Anastasia”), who arranged the score, Tony Award®-winning composer Jeanine Tesori (“Fun Home,” “Thoroughly Modern Millie”), who supervised the cast on vocals; and GRAMMY®-nominated music supervisor Matt Sullivan (“Beauty and the Beast,” “Chicago”), who serves as executive music producer for the film.

The film is produced by Spielberg, p.g.a., Academy Award®-nominated producer Kristie Macosko Krieger, p.g.a. and Tony Award®-winning producer Kevin McCollum. “West Side Story” has been adapted for the screen from the original 1957 Broadway show. Original choreography by Jerome Robbins, based on the stage play, book by Arthur Laurents, music by Leonard Bernstein, lyrics by Stephen Sondheim, play conceived, directed and choreographed by Jerome Robbins, lyrics by Stephen Sondheim, music by Leonard Bernstein.

West Side Story is available to stream on Disney+ & Digital now
and to take home on March 15th.