The Matrix Resurrections is one of the most meta movies out there. It knows what it is, and it dives in headfirst, without a care in the world.

The first half of The Matrix Resurrections is so meta that it is hilarious — but trust me when I say it is done in a fantastic way. This movie knows what it is, and it is not afraid to full on admit that it is a sequel to a trilogy, where the main characters died at the end. So how they heck are they going to pull this one off? Well, it works, surprisingly well. The Matrix Resurrections is full of stunning visuals, intense moments, phenomenal cinematography, and it begs to be seen on the biggest screen possible!

Right from the very start this movie goes all in — and it never slows down. It is two and a half hours long but feels way shorter than that because it never drags. This film knows exactly what it is doing and it is glorious. Things pick up years down the line and while long time fans are likely questioning what is going on, how Neo is alive, and where this story is going to end up, it does a great job of explaining it all, while also poking fun at itself.

If you are concerned about the plot, don’t be. I went in with my concerns too and within just a few minutes I was smiling from ear to ear — and I never stopped the whole way through. This movie is brilliant. It is not a reboot, which they literally mention in the film — I told you, it is super meta.

For those of you have not seen the first three The Matrix films in a while, have no fear, they are explained through dialogue and flashbacks throughout the film. If you have never seen them however, I strongly recommend that you watch them. Is there a chance you could still enjoy this one if it is the first you watch, sure, but you will not fully get it, and a lot of the best lines and moments will go completely over your head.

If someone hears the word Matrix, they immediately think of the back bending to avoid bullets scene. The first three have some insane fight scenes where characters defy reality — much like in Interception. The Matrix Resurrections brings this back, of course, with some of the most incredible and stunning visuals that I have seen in a long time. These action sequences are an absolute blast to watch, but will also have viewers on the edge of their seats and shouting as the world flips upside down and sideways — literally.

Along with the visuals and the cinematography, props must be given to the editing team. The way that clips from the previous films are woven into this story line is so beyond perfect. The entire plot is full of twists and turns, which helps to keep viewers engaged from beginning to end. This is easily the second best Matrix film, and even gives the first a run for its money.

On top of the stunning visuals, intriguing story line, and the way it completely owns itself — the cast here is full of amazing people who give exceptional performances. Of course it is always good to see Keanu Reeves reprising previous roles. Neo is a fantastic character and Keanu feels like he picked up right where he left off with him — except for the being dead part. Seeing many others from the original Matrix movies step back into these roles is a lot of fun as well, but it is the newcomers that steal the show.

Jonathan Groff is AMAZING. He is dark, twisted, and perfectly embodies who his character really is. This is hard to say without spoilers but it is a fantastic twist that while you will probably see coming, it still delivers. Groff’s performance is sure to give chills to the entire audience several times over. He brings a lot to the movie, and is absolutely the right casting choice.

Another newcomer that puts on a top notch show is Neil Patrick Harris. The longer the movie goes on, the more his character is given time to shine. I don’t think I will ever be able to look at him the same way again. This man is a talent, and he fits in right at home alongside this Matrix cast.

Keep your eyes peeled for other surprises. There are cameos throughout that will make viewers point and smile — trust me.

The Matrix has always been about choices, hasn’t it? Red Pill or Blue Pill? Accept reality or stay in your own little ignorant bubble? That doesn’t change with The Matrix Resurrections, but the way it plays out feels like something new altogether.

This movie is an analogy to the modern day internet. They are totally unafraid to go there and should be applauded for it because it works. Sure, some viewers might feel offended and upset at the message they are trying to give to everyone, but for the most part people are going to have fun with this one. 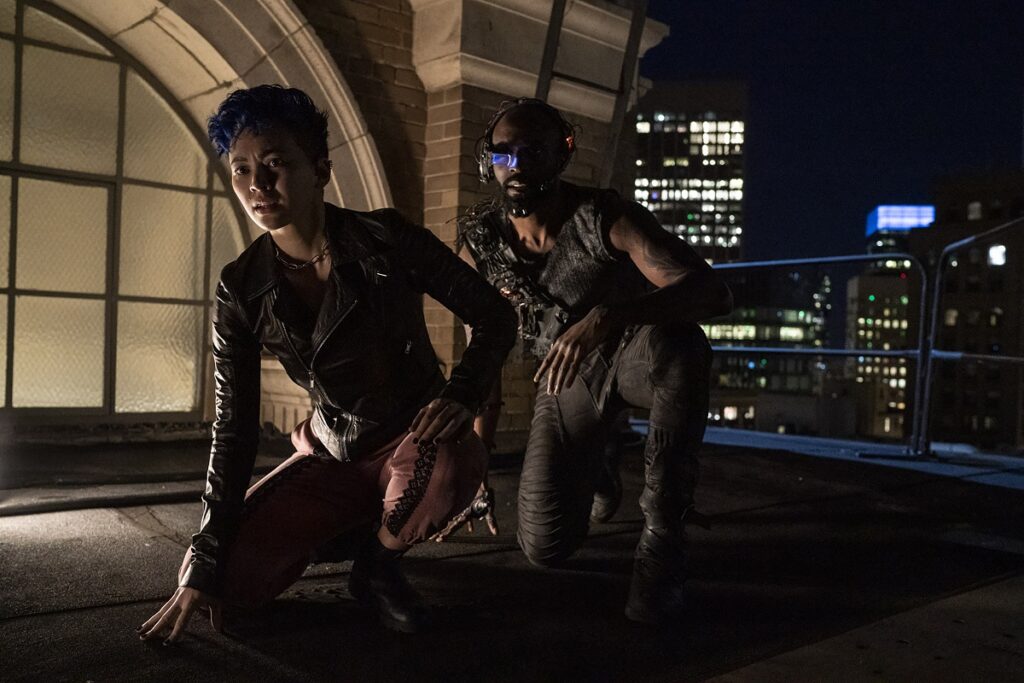 The Matrix Resurrections pays homage to the originals while also trying to do something new — and succeeding at it. The first thirty minutes or so are so hilariously meta that viewers can’t help but wonder where it is all going to lead to. The answer is something unexpectedly amazing.

There are stunning visuals, exceptional performances from the entire cast, twists and turns, multiple callbacks to the original films, and writing that is unafraid to make fun of itself and the decisions made in the franchise.

We may not have needed a fourth Matrix film, but I sure am happy we got it. Here’s hopping for more — the door is certainly left open for that.

About The Matrix Resurrections

Plagued by strange memories, Neo’s life takes an unexpected turn when he finds himself back inside the Matrix.