Disney’s Encanto focuses on the complexities of family and the question — just how well do we know our own? Explore that in this creator interview.

Disney’s Encanto is the next animated film to be hitting theaters and during the press day, creators explained the magical and musical world of the Madrigals. This family might seem very different but it is clear that they are very much like every family — complete with secrets no one knows. This movie asks the question just how well do you know your family?

During the event, we got a look at the beautiful animation and some of the music and all we can say is WOW! This is going to deliver. With Lin-Manuel Miranda behind the songs, what else can you expect?

This beautiful film is set in Columbia and focuses heavily on the complexities of family, which is very much apparent in the first thirty minutes of the film that I was lucky enough to see. Not only is the question how well do we know our families asked, but also how well do our families know us.

It is all about perspective and understanding, life lessons that viewers will be able to take into their own lives and apply.

Something that the creators stressed a lot is that the Madrigal house reflects the family. This is how they all have gotten their special powers, except for Mirabel of course, and because of that they are closely tied to it. When the family is fighting, the house cracks, showing that it is the foundation for them all and their relationship with one another.

“Like the ocean in Moana, the house of Encanto is a character. As opposed to Moana, our house is a little more opinionated and flawed. It’s a house that plays favorites, like families do. A house that messes with people. This is Casa Madrigal, the magical home of the Madrigal family. It’s alive with magic and its own, unique personality.” – Jared Bush (Director and Writer)

Charise Castor Smith, the co-writer and director adds that “each of the rooms in this house is a fantastical realm that represents the personality and magical powers of the Madrigal who lives there.” When you watch Encanto you will see that each room fits the personality of the Madirgal that lives in it — a very clever idea from the creators.

“We played with the idea of the physical house as a literal representation of the family and their emotional connections. For instance, if the family’s happy, the house is healthy. If the family’s being playful, the house can be playful.” – Byron Howard (Director) 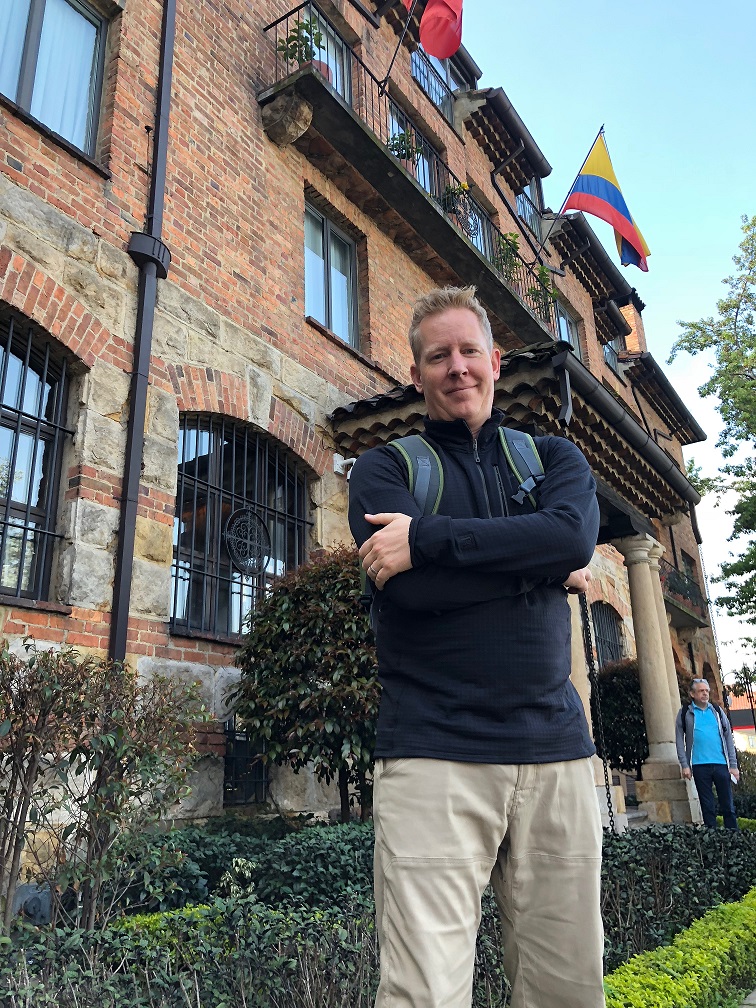 The look of the home is very heavily inspired by the traditional Columbian homes of Barichara, Cartagena, and Salento. The animation team explains that early on in the process they spoke to Colombian architects who gave them lots of great information about the construction of these homes.

One thing the team learned, for example was in the coffee region, there’s haciendas with an indoor-outdoor feel because of the temperature of the weather. All of these little tidbits went into making Casa Madrigal appear as realistic as possible.

There is a lovely courtyard in the center of the home with a magical door leading to each of the Madrigal’s rooms. These doors are uniquely designed to fit each of the characters personalities and powers.

MEET THE MADRIGALS – Walt Disney Animation Studios’ original feature film “Encanto” introduces the Madrigals, a compelling and complicated extended family who live in a wondrous and charmed place in the mountains of Colombia. Opening in the U.S. on Nov. 24, 2021, “Encanto” features the voices of (from L to R): Rhenzy Feliz as Camilo, Jessica Darrow as Louisa, Angie Cepeda as Julieta, Diane Guererro as Isabela, Adassa as Dolores, and Wilmer Valderrama as Agustín. © 2021 Disney. All Rights Reserved.

The color pallet is designed to allow the viewers to immediately know who is from which side of the family. Since there are so many Madrigals, this is a quick and easy way to keep track of them all.

It is also explained that since Abuela Alma has lost her beloved Abuelo and goes through so much at the beginning of this film, her costume color palette and her character design has a lot of weight and feels more constrained than the other characters.

She has more of a traditional 1900s look and is a little more conservative. All of the embroidery and lace iconography are flames from candles and butterflies, which symbolizes the moment Encanto was created, as well as the butterflies being a symbol of Colombia.

John Leguizamo is Bruno, who is mysterious and as viewers will learn very quickly, we don’t talk about Bruno. He perfectly captures the mystery, ambiance, and singing that the creators wanted with that character.

The rest of the cast is also fantastic, and does a great job of capturing the feel that the creative team wanted for each of their characters. 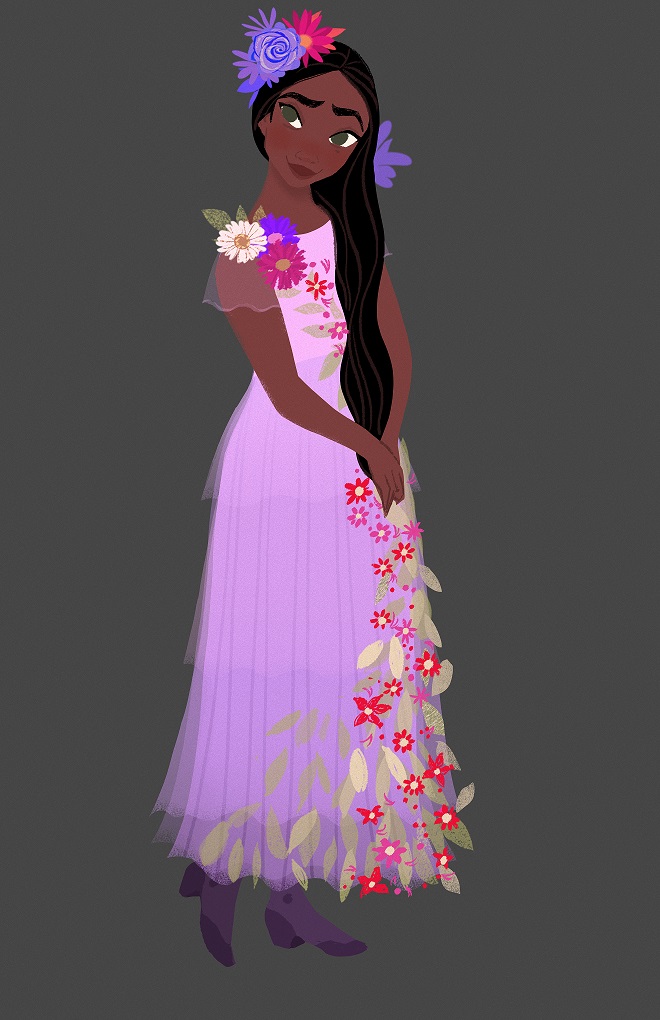 The Madrigals are an extraordinary family who live hidden in the mountains of Colombia in a charmed place called the Encanto. The magic of the Encanto has blessed every child in the family with a unique gift — every child except Mirabel. However, she soon may be the Madrigals last hope when she discovers that the magic surrounding the Encanto is now in danger.