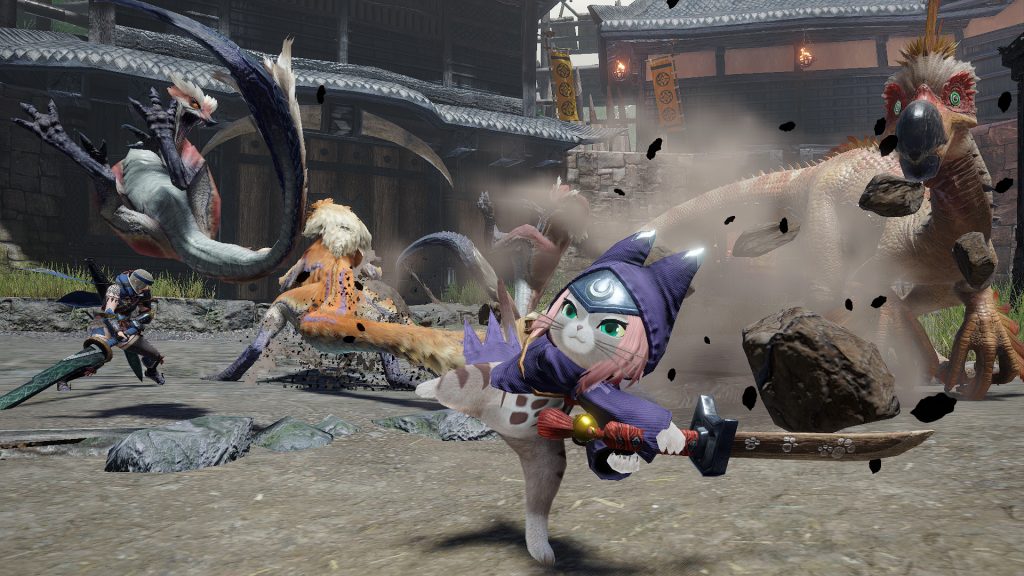 On June 18, the first “Capcom Collab” Event Quest will go live. The reward for completing it will be materials to craft Layered Armor for your Palico based on the character Tsukino, from Monster Hunter Stories 2: Wings of Ruin. Also, keep an eye out for even more Event Quests and fun rewards starting with update “Version 3.1,” available June 25.

With the “Trial Version,” you can create your own Rider, start your journey, befriend and raise some Monsties, and eventually transfer all your progress to the full game at launch. Also, shortly after release, the Palamute, from Monster Hunter Rise, will be added as a Monstie in Monster Hunter Stories 2. This free update will be available on July 15.

Additional DLC is on the way for Resident Evil Village, as confirmed during the E3 2021 livestream! More details coming at a later date.

This eighth main entry in the beloved Resident Evil franchise sees Ethan Winters awaken in a remote part of Europe after tragedy befalls his family once again. After surviving the madhouse that was the Baker estate, can Ethan endure the horrors that await him as he seeks answers and searches for his kidnapped daughter? For more info, be sure to check out our launch blog!

​​​​​​Intellivision shared an overview of Amico, the family-friendly home console.