The Mauritanian has a star studded cast with Benedict Cumberbatch and Jodie Foster — but does that make it worth a watch? 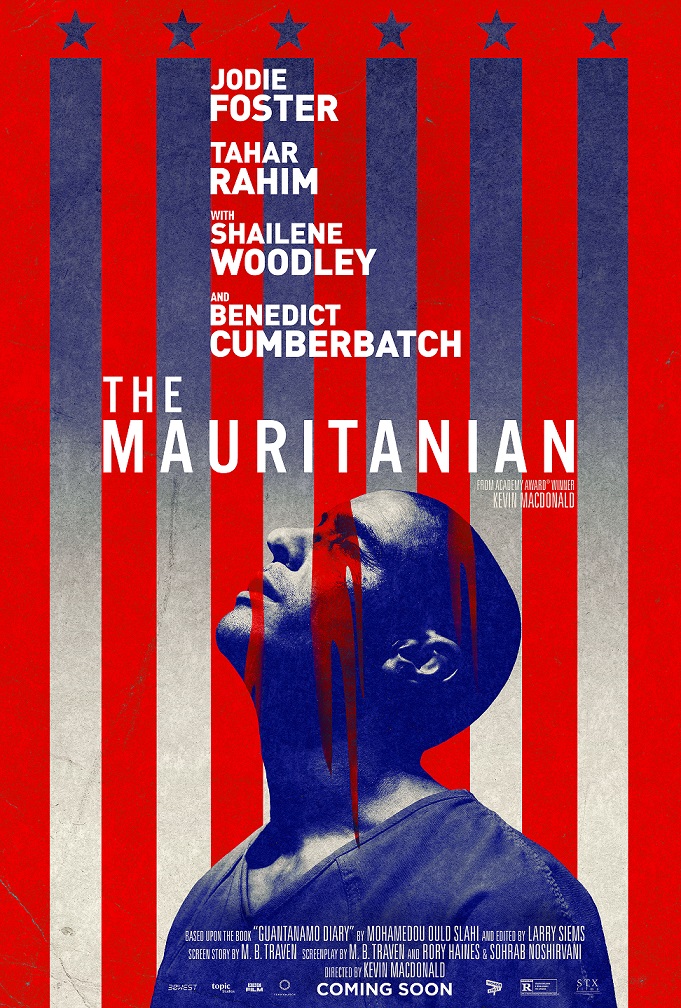 I can’t say that I was ever excited about The Mauritanian, but I was intrigued. The trailer looked decent, there is a great cast, and it seemed like an interesting story. After  about thirty minutes though, my excitement started to fade. Was this story going to ever go anywhere? And would I stop getting frustrated with it all? The answer is no. To both of those questions.

The Mauritanian is very loosely based on a true story about a prisoner in Guantanamo Bay. He is there because the government believes he is associated with the 9/11 attack. Jody Foster plays a lawyer who is determined to prove that they do not have any evidence to hold him. She does not claim his innocence, but states the evidence is not there.

What Worked With The Mauritanian

Even when I thoroughly enjoy a movie, I try to pull a critique from it. So even though I did not really enjoy this film at all, I want to mention something that worked with it. Tahar Rahim is that positive. He did a phenomenal job in his role. He is easily the standout of this movie, which says a lot considering he stars alongside Benedict Cumberbatch and Jodie Foster.

What Didn’t Work With The Mauritanian

Where do I even start? Well for starters I hated how long and slow this movie is. The pacing is off and I found myself getting easily distracted while watching it. What started as a decent story just got more and more annoying as I started to think that Slahi was actually guilty of the crimes he was accused of. Seeing someone fight for him to potentially get off because of a loophole was a bit frustrating to deal with.

Don’t even get me started on the very ending of this movie. I want to avoid spoilers but if you really want to get mad, stick around for the final words to come up on the screen that will have you thinking — why did I just waste two hours watching this movie?

With this film clocking in at two hours, which seems to be a new theme for movies, it is far too long. At least thirty minutes could have been cut to make it more bearable.

The Mauritanian is too long, too slow, too boring and has a serious issue with pacing. With a star studded cast, I expected a lot more. And don’t even get me started on that ending. The words based on a true story usually mean loosely based on one, and this one seems to be just that.

I was frustrated through almost the whole film waiting for some kind of actual truth to appear, and it seemed like there was none. Yes, prisoners are treated poorly at Guantanamo Bay, but that doesn’t mean the main character is innocent — and that seems to be what this movie is trying to tell you.

So is The Mauritanian worth a watch? I say no. It clocks in at two hours and that is two hours that you will never get back. Despite having such a great cast, nothing worth while ever happens. So if you want to be frustrated right up until the bitter end, then sure, watch it. But I highly recommend you skip this one.

Directed by Kevin Macdonald and based on the NY Times best-selling memoir “Guantánamo Diary” by Mohamedou Ould Slahi, this is inspiring the true story of Slahi’s fight for freedom after being detained and imprisoned without charge by the U.S. Government for years.

Alone and afraid, Slahi (Tahar Rahim) finds allies in defense attorney Nancy Hollander (Jodie Foster) and her associate Teri Duncan (Shailene Woodley) who battle the U.S. government in a fight for justice that tests their commitment to the law and their client at every turn.

Their controversial advocacy, along with evidence uncovered by a formidable military prosecutor, Lt. Colonel Stuart Couch (Benedict Cumberbatch), uncovers shocking truths and ultimately proves that the human spirit cannot be locked up.