The Christmas Chronicles: Part Two is a fun, but predictable, holiday movie that is a decent follow up to the original.

The Christmas Chronicles: Part Two is a sequel to the 2018 movie. Often times a sequel can fall flat but that isn’t the case with this one. What this world needs more than ever is some holiday cheer and this movie totally delivers. While it is disjointed at times and goes on a bit too long, it is still worth watching with the family this holiday season — especially if you liked the first one.

In The Christmas Chronicles: Part Two Kate Pierce is now a teenager and is less than thrilled about her mom’s new boyfriend. She thinks that if her mom gets remarried, she will forget all about her father. When they decide to spend the holidays on a warm beach in Cancun, she decides to run away.

Things go awry and she ends up in the North Pole with her soon to be stepbrother Jack. Luckily Santa is out chasing Jola, a giant Yule Cat, and discovers them. The kids are introduced to Santa’s Workshop and quickly suggest should be called Mrs. Clause’s Workshop when they find out she has made all the shops. I kind of liked this subtle addition of women’s rights and Goldie Hawn’s wink made it even better. 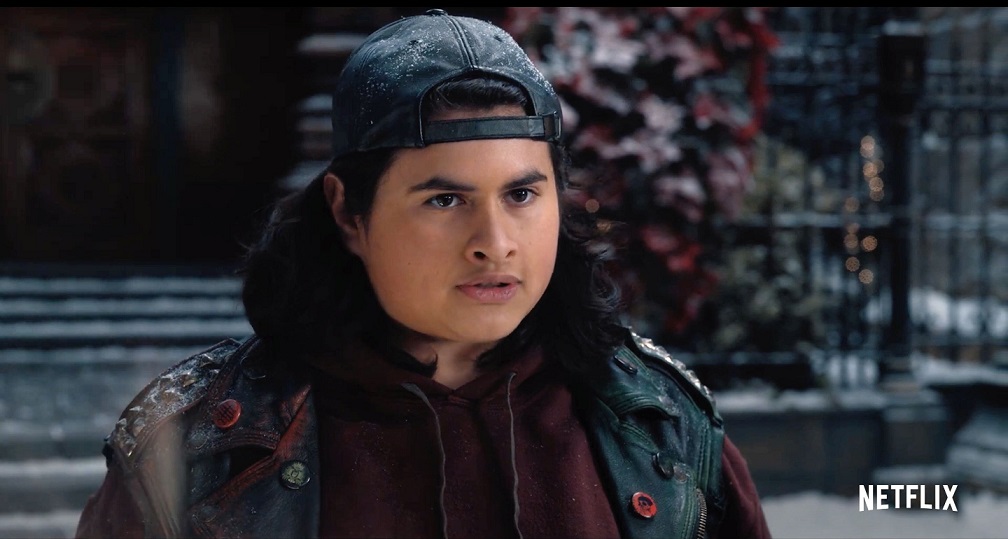 The villain of the story is Belsnickel, a bad elf who has been cursed and turned into a human. He has a grudge against Santa because he feels like Santa doesn’t pay enough attention to him. You might recognize the actor as Julian Dennison. He is from Deadpool 2 but I know him from Taika Waititi’s Hunt For The Wilderpeople — a fantastic film that I highly recommend.

I wasn’t a giant fan of his acting in this movie. Sure he is angry enough but that seems to be about all he is. When his character arc should have come through, his acting just fell flat for me. Which is a shock because I do think he is a talented actor. I am not sure why it missed the mark for me, but it did.

The movie does go off track for about 15 minutes when Santa and Kate end up going back in time. There is a musical number in an airport that while fun, I could have done without. It just felt really out of place and strange. Sure it makes sense for Santa to sing in order to bring holiday cheer (Elf anyone?) but it just felt really awkward with the whole airport singing and dancing along.

The time travel part is what really annoyed me. It didn’t feel necessary at all, and if they took it out, the movie would have flowed better. In avoiding spoilers I will say I get the point of why this part was included, but I still think it really didn’t need to be there.

Traces Back To Santa’s Origin

My favorite part about this movie is that the writers clearly did their research. Not only with the inclusion of Jola, but also with Santa’s Norwegian roots. They dive heavily into the backstory of Santa, but make it work with the story as the kids are read a bedtime story by Mrs. Clause.

Kurt Russell is a fantastic casting as Santa Clause, which everyone who watch the first The Christmas Chronicles knows. He really elevated his performance in this one though. He humanizes Santa, which I appreciate about these movies. I have to say, I don’t think many actors have put themselves into a role as much as he has into this one. And it goes without saying his chemistry with Goldie Hawn comes across on the screen.

The sets are elaborate and the story is magical and fun. Of course there are some good lessons for kids to learn, like the true meaning of Christmas. But the main reason this is such a great family movie is that you will be laughing and having a good time while watching it.

Yes, there is a bit of evil to it but even the villain isn’t that scary of a villain. If The Christmas Chronicles: Part Two was about twenty minutes shorter, I would think I would have enjoyed it more and it wouldn’t have felt disjointed in the middle. However, that doesn’t make the movie unwatchable by any means.

If your family is looking for some holiday cheer and bonding time this holiday season, The Christmas Chronicles: Part Two is a great choice. You don’t even have to have seen the first movie to enjoy it! Although I do recommend that you do, as it is a tad better than this one.

About The Christmas Chronicles: Part Two

It’s been two years since siblings Kate (Darby Camp) and Teddy Pierce (Judah Lewis) saved Christmas, and a lot has changed. Kate, now a cynical teenager, is reluctantly spending Christmas in Cancun with her mom’s new boyfriend and his son Jack (Jahzir Bruno).

Unwilling to accept this new version of her family, Kate decides to run away. But when a mysterious, magical troublemaker named Belsnickel threatens to destroy the North Pole and end Christmas for good, Kate and Jack are unexpectedly pulled into a new adventure with Santa Claus (Kurt Russell). Written and directed by Chris Columbus (Home Alone, Harry Potter) and co-starring Goldie Hawn, THE CHRISTMAS CHRONICLES: PART TWO is an action-packed adventure for the whole family that’s full of heart, humor, and holiday spirit.