In DC’s Stargirl episode six, The new Justice Society of America goes on their first mission — and we see more villains come out to play!

As you know by now, I am a massive fan of villains. So I have been eagerly awaiting for more villains to show up in DC’s Stargirl and in episode six, we got them! We also get to see the newly formed Justice Society of America team in action on their first mission. 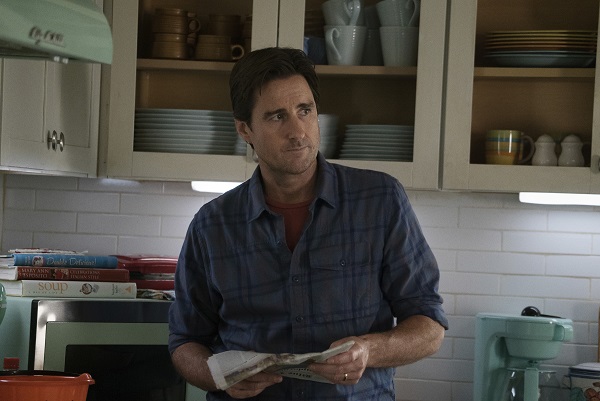 In this episode Courtney and Pat bond a little bit more, and get a better understanding for each other. I must say, their character development and relationship is one of my favorite parts of Stargirl. I was always a fan of Luke Wilson, but now even more so.

When Pat discovers that Courtney took JSA items and has been recruiting her friends to join the team, he is not happy — as can be expected. He tells her to get the Dr. Mid-Nite’s goggles and Wildcat’s suit back. Which is a lot easier said than done.

Beth and Yolanda enjoy their newfound confidence thanks to their other identities. And when Pat tries his hand at getting the hourglass back from Hourman, he doesn’t fair too well either. When a mission falls into the new JSA’s laps, they just at the chance to use their powers to thwart evil.

While things may not go exactly to plan, they get a chance to use their superpowers and get to know them better. They also bond a little bit as a team, and prove to themselves, and others, they are doing what they should be. I was excited to see an ensemble battle — and it didn’t disappoint. They got their butts kicked, but they didn’t give up — and that is what makes a real hero.

The Gambler has already been revealed and a part of the show, but in episode six of Stargirl, we get a few more added to the roster. As with all the villains revealed so far, they are adult members of the community. Sportsmaster and Tigress are actually the parents of a girl the JSA goes to school with — one they almost recruited!

This was another fantastic episode! They just keep getting better and better. It was fun seeing the JSA and some new villains in action — although the costumes were a little lame — especially Sportsmaster’s. When they report back to the Injustice Society and plan to discover the secret identities of the new JSA, it promises that some good TV is coming up! And I cannot wait!

Courtney makes a difficult decision after Pat confronts her about the potential consequences of recruiting new members to the JSA. Elsewhere, Barbara shows up in support of Mike’s science fair, and Courtney, Yolanda, Beth, and Rick prepare for their first major mission.