Venom 2 now has a title – Let There Be Carnage. But do you know much about Carnage from the Marvel comics? If not here are 5 I think you NEED to read!

When Marvel fans saw the mid credit scene of Venom, they likely flipped out. Why? Because it means Carnage is coming! I have to admit, Carnage is one of my favorite Marvel comic book characters for several reasons, but mostly because he is so brutal. Now that we have the full title Venom: Let There Be Carnage, this Marvel fan girl is even more hyped!

If you don’t know much about Carnage, don’t worry! I am here to help you! There are a few Marvel comics featuring Carnage that everyone should read before seeing him on the big screen. I am pretty sure they will make you fall in love with him, and have you counting the days until June 2021!

If you are a Marvel comic book fan and you think I am missing a great Carnage story, let me know so I can check it out!

First there was Spider-Man. then, Venom. but they broke the mold when they created Carnage. Marvel’s fan-favorite villain is back from the dead, as industrialist Michael Hall attempts to exploit the symbiote – engineering the next generation of prosthetic limbs and outfitting his own paramilitary security force, the Iron Rangers, in suits of hybrid battle armor.

But when the alien intelligence asserts control of Hall’s derivative tech, only Spider-Man and Iron Man stand in the way of an unprecedented wave of rioting and mass murder. And Carnage has brought some friends!

After turning Venom’s world upside down a year ago, DONNY CATES and RYAN STEGMAN are about to put the Sinister Symbiote through hell again, only this time CARNAGE has come calling, and everyone who’s ever worn a symbiote is dead in his sights! He’s skirted the periphery of the Marvel Universe for months, but Cletus Kasady at last stands poised to make his grand return to New York in a blistering, action-packed story…and he wants to paint the town red! And there’s NOTHING anyone can do to stop it!

The serial-killing symbiote’s sadistic spree starts here! As if Venom wasn’t lethal enough, imagine what would happen if his symbiotic “other” had been joined to a murderous psychopath? That’s where Cletus Kasady comes in, as Venom’s symbiotic spawn transforms him into Carnage, Spider-Man’s sickest foe! Killing on a whim, Carnage is a painful, twisted thorn in the sides of Peter Parker, Ben Reilly, Venom…even the Silver Surfer!

He’s baaaaack! You can’t keep a good symbiote down! With his host, serial killer Cletus Kasady, Carnage is looking to wreak some good, old fashioned chaos in the small town of Doverton, Colorado. Now, Captain America, Hawkeye, the Thing, Wolverine and Spider-Man – with help from the special-ops Mercury Team and its symbiotic arsenal; Dr. Tanis Nieves, a.k.a. Scorn; and the one and only Venom, now a government operative – must stop Carnage before an entire American town becomes slave to the whims of a madman!

Venom stars in tales of violence and vengeance! When the video game “Carnage Unleashed” becomes a hit, it provides the psychopathic Cletus Kasady with the opportunity to gain his freedom -and renew his sadistic reign of terror on the streets! The only way to stop a bad symbiote? A good(ish) symbiote! Blood will flow as Venom takes on Carnage!

Then, when killer vigilante Sin-Eater strikes, Eddie Brock’s ex-wife is caught in the crossfire. To survive, must she become the bride of Venom? Plus, Spider-Man and the Scarlet Spider must stand by Eddie’s side when an alien invasion threatens to turn Earth into the Planet of the Symbiotes! 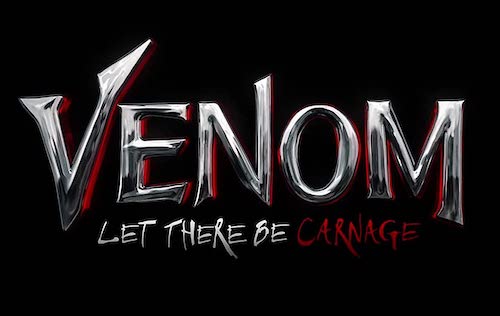 About Venom: Let There Be Carnage

Venom: Let There Be Carnage is an upcoming American superhero film based on the Marvel Comics character Venom, produced by Columbia Pictures in association with Marvel. Distributed by Sony Pictures Releasing, it is intended to be the third film in Sony’s Marvel Universe and the sequel to Venom.