If you are looking for a horror film that will have you on the edge of your seat, In The Tall Grass on Netflix is not it.

If you know anything about me, you probably know that I love horror movies. Honestly, I am also a fan of the bad and cheesy ones. When I first heard about In The Tall Grass, I was intrigued. Then I realized it was based on a novella from Stephen King and I was ALL in.

Then I watched it. Not only did I struggle to even stay awake, I was almost completely and utterly confused the whole time. So much of this movie made absolutely no sense at all. I came out of it with a ton of questions. In The Tall Grass had the potential to be really creepy and good, and just ended up being…. bad. It could have been worse. But not much worse.

If you have not seen this movie and you don’t want to be spoiled, stop reading. Because I am about to get into all of what bothered me about this movie. 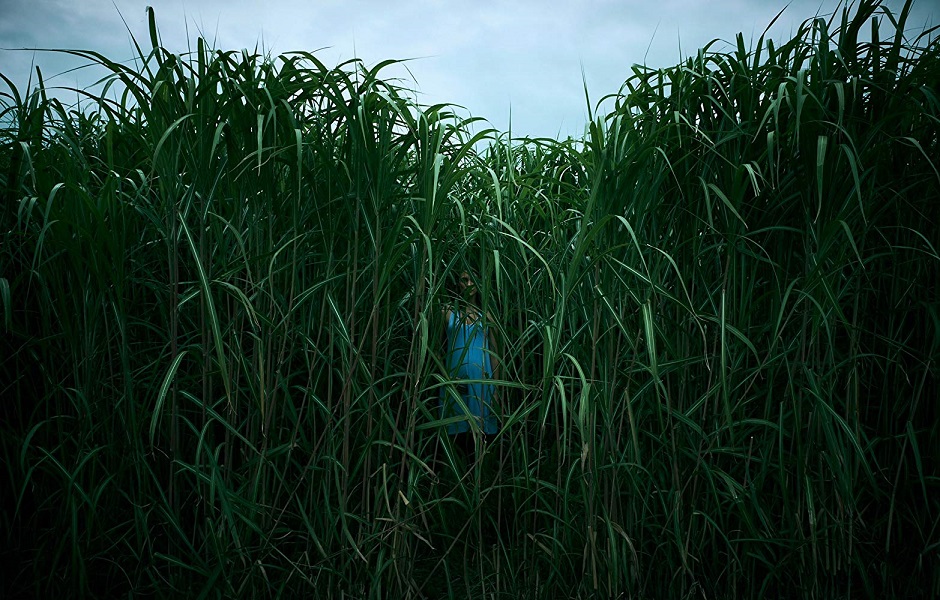 WARNING: Spoilers ahead for In The Tall Grass.

In The Tall Grass starts off with a brother and sister driving through a very rural area. The sister, Becky, is pregnant and feeling sick. They pull over in front of some very tall grass so that she can vomit. While standing there, they hear what sounds like a little boy calling for help, saying that he is lost. The brother, Cal, pulls their car into a church parking lot (that has several other cars parked in it) before going into the grass to help.

Becky follows him and soon they are both lost in the grass. It is clear that there is no straight path through the grass. Something is moving them around in it. As they call out for each other, even with them both standing still, they grow further and further apart.

I need to give you this timeline real quick so that the rest of this article makes sense. We start the movie with Cal and Becky going in the grass after Tobin, as I explained. Travis, Becky’s ex and the father of her baby, shows up and he enters the grass looking for Becky. Turns out she never showed up where she was supposed to and this is about 2 months later.

Then Tobin and his mother and father show up and hear Travis in the grass. Tobin’s dog, Freddy, runs in the grass, followed by Tobin and his parents – Natalie and Ross. So clearly there is some crazy time travel loop thing going on here. Because how could Tobin enter after hearing Travis, who came looking for Becky and Cal, who went in to help Tobin….

See what I mean about the fact that this could have been a good movie? The set up is there. But it just goes nowhere.

Where Did Rock Tobin Go?

Cal ends up discovering the carcass of a dog, Freddy, that has clearly been dead for some time. Soon after Cal runs into Tobin, the little boy who was lost and calling for help. This kid has clearly been in the grass for a while by the looks of him. He lets Cal know that dead things are easier to find because the grass doesn’t move dead things — as he buries a dead crow.

Cal mentions looking for Becky and Tobin says he knows the way. He takes him to the middle of the grass where there is this giant… space rock.. there really is no other name for it. Tobin tries to get Cal to touch the rock but Cal hears Becky call out and takes off.

We never see this Tobin again. Later, we realize that those that touch the rock go crazy. The grass needs them for some reason? Uses them somehow? Ross, Tobin’s father, is the main villain of the story. He has touched the rock and tries to get everyone else to.

But that rock version of Tobin never comes back. They never mention him being dead. He is never brought up again. But regular Tobin shows up. THIS MAKES NO SENSE. I kept waiting for a twist that rock Tobin was pretending to be normal Tobin and never happened. He just…disappeared from the story.

What Is The Point Of The Grass People?

Grass people show up at some point, which was weird in itself. Becky is going into labor — after the grass went… in her, for lack of a better term, and wrapped all around her baby. These people with grass faces and limbs pick her up and carry her to the rock. Where she gives birth.

These grass people are pretty much only in the film for this part. Why?! They could have been a major player in this film but they were totally wasted. There wasn’t even a point to them at all if they were not going to be used right.

After giving birth, Ross shows up and MAYBE feeds her the body of her own baby? It really wasn’t clear enough for me, or my husband to understand. He feeds her something, and tells her it is grass when it is clearly bloody meat. But then she says it tastes like..and he finishes her sentence saying “you”. So was she eating herself? Was he eating her baby? And if it wasn’t the baby, what happened to the baby?

Where Are All The Other People?

There are tons of cars in that church parking lot and you are telling me that none of them are going to show up in the grass? They clearly all went in there. They had to have. And once in the grass, some crazy time travel stuff happens and you can die over and over.

We see Becky’s carcass, a whole lot of Cal carcasses… but no one else? If the grass doesn’t move dead people did all those people end up getting out alive? Doubtful. So why didn’t we see any other bodies?

So Is Travis Back At Home?

The ending of the movie is weird. Travis touches the rock so that he can discover the way out. Apparently he is strong enough to fight off the evil and gets Tobin out of the grass. He tasks Tobin with stopping Cal and Becky from going in the grass in the first place. He gives her a bloody necklace that he took off dead Becky, to prove to alive Becky that something weird was going on in the grass. And it works. Cal and Becky take Tobin with them, and head back to where they came from.

So what I really need to know is will Travis be back at home when Becky gets there? She says she left because he wasn’t ready for a baby and wanted her to get an abortion. In the grass he discovers he missed his chance with her and he wants them to have a baby. But if he is home, isn’t he still not going to want the baby? Time travel is weird I guess. 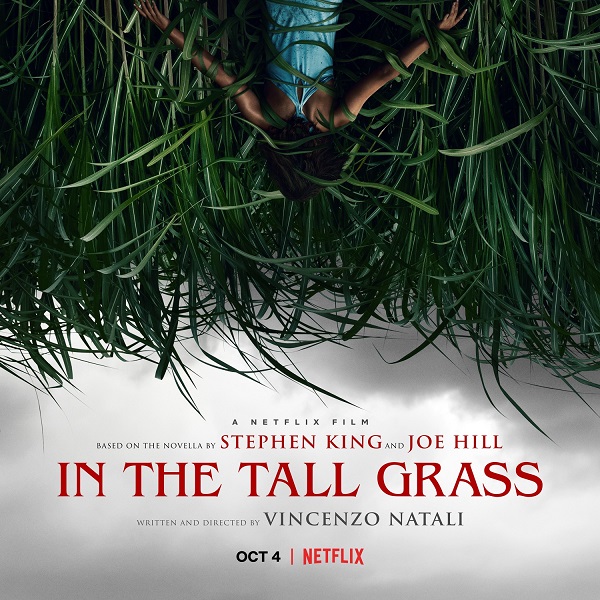 This set up has all the makings for a fantastic horror movie. However, it just falls flat. I have not read the Stephen King novella but this made me want to because I know it has to be better than this. Right?

When you come out of a movie with more questions than answers, that is never a good sign. I kept thinking back to parts of this movie that could have hit when they were a miss. Perhaps that is on the source material, I will have to read it to see, but that doesn’t mean things could not have been fixed.

Patrick Wilson plays Ross and he is by far the best part of the movie. The villains usually are in films like this. But the plot holes and questions made this almost unbearable to watch. For someone who likes cheesy horror movies, I should have loved this film. But it bored me. In The Tall Grass could have been worse. But it also could have been better.

About In The Tall Grass

After hearing a young boy’s cry for help, a sister and brother venture into a vast field of tall grass in Kansas but soon discover there may be no way out…and that something evil lurks within.

In The Tall Grass is available to watch on Netflix now.