The Outsider season one had me on the edge of my seat from the beginning. With multiple twists and turns, it is a true thriller — and more than worth a binge. 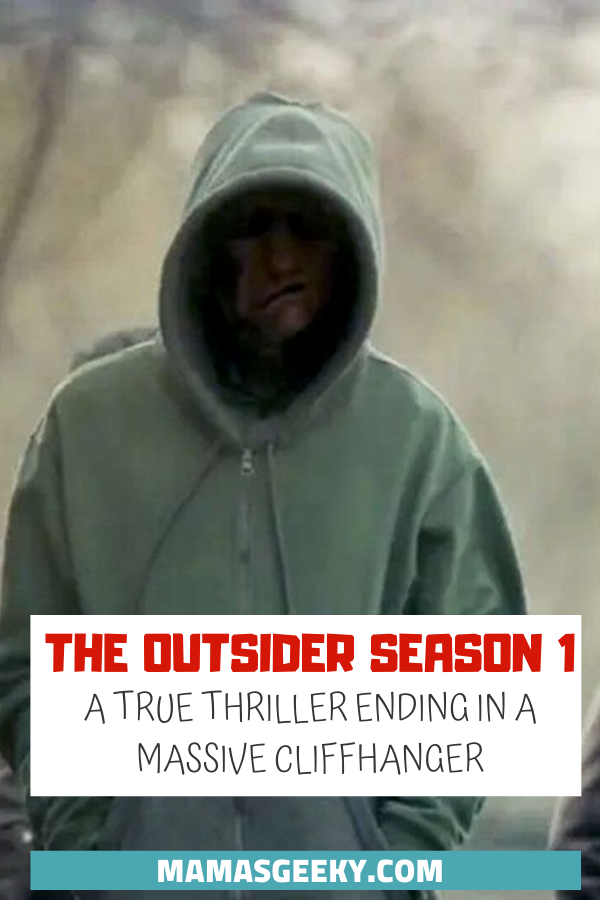 The Outside season one is a true thriller at heart. Each episode got more and more intense, and gave us a deeper look into what was exactly was happening. Then of course, it left us with a massive cliffhanger that has me practically begging for a season two. I have never read the book, although I have since ordered it and cannot wait to dig in.

If I didn’t know that it was based on a Stephen King book, I would have easily been able to figure that out. The show did a great job of capturing his essence and style. I love a good thriller and this show encompassed everything that I love in a thriller, chiller, horror type show. There were moments that I was completely shocked, moments where I was dying to know what was going to happen next, and moments where I jumped out of my skin.

The entire series is filled with an absolutely amazing cast. I believed every single one of them. The two standouts for me were Ben Mendelsohn and Cynthia Erivo. Their journeys and character arcs felt real. Like really real. I saw the struggle that Ben’s character went through as everything he believed went out the window. And of course, seeing Cythia’s character so quickly believe in it with every fiber of her being made me love her more than I thought I would.

I want to keep this spoiler free for you, so I will not share exactly what the cliffhanger is — just that I didn’t see it coming until it was in my face. However, I didn’t read the book. Friends of mine who have said this wrapped up exactly how the book did. But there is no sequel to Stephen King’s The Outsider, so what should be expect in a season two?

Well, whatever HBO gives us, I am here for it. Sure, this season was a slow burn, but it was one I was willing to sit through. Each episode got more and more intense. It was clear that the point was to make the first season the entire book, and to split that into ten episodes it was important to take some things slow.

About The Outsider: The Complete First Season

Based on Stephen King’s best-selling novel of the same name, “The Outsider” begins by following an investigation which at first seems like it will be simple and straightforward but things change as it leads into the gruesome murder of a young boy by a seasoned cop. When an insidious supernatural force edges its way into the case, it leads the investigators to question everything they believe in. The character of Holly Gibney from “Mr. Mercedes” is a major character in this series.

In addition to all 10 exhilarating episodes from season one, Outsider: The Complete First Season features over 40 minutes of behind-the-scenes bonus content including the all-new featurette “EL CUCO. THE BABA YAGA. THE OUTSIDER.” In this never-before-seen featurette you can dive deep into the real-world origins and supernatural abilities of the being at the center of The Outsider with compelling insights from the creators and cast.

Pick up your copy of The Outsider: The Complete First Season on Blu-ray & DVD now!