The Invisible Man will have your heart pounding from beginning to end — but it also has a ton of great quotes. Some profound, some bone-chilling.

I love a good thriller, which is exactly what The Invisible Man 2020 movie is. This movie had me on the edge of my seat the whole time, mostly because of the sounds — or lack there of. What a film! But honestly, there were a lot of quotes that really stuck with me throughout the film. Here are my favorites.

Check out my full review of The Invisible Man 2020 movie.

Some of these quotes from the 2020 The Invisible Man movie are sure to make your skin crawl. I know they did for me. That is what makes this movie so powerful. If you haven’t seen it yet, you are missing out.

“Adrian was brilliant. But it wasn’t because of anything he invented, it was how he got in people’s heads.” – Tom

“He said that wherever I went, he would find me, walk right up to me, and I wouldn’t be able to see him.” – Cecilia

“He was in complete control of everything. Including me. He controlled how I looked, what I wore, what I ate. Then he was controlling when I left the house. What I said. Eventually what I thought.” – Cecilia

“He has figured out a way to be invisible. You know exactly what I’m talking about. He’s not dead, I just can’t see him.” – Cecilia

“I found something that can prove what I’m experiencing.” – Cecilia

“There’s nothing left for you to take. You’ve already taken it all.” – Cecilia

"There's nothing left for you to take. You've already taken it all." Well that was… powerful. #TheInvisibleManAtHome

“I have a pile of ashes in a box that would disagree with you.” – Tom

“My hand’s shaking. You know you are the only person in the world that gets to see my hand shake? It’s because I need you, Cecilia.” – Adrian

“Don’t let him win by bringing him back to life.” – Tom

“The only thing more brilliant than inventing something that makes you invisible was not inventing it, but making you think he did.” – Tom

“One night I was sitting and thinking about how to leave Adrian. I was planning the whole thing in my mind. And he was staring at me. Studying me. Without me saying a single word, he said that I could never leave him.” – Cecila

“Tell him to stop what he’s doing.” – Cecilia

“Adrian will haunt you if you let him. Don’t let him.” – James

“You won’t get me.” Cecilia

“Adrian did this to me. He is not he victim here.” – Cecilia

“I just didn’t know he was that unstable.” – Cecilia 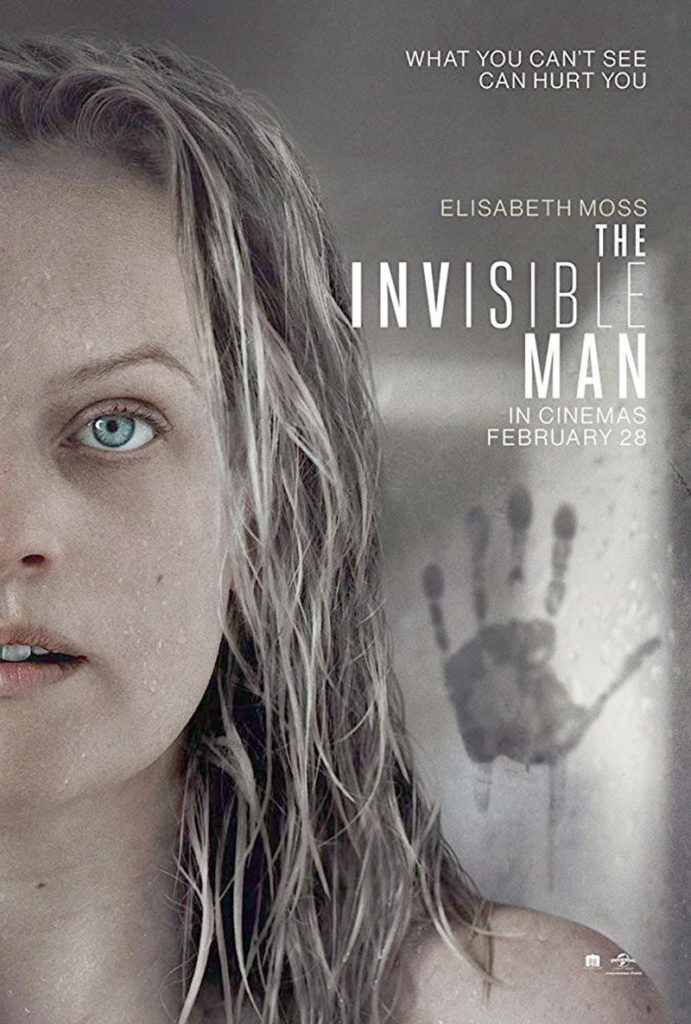 About The Invisible Man

Trapped in a violent, controlling relationship with a wealthy and brilliant scientist, Cecilia Kass escapes in the dead of night and disappears into hiding, aided by her sister, their childhood friend and his teenage daughter.

But when Cecilia’s abusive ex commits suicide and leaves her a generous portion of his vast fortune, Cecilia suspects his death was a hoax. As a series of eerie coincidences turns lethal, threatening the lives of those she loves, Cecilia’s sanity begins to unravel as she desperately tries to prove that she is being hunted by someone nobody can see.

Rent The Invisible Man now from your favorite digital retailer!