Who doesn’t love a good ride photo at Walt Disney World? I know I do! But where exactly are all the cameras for the Disney ride photos? I have you covered!

My family and I love to do fun things during our Disney World ride photos. Pretend to be asleep, playing cards, scared — you name it, we have done it. But how do we make sure the perfect photo is captured? We have worked hard to make sure that we know exactly where every ride photo camera is in all of Walt Disney World.

On a recent girls trip to Disney, I realized that not everyone knows where the cameras are. In fact, my friends were continuously asking me where to look on each ride. They suggested I write a post about it, so that is exactly what I am doing! So if you are looking to capture the perfect ride photos, you know where to look. 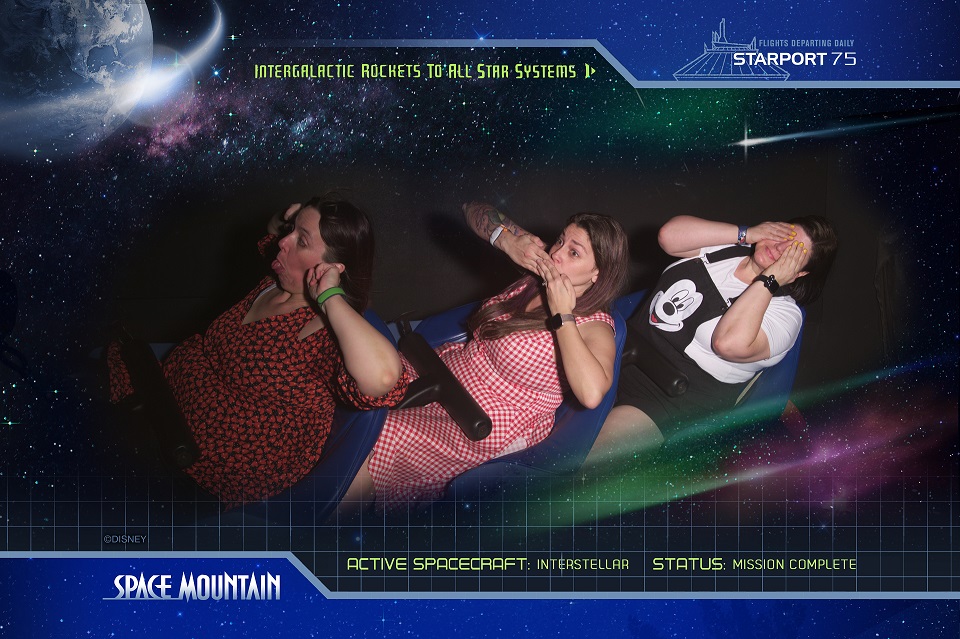 But where is it exactly? Right around that first corner so BE READY! Your photo will be snapped just as you speed up at the beginning of the ride — less than a minute in. 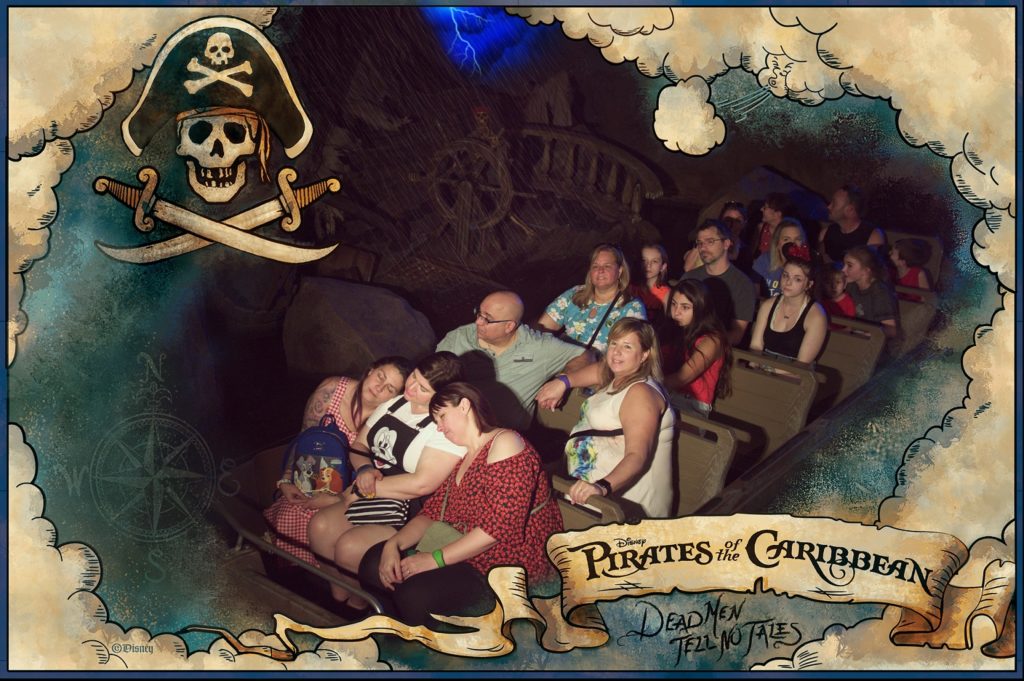 Pirates of the Caribbean

The camera on Pirates of the Caribbean is right before the drop — look up and to your left. The skull and crossbones that talks to you, the camera is inside of him. 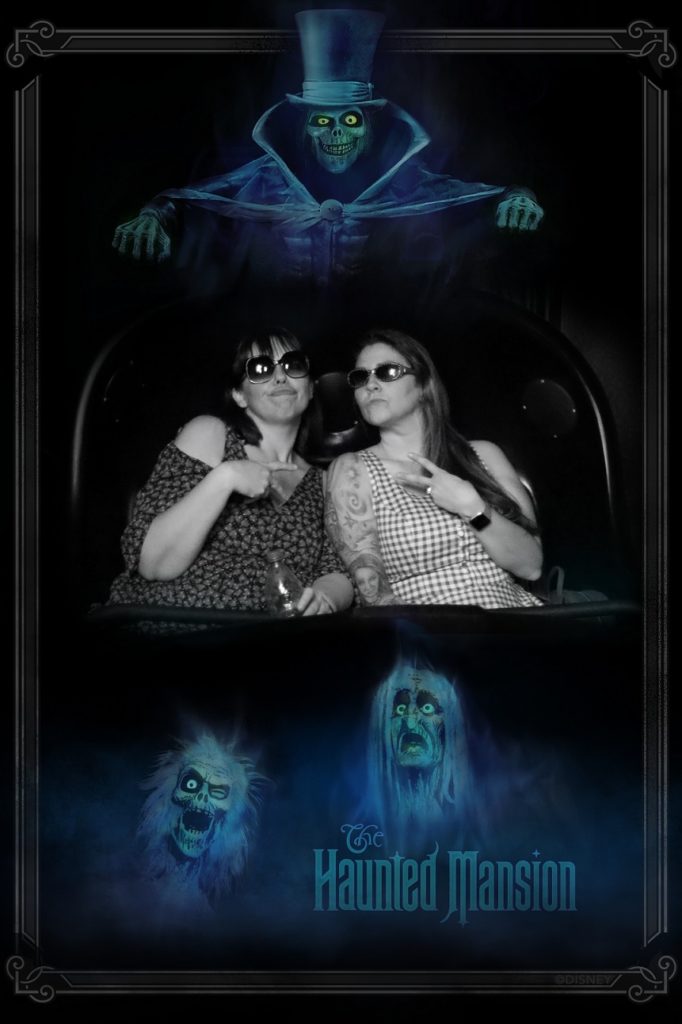 One of the newest ride photos is on The Haunted Mansion — and it is pretty well hidden. There was always flashing lightning at the beginning, and that is why you might not notice the flash of the camera.

Splash Mountain is probably an obvious one that you don’t need me to tell you where the camera is. But just in case, it is about 1 second down the big drop at the end. There are a lot of drops on Splash Mountain, but the big one is after you pass the crows. 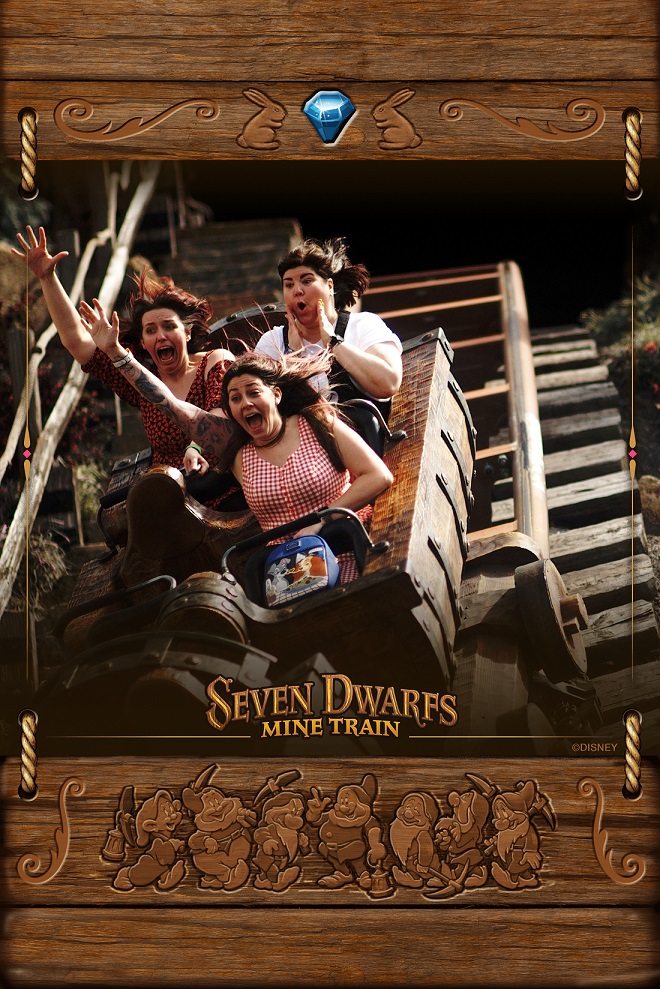 Seven Dwarfs Mine Train actually has two different cameras. One for a photo — and one for a video! The first one is to the left as you go down the first big hill. And the second is at the bottom of the hill to the left. You will see the lights that are used for taking photos in the dark, and should be able to time your photos right.

Buzz Lightyear’s Space Ranger Spin seems to always catch me deep in thought. You will know that it is time to pose because your cart will turn automatically to face the camera. It will be to your right in the last room where you can shoot. 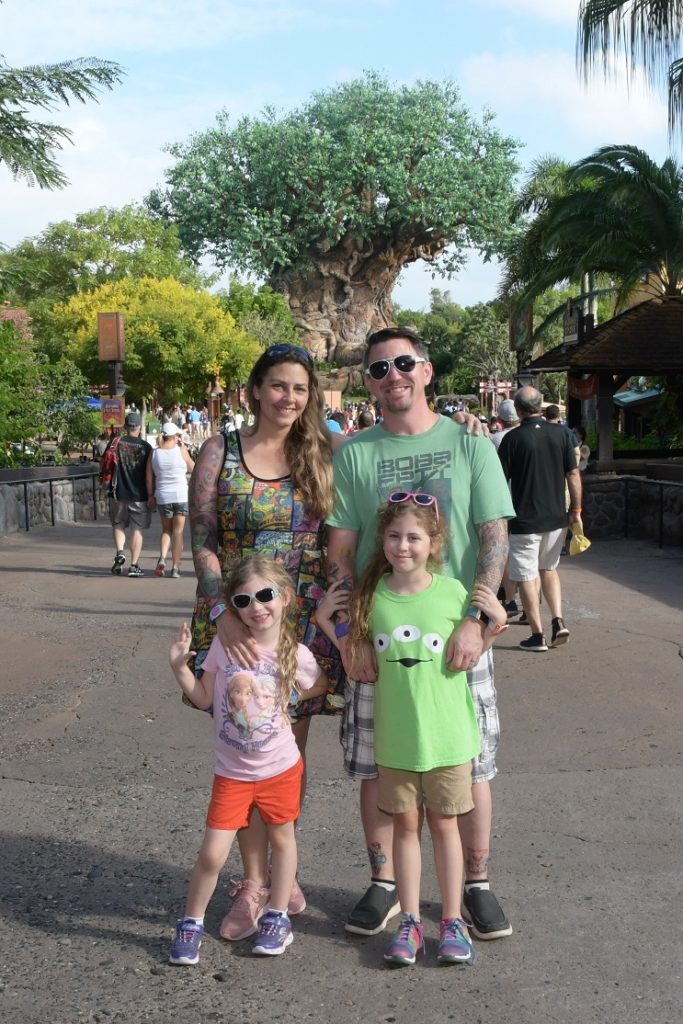 I love Animal Kingdom, but there are not a lot of ride photo opportunities here. But no worries, just make the few that there are count! 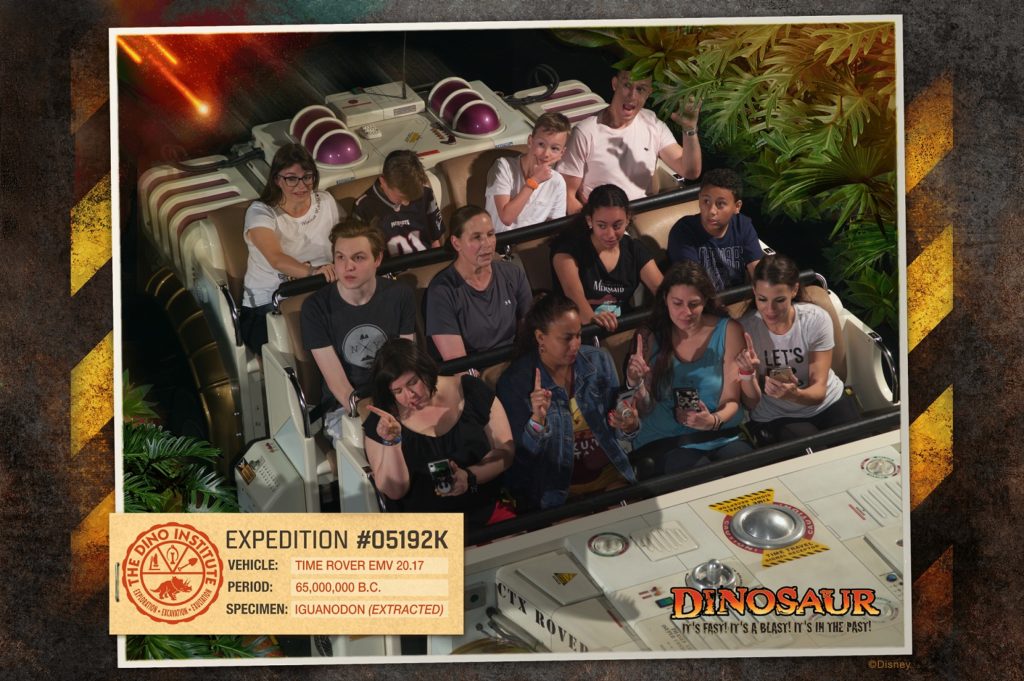 This is one of my favorite ride photos to pose for. You can find the camera towards the end of the ride. The third time you come face to face withe Carnosaur. If you want to pose, look to the right. Which will be easy because there will be a giant dinosaur to react to.

This ride is my worst nightmare and something I will never enjoy. Ever. The camera is located the backwards part, just as you start going forward again — up and to the right. 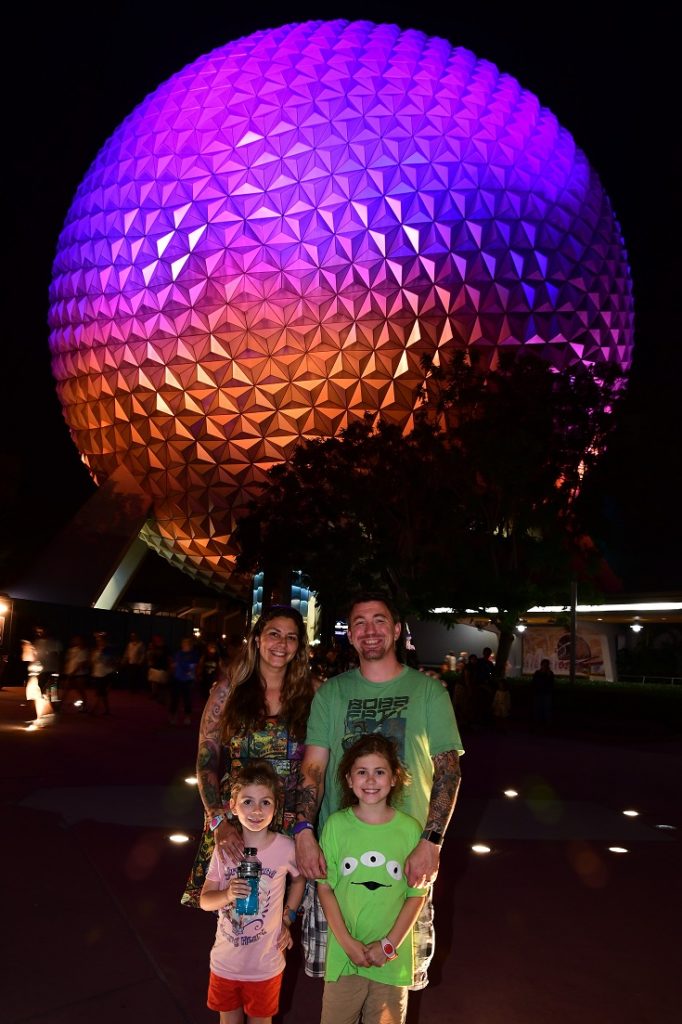 EPCOT is a great park for food and drinks — but there are also a couple fun ride photos to take advantage of!

The Test Track ride photo is located outside, as your car is being tested. Look up and to the left as you go down the hill as soon as you are sent outside.

Once you know where the Frozen Ever After camera is, you won’t forget it. As you near the end of the ride, you will Marshmallow (the big snowman), and then you will drop. The camera is up and to the left and snaps your photo just as you are send flying down the hill.

I love Hollywood Studios, formerly MGM Studios. Some of my favorite thrill seeking rides are there, which make for great ride photos.

If you have been on the Tower of Terror, you know how fun it is! But where is the camera? It is right where the doors open and you can look out over the park. This is usually the second time you drop, but can vary per ride. 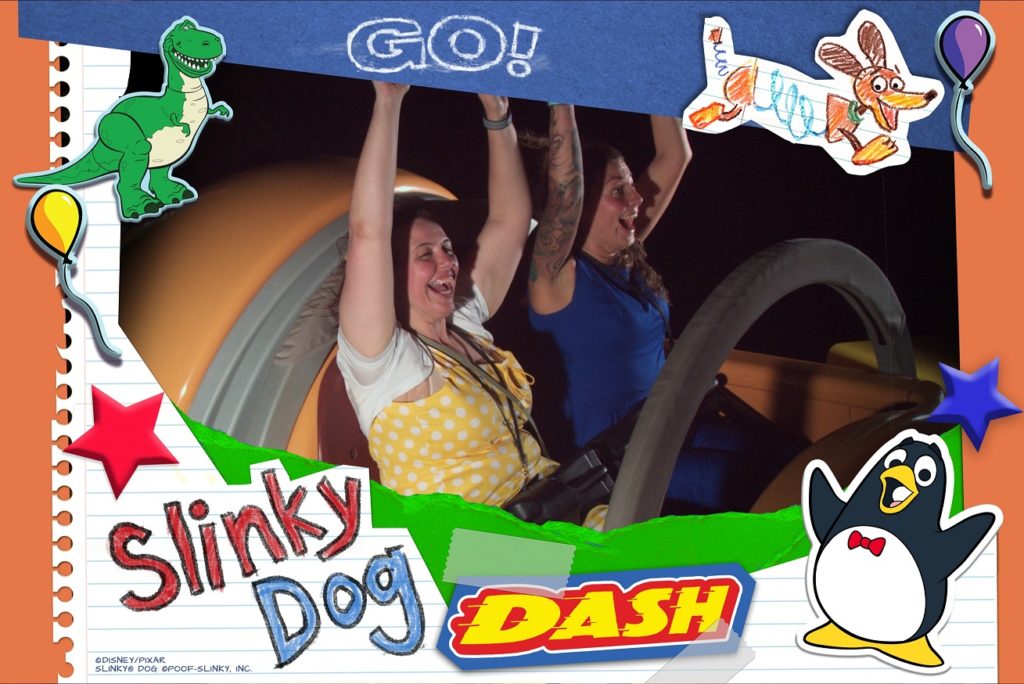 Slinky Dog Dash is the newest roller coaster at Hollywood Studios and of course these is a fun ride photo included! You can find the camera after the 4 hills, on the right side, after a few turns.

This is one of my favorite roller coasters — hand down. And the photo is always the best because no matter how hard you plan for it, I don’t think you can hide your shock. The camera? It is at the very beginning and snaps a photo right as you take off — at full speed.

As Disney adds more and more rides, I hope they add more ride photos too! Need more Disney tips and tricks? I have you covered!