The X-Men are some of my favorite characters in Marvel Comics. I am not going to lie, I am HYPED that Marvel Studios now has control over this franchise. Some of the X-Men films have been….sub par. The final Fox owned film, Dark Phoenix, is coming to us this June, and I am mildly excited. It seems like every trailer we see, it gets better and better. To prepare those of you who know nothing about the Phoenix force, here is a list of 5 comics you should check out before seeing this movie in theaters. 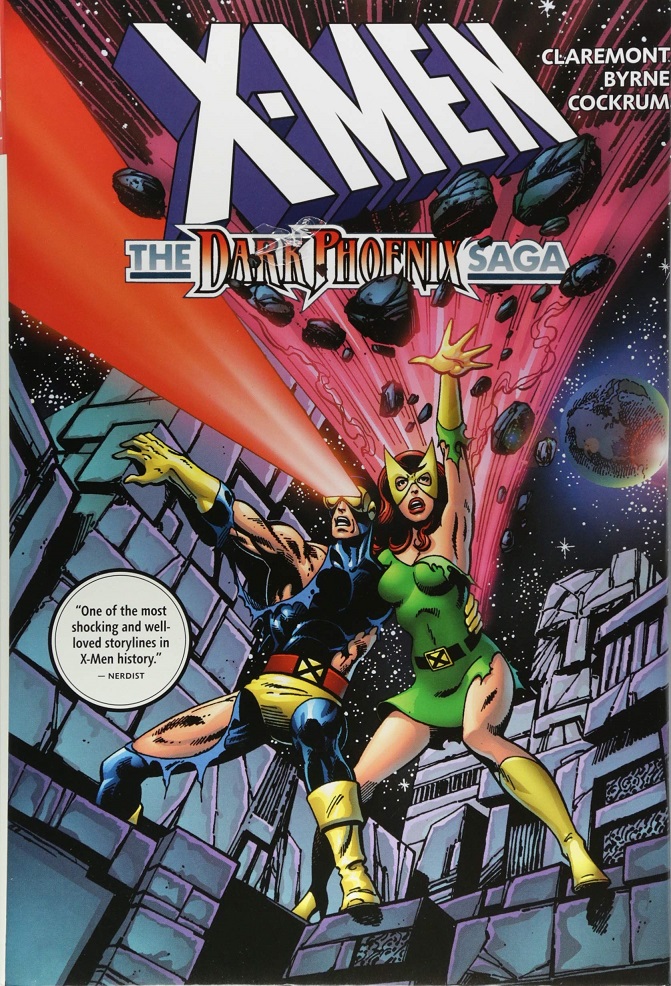 The greatest comic book saga ever told, in one cosmic-sized Omnibus! It begins with a shocking story in which Marvel Girl sacrifices herself…only to be reborn as Phoenix! But when a galaxy-spanning adventure reveals that Jean Grey has somehow attained power beyond conception, Cyclops and the X-Men can only watch as Phoenix is corrupted absolutely.

As the team faces the Shi’ar Empire, Hellfire Club and more, can Jean Grey be redeemed? Chris Claremont, Dave Cockrum and John Byrne weave an epic tale of triumph and tragedy that changed everything for the X-Men – and all of comics! It’s the full Dark Phoenix Saga, with bonus tales illuminating Jean Grey’s defining story!

An epic tale of triumph and tragedy! When the Dark Phoenix rises, suns grow cold and universes die! Gathered by Charles Xavier, the X-Men have dedicated their wondrous abilities to protect mankind – even those who hate and fear them. one of their own, Jean Grey, has unwittingly attained power beyond conception – and been corrupted, absolutely.

The X-Men must decide: Is the life of the woman they cherish worth the existence of an entire universe? This touching tale of ultimate power and the triumph of the human spirit has been a cornerstone of the X-Men mythos for over three decades.

The mother of all back-from-the-dead stories! Jean Grey was touched by cosmic power, Jean Grey went insane and destroyed a world, Jean Grey sacrificed her life to save the universe – but it wasn’t Jean Grey at all! Mutantkind’s most remarkable resurrection, spread across three titles: AVENGERS, FANTASTIC FOUR and X-FACTOR!

Guest-starring the Sensational She-Hulk, the Incredible Hercules and more!

Like a Phoenix from the ashes, she will rise! Years ago, Jean Grey died at the hands of a villainous mutant – and the X-Men mourned her. But that was then – and in the years that have passed since that shocking loss, the world has changed. Jean’s teammates have lived without her, and some have died without her.

But now, when strange and mysterious events start happening all over the world, an unmistakable pattern forms, and Jean’s friends and loved ones can only come to one startling conclusion. Impossible as it seems – the one true Jean Grey is back from the dead!

Jean Grey’s cycle of death and rebirth continues as one of comics’ most celebrated writers leaves his unmistakable mark on the Phoenix! As Jean’s connection with the cosmic firebird rekindles, Magneto returns!

The X-Men thought that his mutant menace had finally been ended – but he was hiding in plain sight all along, waiting to make his move. With the X-Men scattered and blindsided, New York afl ame and Xavier’s students corrupted, Jean must reclaim the power of the Phoenix…no matter the terrible cost!

Then, 150 years in the future, the X-Men’s ultimate foe has finally revealed his true face. But when the Phoenix Egg is discovered, will the X-Men of tomorrow become the next victims to burn in the Phoenix Force’s purifying flames? Experience a pivotal chapter in the life and legacy of Jean Grey!

This is the story of one of the X-Men’s most beloved characters, Jean Grey, as she evolves into the iconic DARK PHOENIX. During a life-threatening rescue mission in space, Jean is hit by a cosmic force that transforms her into one of the most powerful mutants of all. Wrestling with this increasingly unstable power as well as her own personal demons, Jean spirals out of control, tearing the X-Men family apart and threatening to destroy the very fabric of our planet.

The film is the most intense and emotional X-Men movie ever made. It is the culmination of 20 years of X-Men movies, as the family of mutants that we’ve come to know and love must face their most devastating enemy yet — one of their own.