I am an official ambassador for Dole Fresh. Dole provided me with compensation for my time. As always, all opinions expressed in this post are mine.

Captain Marvel is taking the world by storm – rightfully so. Higher. Further. Faster. is Carol Danver’s motto, which she uses to encourage girls and women everywhere to be their best selves. I have two young daughters and I want more than anything to see them succeed in life. I also want them to be their healthiest selves, so I was thrilled when DOLE teamed up with Marvel for the Powering the Hero Within campaign. It is one of the many reasons we love their products.

About Powering The Hero Within

While Carol Danvers fights to save Earth from a galactic battle as Captain Marvel, Dole is celebrating other female superheroes for their battles waged a bit closer to home. “Powering the Hero Within” (#DoleHero) is a 10-week empowered-living alliance between Dole and Marvel’s Captain Marvel inspired by Danvers’ dramatic transformation into the title character of the much-anticipated March 8 release. Taking its cue from Danvers, Dole is acknowledging influential women in food, health, and wellness plus female-focused nonprofit groups working toward a healthier, more heroic world. This initiative launches Feb. 25 and continuing through May 5.

According to Lisa Overman, director of marketing for Dole, the collaboration is meant to honor Captain Marvel’s distinction as the first female superhero in the Marvel Cinematic Universe to headline her own film.

“We’re applauding the women everywhere who use their powers, whether supernatural or everyday, to fight for a healthier and more equitable planet. At the top of this list are all the female farmers, chefs, doctors, nurses, dietitians, scientists, engineers, philanthropists and others who have sacrificed over the years to give us a more fulfilling, nutritious life.“

Among the health-related female superheroes that Dole is inspired by and hopes may inspire others to everyday heroism are:

“In honor of both Captain Marvel and March’s designation as Women’s History Month, Dole salutes these past and present champions of nutrition, health and wellness whose accomplishments allow us to do the work we do today,” said Melanie Marcus, MA, RD, Dole’s nutrition and health communications manager.

Superheroes in training will be directed to nine Dole fruit and vegetable recipes selected by Marcus for specific nutrient and health benefits important to women. Dole will even bring Marvel into the produce aisle with limited-time, Captain Marvel-inspired DOLE Banana stickers and DOLE Pineapple hang tags featuring Captain Marvel, Nick Fury, Mar-Vell, Talos, and Goose the Cat. Shoppers can find them in U.S. and Canadian supermarkets starting the week of Feb. 25.

For recipes, nutritional insights, and other information about “Powering the Hero Within,” go to www.dole.com and use #DoleHero on social.

These antioxidant-rich Berried Treasure Yogurt Cups can be prepared in advance to keep blood sugar levels steady throughout the day. I love a healthy breakfast filled with fruits, so this is something I have made several times already. Trust me, you will love it!

This Lemon Ginger Stir Fry as part of a fiber-rich, heart-healthy diet. Even my girls love it – they are 6 and 7 so that says a lot. They have no idea how healthy are eating. I’ll take it! 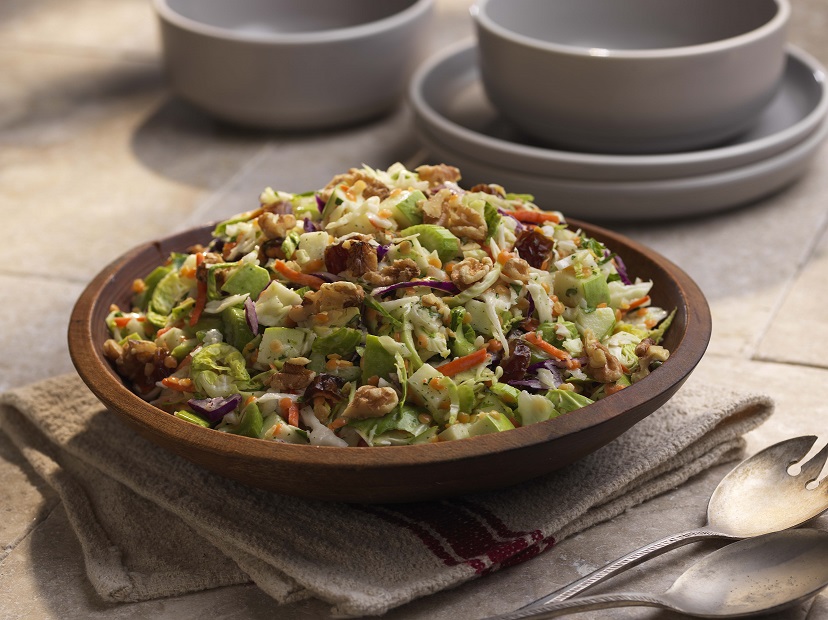 Sweet Apple Brussels and Lentils capitalizes on the iron-absorption powers of lentils and green vegetables – and it is delicious!

Marvel Entertainment, LLC, a wholly-owned subsidiary of The Walt Disney Company, is one of the world’s most prominent character-based entertainment companies, built on a proven library of more than 8,000 characters featured in a variety of media over eighty years. Marvel utilizes its character franchises in entertainment, licensing, publishing, games, and digital media. For more information visit marvel.com. ©2019 MARVEL

Excited for the release of Captain Marvel like me? Well, I have a FUN giveaway to help celebrate! One lucky reader will win a Captain Marvel-themed giveaway prize pack (with a $100 value)! This prize pack includes:

Talk about an amazing prize! The winner not only gets to see the movie (yay!) but also gets some amazing Captain Marvel goodies!

Disclosure: This giveaway is in no way sponsored, endorsed or administered by, or associated with Marvel. Dole and Hasbro are the sole sponsors of these prizes, however the giveaway is solely owned, administered, solicited and operated by me. Mama’s Geeky is not responsible for prize fulfillment. One winner will be randomly selected using the Rafflecopter random selector and will be notified via email. Once notified, the winner will have 24 hours to respond or a new winner will be chosen. This giveaway is in no way associated with Facebook, Twitter, Instagram, Pinterest or Google. Void where prohibited. This disclosure is made in accordance with the FTC 10 CFR, Part 255 Guides Concerning the Use of Endorsements.