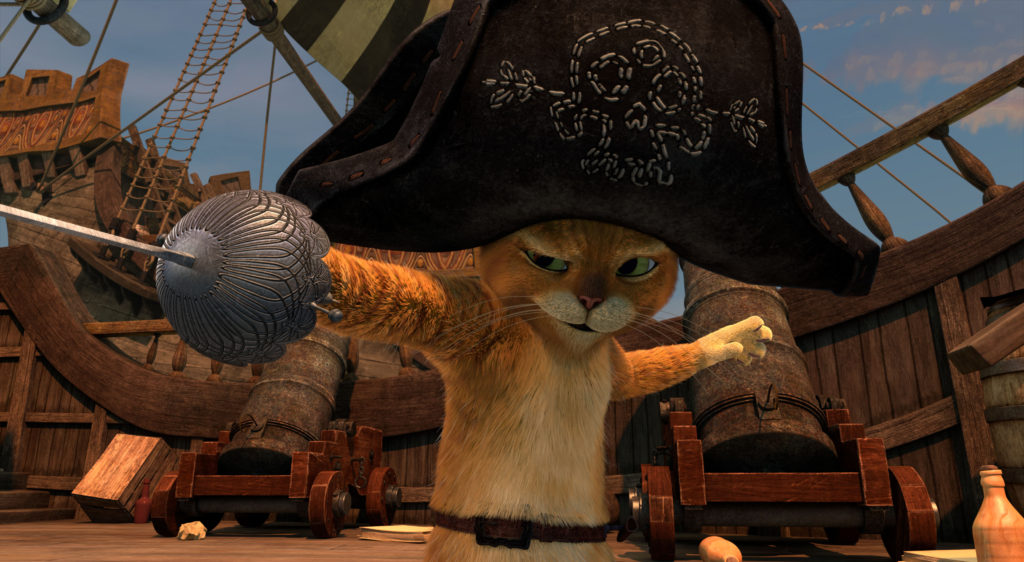 Starting TODAY (July 15), you can watch the entire new third season of PUSS IN BOOTS from Dreamworks Animation only on Netflix! Puss in Boots is the world’s greatest swordfighter we all know and love; who swings into action in this all-new original series! Always ready for a good time and warm glass of milk, Puss doesn’t disappoint when he charms beautiful Dulcinea, a gleeful naïve kitty with a heart of gold, and defends his new friends after accidentally breaking a magic spell protecting their town from thieving villains. Watch out this kitty may be charming, but he still has claws!!!

My girls and I have loved watching the other two seasons and we are planning on binge watching the third season this weekend! My 5 year old just loves Puss in Boots – she can’t get enough of him! She has watched the other seasons all the way through at least 5 or 6 times. My 3 year old even enjoys watching his adventures.

About Puss in Boots Season 3
The world’s most legendary swordfighter, Puss in Boots, swings into action with more of your favorite fun-filled magical adventures in the all-new Season 3 of THE ADVENTURES OF PUSS IN BOOTS! Season 3 picks up where the epic cliffhanger from last season left off: Puss must go toe-to-toe against the evil Bloodwolf. When Puss realizes he can’t do it alone, he forms the Senior Defense Squad and joins a rowdy band of Sky Pirates to help the fight against the Bloodwolf. And the only way to watch is on Netflix July 15th!