Vengeance is a quick mystery — but it is more thrilling for the unexpected reasons than for what viewers might think. Here’s our Vengeance review. 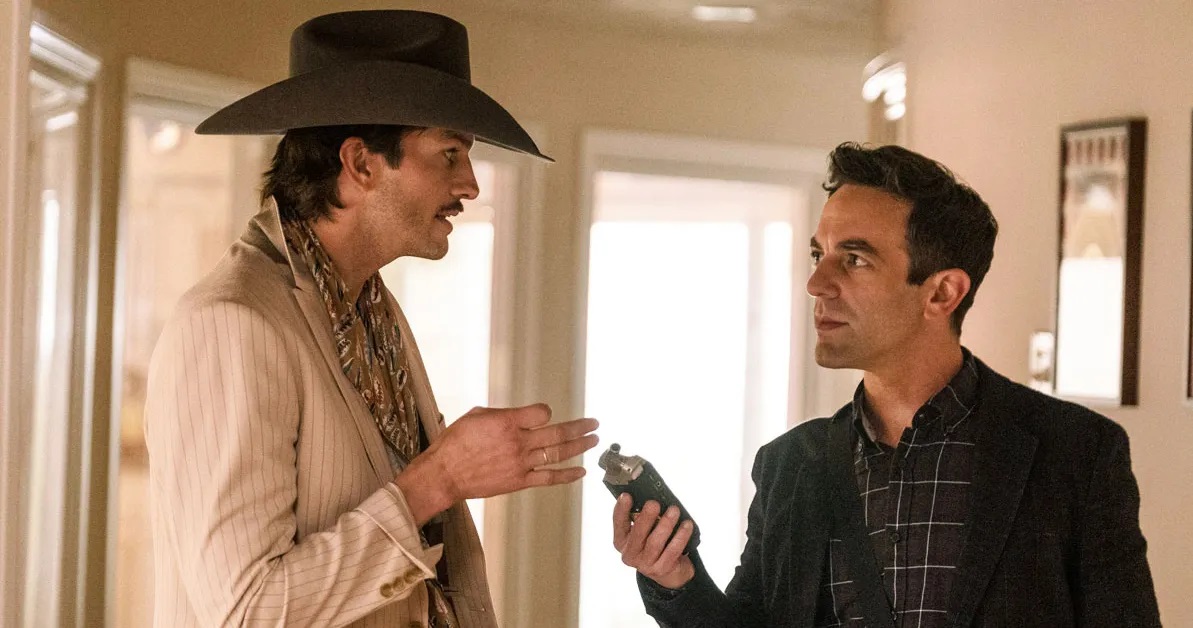 The new 2022 thriller, Vengeance, is not only written and directed by BJ Novak but he also stars as the lead — and does a great job. The character work is insanely good and elevates the basic story quite a bit. All too often when a director chooses to be in the film as well, something can get lost along the way. Perhaps it is a problem of having too much on their plate. Luckily, that isn’t the case with Vengeance.

Vengeance follows a podcaster/journalist Ben, played by BJ Novak, and he has to attend the funeral of a girl he hooked up with. Her family thought they were a lot closer then they actually were, and since her brother wants vengeance. It seems like a good story for Ben’s podcast so he runs with it.

The story sounded pretty basic at first but as the movie goes on a lot of the characters elevated it. Other than BJ Novak, Boyd Holbrook who played the deceased sister’s brother is really really great. Dove Cameron is also in this movie but doesn’t have enough screen time to do anything too valuable. Nevertheless, everyone in the family is great, their characters, regardless of their screen time, are fun, heartwarming, and create an unexpected environment for Ben.

It is scary how realistic this movie is and it was super unexpected. The trailers did give some reveals about the podcast and how people make lies and theories just to not be wrong, but the twists that this movie takes towards the end are dark. For those who haven’t seen the trailers at all, it will take many unexpected turns.

Ben himself, while not relatable, is hyper-realistic and by the end has a near perfect arc. The reason why this movie is so thrilling and sometimes scary isn’t because of jump scares or gory creatures, but because of how realistic the ideas are.

The entire movie is surrounded by the idea of always sharing, the new age of media, and though the story of the movie overall is basic, the ideas/meaning behind all of the story beats make it worth the watch.

The pacing lends itself to this hyper-realism because they use a back and forth storytelling method. Sometimes you hear the podcast and other times the real-time version of what is happening, but sometimes both at the same time. But, the pacing is also the movie’s greatest fault.

The resolution is not good. It feels flat, rushed, and undeserved. If you are a true crime movie fan this might work for you but the movie definitely had more of an impact on the philosophical level than story wise. The villain of the movie wasn’t great and although the third act was really good, the resolution will leave a weird taste in most viewers’ mouths.

As a whole, if you were a fan of the trailer, this is one you want to check out but, if you aren’t regularly into true-crime-type movies, you could skip out and not regret it.

VENGEANCE, the directorial debut from writer and star B.J. Novak (“The Office”), is a darkly comic thriller about Ben Manalowitz, a journalist and podcaster who travels from New York City to West Texas to investigate the death of a girl he was hooking up with.

Vengeance is playing in theaters now.