Star Trek: Strange New World is the Progressive Trek that fans have always wanted. Read on to learn why in our review. 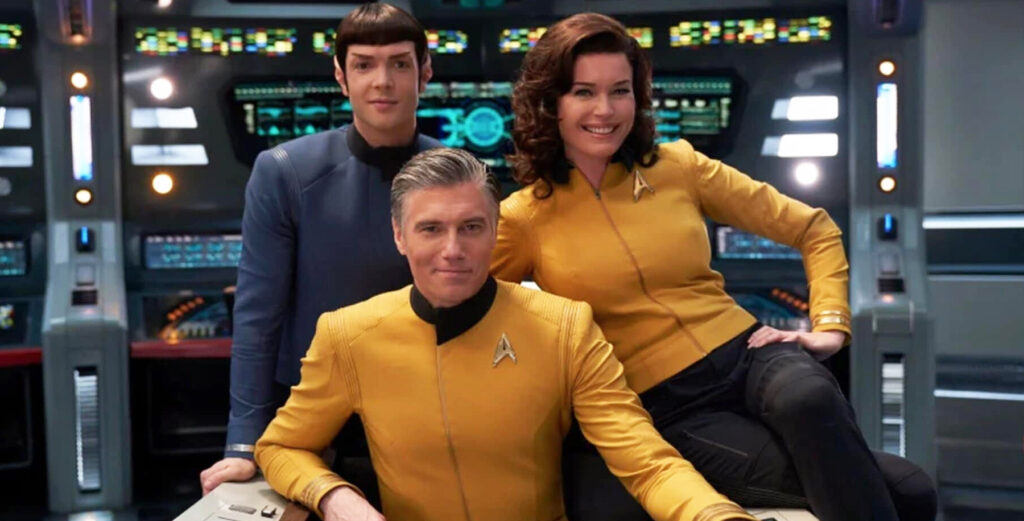 Since 2017, Trekkies were blessed with new a new Star Trek series for the first time since the end of Enterprise with the premiere of Star Trek: Discovery. With a new cast and characters introduced, the series breathed fresh air into Star Trek, and introduced the franchise to new fans from all over the world. However, in season two, the show introduced a very important character from old Star Trek made his debut on Discovery — Christopher Pike.

Now, if you have not seen the original unaired pilot of the original series, Christopher Pike might be unfamiliar, perhaps you’ve only seen the first Star Trek two parte episode, “The Menagerie Pt 1 & 2”, or just remember his name in passing. He is known as a tragic hero, for he is left confined to a life support wheelchair after suffering from radiation poisoning while saving Starfleet cadets.

After the event, he returned to Talos IV, and his fate is left unknown after that. Pike never really had his time to shine in the original series, we did get to see more of him in the JJ Abrams films, known as the Kelvin Timeline films, but even then, his time is cut short. He is still a mysterious character that had a big impact on both Kirk and Spock, but never truly had his moment to shine, until Star Trek: Discovery and now Star Trek: Strange New Worlds.

Strange New Worlds follows Pike and the crew of the Enterprise before Kirk became captain and approximately nine years before Pike’s accident. The important thing to note about the plot of the show, is that Pike is aware of the accident, he knows his fate, and has the choice to remain in his farm, but opts to return to space. By doing so, he accepts his fate. Throughout the course of the show, Pike knows his time at the Enterprise and his crew will be cut short, but we see him come to terms with his fate as he is reunited with his crew, including Spock and Number One.

There are new characters introduced, but there are old Star Trek characters that are given the opportunity to shine, those being Number One, Nyota Uhura and Christine Chapel. In the original series, their characters fell into misogynistic tropes and were tossed aside; here, their strengths and important contributions to the Enterprise are acknowledged. The rest of the new characters, La’an Noonien-Singh, and Erica Ortegas prove to be valuable additions to the Enterprise as well.

It was also refreshing to see the Enterprise be run by a very diverse group, proving how Star Trek has grown with the times, and has managed to diversify its cast in every aspect. Star Trek has some of the best Latinx representation in current television, a statement that I don’t make lightly and I am very proud to add Strange New Worlds to the ever growing list.

The first episodes of the series showcase the origins of many details of the Star Trek canon, like the Prime Directive. It is also exploring the many relationships that were established throughout the Star Trek series, such as Pike and Spock’s, I am the most excited to see that relationship evolve and see how Spock was before eventually meeting Kirk, since that is something that we have not seen explored until Star Trek: Discovery.

The new installment in the Star Trek universe has started strong, and the character journeys that have been set up, are incredibly exciting. 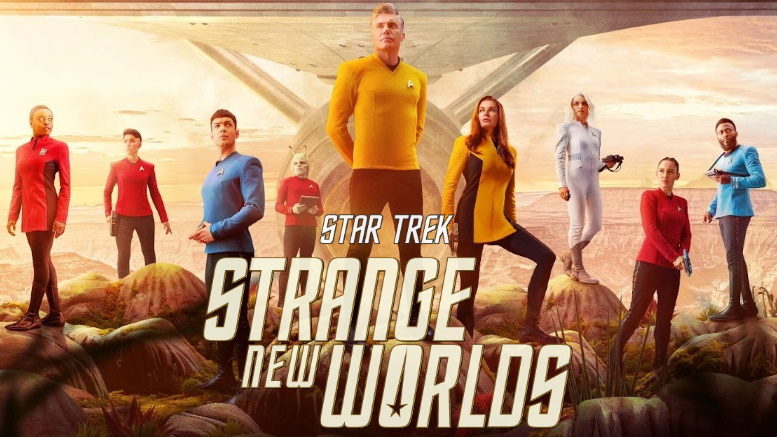 STAR TREK: STRANGE NEW WORLDS is based on the years Captain Christopher Pike manned the helm of the U.S.S. Enterprise. The series will feature fan favorites from season two of STAR TREK: DISCOVERY: Anson Mount as Captain Christopher Pike, Rebecca Romijn as Number One and Ethan Peck as Science Officer Spock. The series will follow Captain Pike, Science Officer Spock and Number One in the years before Captain Kirk boarded the U.S.S. Enterprise, as they explore new worlds around the galaxy.

Gabriela Burgos
Gabriela Burgos Soler was born and raised in Puerto Rico, she graduated from the University of Puerto Rico where she studied her two loves, literature and film. She currently pursuing her MFA in Screenwriting. In her free time she promotes women in film & rewatches “The X-Files”. She is a co-host of the Film Posers Podcast, a podcast run by four boricuas ranting, raving & reviewing cinema.