If you liked Mamuro Hosoda’s Belle, it is safe to say that you will LOVE these 10 Anime movies!

Mamuro Hosoda’s “Belle” finally hit US Theaters this past Friday. Like many of the veteran storyteller’s past works, it balances gorgeous & unique frames of animation with compelling, personable themes that both children and grown-ups alike can relate to.

Hosoda’s films are always jam-packed with commentary on youth, the current state of the world just overall the human experience. So if you’re new to anime, I have 10 more films that you MUST watch, if you liked Belle.

This is Hosoda’s previous film before Belle. It tells the story of a young boy who is his parents’ whole world, until they bring a little sister home.

The film is directed with child-like wonder that fully captures the magical and unending imagination of a child, as the four-year-old plays with his toys or the family dog in their beautiful garden, taking him to the past and future and the most magical places; but it also how scary and uncertain growing up is, showcasing the influence we have in our own destiny, and of those closest to us, not through force story-beats, but through character & emotion.

9. When Marnie Was There

This lesser-known Ghibli film deserves more attention. So, I’m using this list as an excuse to (hopefully) get more eyes on it.

A beautifully animated film with a unique, out-of-the-ordinary narrative; where we follow 12-year-old Anna, who suffers from asthma and is sent to stay with relatives of her legal guardian on the countryside. Anna mostly likes to be alone, drawing. Until she meets the mysterious Marnie. Tackling themes of abandonment, self-love and loss, it tells a very sad story in a delicate and beautiful way. It is a a heavy movie, that understands the heaviness of the themes it’s portraying, further proving the mastery of Studio Ghibli on emotionally complex stories.

A change in pace to be sure, but it only showcases how vastly wide-ranging the stories anime can offer are.

Promare is a high-octane action-adventure set in a future where firefighters use mechas to protect the world from the Burnish, a race of people that can set themselves, and everything else, on fire. Despite the hyperactive look, the over-the-top characters and self-aware sense of comedy, this one still addresses interesting themes from our world, such as segregation, discrimination and political distrust.

While it isn’t the most subtle of movies when tackling these themes and topics, it does address them effectively, and knows exactly what it is. Delivering an action-packed finale and a rompy adventure with charming characters.

Another of Hosoda’s works (not the last you’ll see on the list); We follow a young math genius who is the moderator of the vast online world of Oz visits his grandmother for her 90th birthday; while solving a complex equation he enables the artificial intelligence of Oz to destroy the world should it wish to.

Similarly to Belle, this one tackles how we use social media to sometimes hide away from our problem; the catch here is: Summer Wars came out in 2009!

Hosoda thought so much ahead of time, it’s an even more fascinating watch today knowing the kind of world that we live in than it was back then. With jaw-dropping animation and insane action, Hosoda uses the typical tropes of the animation style and genre expectations in his favour to deliver a punchy commentary on our relationship with our virtual selves.

6. Grave of the Fireflies

Perhaps the most sombre and serious film on this list, you either know what Grave of the Fireflies is or you don’t. I will not give too much away, but I will say it is one of those great movies you will probably only watch once in your life. Set to the backdrop of World War II in Japan, it follows an orphan boy and his little sister as they survive the tempestuous times.

It’s the kind of the film that pulls no punches and just makes you witness the worst of humanity in its setting, but the best of humanity in the relationship between the siblings, through which it captures some truly touching moments of tenderness, but it will most certainly rip your heart out by the end. It’s a stomach-churning, heartbreaking drama that shockingly illustrates the horrors of war, and how it didn’t allow so many to grow up.

Related: Belle Movie Review: A Unique Take On Beauty and the Beast

Another sensational tale by Mamoru Hosoda; telling the sorry of a single mother raising her son and daughter… who just so happen to be werewolves. It’s a wonderfully imaginative coming-of-age story, with expectedly added complications, that also captures the struggles of motherhood, but also the victories. Hosoda portrays a single mother as a true hero who struggles and fails but is devout to her children to no end, showing her bravery and badassery.

With the themes of identity, single parenthood and grief, Hosoda portrays humanity beautifully through the fantastical characters and the mythology he develops throughout the film. At its core this is a love letter to the struggles of growing up, raising children, and being a part of a family; it’s not always easy, but in family we’ll always have a home.

4. The Boy and the Beast

Yes, another Hosoda film, this time my personal favourite; it’s the story of a young, orphaned boy who stumbles upon a fantastic world of beasts, he’s taken in by a gruff warrior looking for an apprentice.

Hosoda once more creates a rich, interesting mythology and fantastical world through which he tells a heartfelt coming-of-age story about loneliness, belonging and yet again… parenthood.

Perhaps the best aspect of this story is how it never confirms what is real and what is not; Ren’s turbulent feelings and growing imagination may have created the world, and the father, he needed. But how the film positions two characters who need each other without realising to create this makeshift family in a film that boasts visual flair and wildly inventive storytelling highlights what makes the artform beautiful and earnest.

It’s a heavy watch dealing with heavy themes in a way that doesn’t shy away from the conversations it sparks about mental health and even heavier topics. When a young man becomes ostracized by his classmates, he sets off on a path of redemption; years after he himself bullied a deaf girl.

Due to its approach on the topic of mental health, the long-term effects of bullying and the lasting repercussions it can have on someone, damaging their mental state and their outlook on life (and themselves) in general moving forward. It’s an important movie that transcends the realm of animation and speaks to the human experience in a raw, pure way that not many films, animation or otherwise, are capable of. It allows us to see our flawed selves in the characters; but it handles a redemption arc with incredible nuance. Above all: Be kind to others and know that it’s okay not to be okay.

You may have heard the title of this movie, as it made waves when it came out back in 2016; We follow two strangers who find themselves connected in a bizarre way: their mind inhabits the other’s bodies. It’s part romance, part science fiction, part coming-of-age, part fantasy, part comedy.

It’s got something for everyone, and it balances all its tackling with incredible imagination, style and heart. At its core the film is about longing; it’s about that subtle feeling on the back of your mind of something (or someone) you want to go back to, but you know you must move on. It’s the place we’ve all found ourselves in at one point or another in life, it’s hard when it happens but we all grow out of it, and from it, eventually. It’s about love, letting go, and moving on… even if we keep on loving. 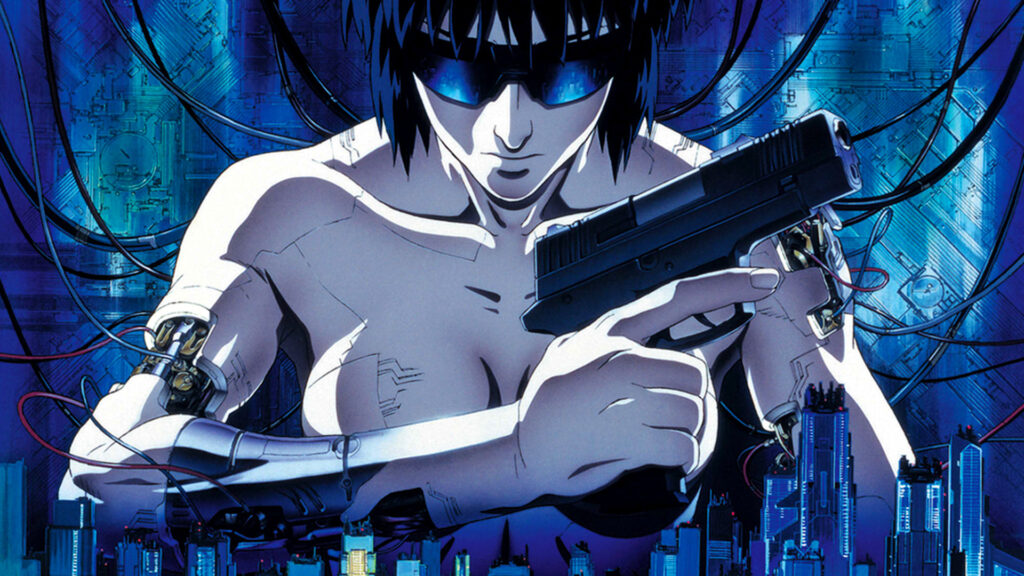 1. Ghost in the Shell

A masterpiece, if you’ll ever see one. The original Mamoru Oshii 1995 commentary on humanity increasing use, dependency and reliance on technology has stood the test of time and is so important to this day.

We follow a cyborg policewoman on the hunt for a mysterious and powerful hacker. Shell, in the context of the movie, is the body cyborgs use, while the ghost; can be mind, or the soul, or something else. The most intelligent thing about the film is that it never answers this question. Set in a world where so many people have cybernetic parts, some by choice, others not so much, it ponders what makes one human. Is it the ghost? Is it the shell?

It examines this query in a deeply rich and fascinating philosophical approach that positions the characters and us the audience to search for the answers, and the meaning of the essence of what it is to be human.