Zack Snyder’s Justice League is exactly what fans wanted from the start – the differences are clear, and this film has a ton of heart.

It is so strange to think that while this is essentially the same film, it really is so much different. It rights a long list of wrongs from the Justice League that we got, and makes me really, REALLY want a complete Snyderverse. Please Warner Brothers, this is what the fans want, and this is what the fans deserve.

Clocking in at just over four hours, Zack Snyder’s Justice League is long. Is it too long? Absolutely. Does this cause it to drag on? In certain points, yes. The movie is split into six, well technically seven parts, and while a lot of it familiar, there is a lot of it that is new.

That being said, there is a method to this madness. The extra length is here for a reason and although I don’t suggest you tune into Zack Snyder’s Justice League when you have had a long and exhausting day, it doesn’t truly feel like four hours long.

Admittedly, I was never a fan of Ben Affleck as Batman. To me he is a fantastic Bruce Wayne, but not a great Batman. My opinion on that has changed after watching the Snyder Cut. Don’t get me wrong, Christian Bale is still my favorite Batman, but Affleck is now a very close second. His internal struggles and guilt throughout this film has taken his story to a whole new level. One that I can truly appreciate. One that makes a whole lot more sense than it did before.

In this Batman delivers a line that is sure to be talked about for years to come. He also has a new, and simply amazing, scene with Jared Leto’s Joker. I cannot talk up this scene enough. Joker is my favorite comic book villain of all time, and a character I have placed on a very high pedestal. I was taken by surprise by how much I loved Joker’s part of this movie, and how much I hope to see more of Leto’s version in the future.

The graphics are simply incredible (you guys Steppenwolf looks so much COOLER), and the length allows a lot of characters to be better fleshed out. While we do seem to get bigger and better battle scenes, we fill a hole that was missing, and that is the emotion of the movie. The heart of the movie. I care so much more about the characters in this version of Justice League than I did in the original. Their individual stories were much more developed which allowed me to connect to each and every one of the members of the Justice League. And if you know me, you know how big that is.

Especially Cyborg and Flash. It feels like they were originally done so dirty after watching this version, and what Zack Snyder’s true intention was for them all along. It is amazing what a big difference can be made just by spending a little bit more time on individual characters. I have always said one of the DCEU’s faults was not having solo films for each member of the Justice League before attempting a Justice League movie. And while I still believe this to be true, the Snyder Cut certainly helps to develop these characters close to the level that solo films would.

When talking about this version of Superman I just want to post a bunch of heart emojis because THIS is the Superman I wanted to see in Justice League, and now I finally have. His role in this film is downright incredible, and part of the reason I wanted to start it over the second it ended.

The new length not only gives the heroes better stories, it gives the villains better stories too. As a massive fan of the villains in every story, Darkseid and Steppenwolf were huge let downs for me in the original. But WOW what an upgrade they got in this version. I mentioned the graphics earlier, and I know every fan has seen photos, but I cannot get over just how much better Steppenwolf looks. He looks like a real villain – one that we can be scared of instead of making fun of how silly he looks.

There are a lot of great scenes that have Steppenwolf and Darkseid speaking to each other, but there are also some pretty epic fight scenes that involve them too. The battle between Steppenwolf and the Amazonians is mind blowingly gorgeous to look at. I could have watched it go on for far longer than it did. And honestly, that applies to most of the fight scenes in Snyder’s Justice League.

My biggest complaint about Zack Snyder’s Justice League is the length. While I truly appreciate him taking the time to flesh out the characters and the plot, it is a bit too long. That being said, there isn’t a whole lot I would take out. I think the reason some parts drag is because they are so similar to the story that we got already, so in those scenes, it didn’t feel like we were getting much new information.

This is especially true through the first two parts, before things really start to branch out and become a new film. My favorite part about Zack Snyder’s Justice League is not only that I care so much more about the characters, it is that the reason for the team-up of all these characters actually makes sense. It gives so much meaning to this movie that was not there before. 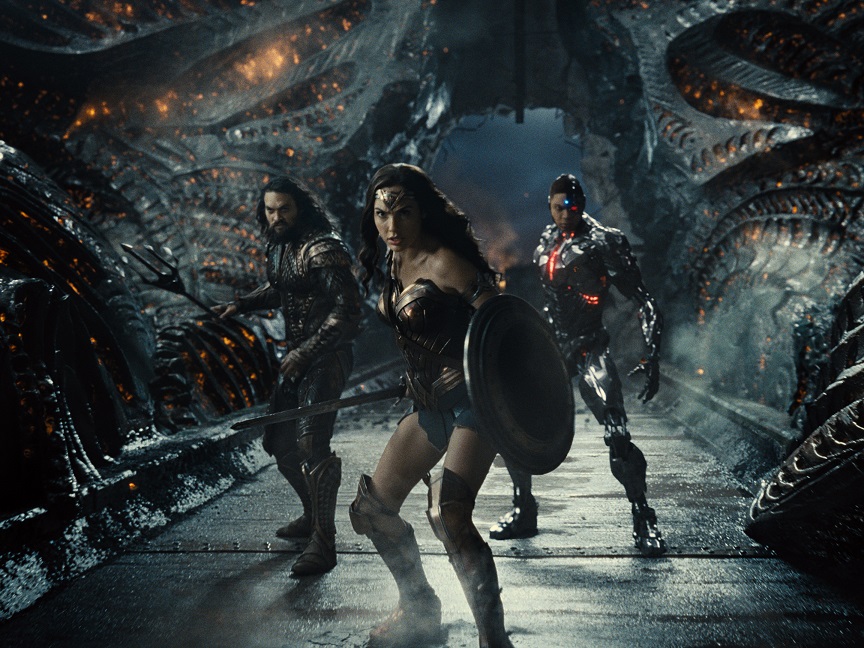 I have to admit, I was a bit annoyed when the aspect ratio details were first released, but watching the movie, that didn’t bother me. Within a few minutes, I even stopped noticing the black bars on the screen. I doubt anyone will be truly annoyed by this aspect ratio, especially once the film really gets going.

The score and visuals both feel like a massive upgrade from the original, helping to bring together a more complete film than we got in the past. There are many new and longer scenes that allow for a much better, much more fleshed out story to be told. Plot holes are filled, and although some remain, Zack Snyder’s Justice League is a far superior film than we got originally. It gives more meaning to everything and had me caring about each and every character — yes, even the villains.

Overall the Snyder Cut is a dark and twisted, yet seriously fun, journey that this DC fan was excited to take — even with that cliffhanger ending that made me want to break my TV. This film proves that we need more, so much more. Give us the Snyderverse now, please and thank you. 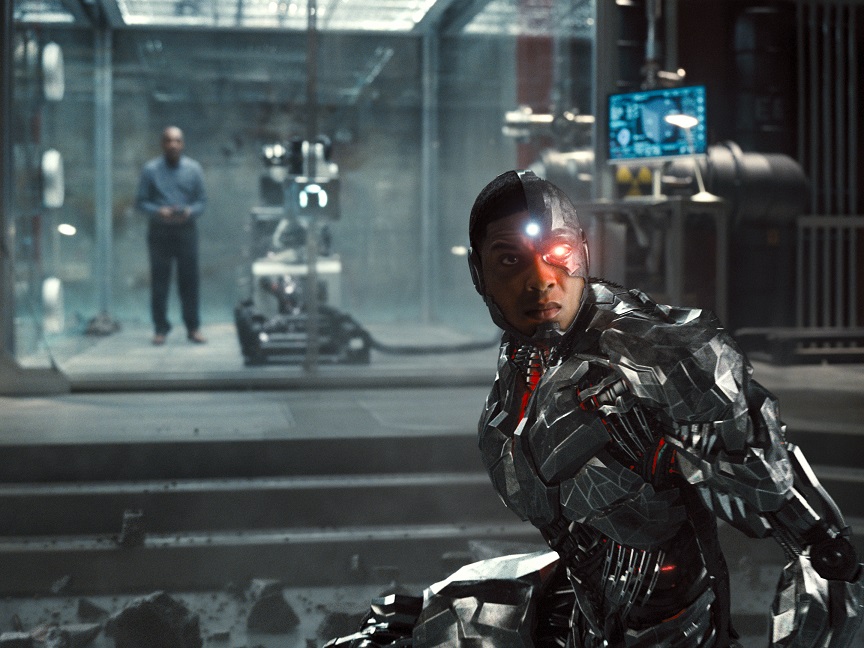 In ZACK SNYDER’S JUSTICE LEAGUE, determined to ensure Superman’s (Henry Cavill) ultimate sacrifice was not in vain, Bruce Wayne (Ben Affleck) aligns forces with Diana Prince (Gal Gadot) with plans to recruit a team of metahumans to protect the world from an approaching threat of catastrophic proportions. The task proves more difficult than Bruce imagined, as each of the recruits must face the demons of their own pasts to transcend that which has held them back, allowing them to come together, finally forming an unprecedented league of heroes.

Now united, Batman (Affleck), Wonder Woman (Gadot), Aquaman (Jason Momoa), Cyborg (Ray Fisher) and The Flash (Ezra Miller) may be too late to save the planet from Steppenwolf, DeSaad and Darkseid and their dreadful intentions.