The Babysitter: Killer Queen is a super fun horror comedy that is filled with some great quotes! Here is a collection of my favorites.

The Babysitter: Killer Queen has just hit Netflix and it is a must watch if you are a fan of horror comedies. I don’t think it is necessary to watch the first one, but the first one is just as fun! There are so many hilarious quotes in this movie that will have you cracking up! I put together a list of my favorites, but feel free to let me know if I missed yours!

“High School is worse than a near death experience. I can confidently tell you that because I almost died like five times in one night.”

“I feel like Sarah Connor in Terminator 2 trying to convince people robots are real.”

“You’re a weird little dude with a crush on a murderous, fictitious babysitter.”

“That night that you’re talking about had running and hiding, but it also had kissing. Maybe just remember the kissing.”

“I could never be cool with not having friends.”

“I’m nine days late. And Goddamn it, I was on the fence, but I think I might keep it now.”

“You know what is forever? Setting the table.”

“They’re to make me less anxious, but they just kinda make me feel like somebody else.” 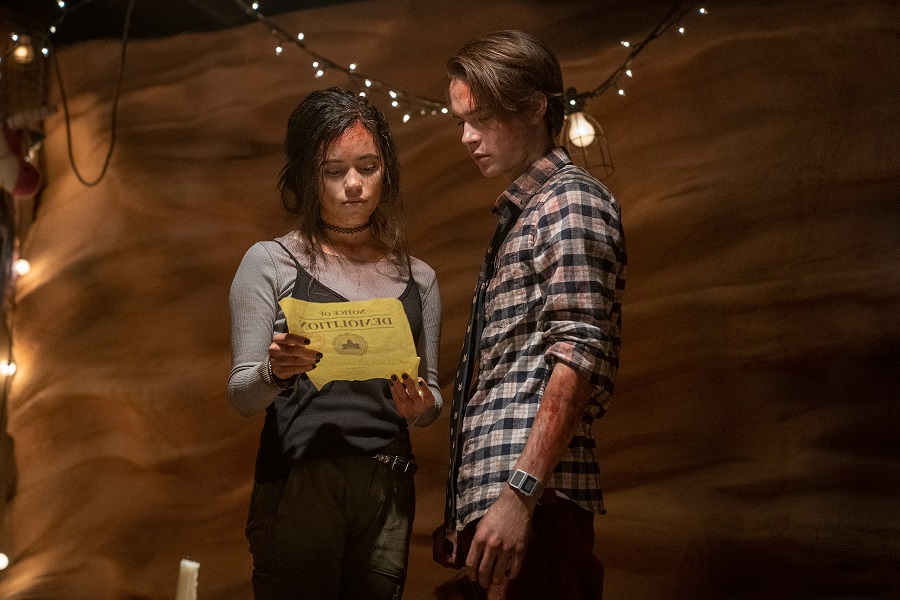 “Can you imagine what kind of psycho you’d have to be to butcher your parents.”

“My daughter is DTF.”

“I’m autoimmune to you.”

“You OK? You look like you’ve seen a gorgeous Black ghost.”

“First Travis Scott and Kylie Jenner break up, now this?”

“Thank God. I thought they were zombies. I hate zombies.”

“What else do you expect from a collection of attention-seeking social media millennial with esteem issues?”

“I love s’mores. I eat them just for pleasure!”

“Even Indiana Jones was afraid of snakes.”

“The only thing that’s sexy in the dessert is a glass of water.”

“I should be excited I didn’t get killed first. That’s some post-Jordan Peele era horror movie progress. OK?”

“You know my dyslexias kicks in when I’m stressed. For this, sign up, not did I!”

“I didn’t know Cole was the Channing Tatum of murder!”

About The Babysitter: Killer Queen

Two years after defeating a satanic cult led by his babysitter Bee, Cole continues to be haunted by the horrific events of that night. Everyone in his life thinks he has lost his mind since Bee and all of her friends disappeared, making Cole’s story hard to believe.

He is still hopelessly smitten with his best friend and next door neighbor Melanie – the only one who believes his story – who convinces him to forget the past and come to a party thrown at a nearby lake. But when old enemies unexpectedly return, Cole will once again have to outsmart the forces of evil and survive the night.