Butt Boy is a comedy thriller that is much better than the title (and premise) allows you to think. If you like weird, this movie is for you.

When I first read the description for Butt Boy – “A newly sober detective must prove his AA sponsor has a power to make people disappear using his butt.” – I was intrigued. I love a good thriller and it seemed like at the center of this movie, that’s what it was going to be.

From the moment Butt Boy started, I was sucked in (no pun intended). There were moments where I thought to myself what is this man doing? And moments that completely shocked me. But I was never EVER bored. I watched it straight through without stopping at all for breaks. I became invested in the story and needed to know what Chip was going to do next.

Children (and a dog!) were disappearing and I was very concerned for them. And wonder just what is happening to them. Do they get pooped out? Does he digest them? So many questions! I found myself making predictions for the ending (although I never could have guessed it). 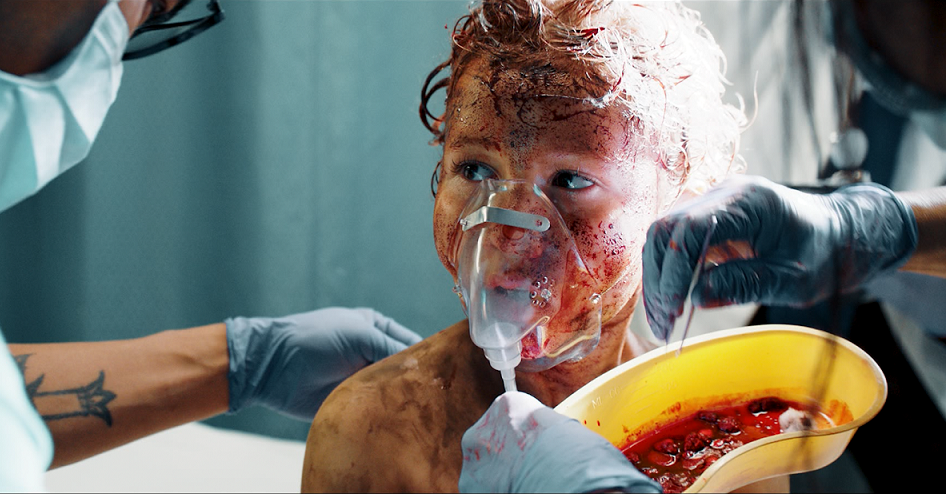 Is Butt Boy Too Graphic?

While not for kids (at all), this movie isn’t very graphic. Sure, the main character sticks things in his butt, however you don’t see them go in. There are several butt shots, of course, but nothing too bad. A little bit of blood and gore (and fecal matter) here and there, but it is not overly excessive.

What you see is what you might expect from a movie called Butt Boy with the premise of a man who puts things in his butt to make them disappear. There are some noises every now and then when he does it, and there is a quick sex scene towards the beginning.

Butt Boy is so much better than you might assume it is. This has taught me to never judge a book by it’s cover, or in this case, a movie by it’s title. Butt Boy is entertaining. You will likely become invested int he story and wonder how it ends.

When the Detective enters the movie, it gets infinitely better. Seeing Chip try to hid that part of his life, and not relapse really brings the movie into it’s own. Especially the dinner scene (you will know what I mean when you watch it). The last half hour takes a sharp turn into “what the heck”-ville and it is epic. And the ending? Well, let’s just say it will completely shock you. In a really good way.

If you are looking for a fun, and slightly off the wall crazy, movie to take your mind off real life, Butt Boy is the perfect choice. It will have you laughing, and really wondering what happens to everything this guy puts in his butt.

Chip Gutchel, a bored IT Engineer, has an awakening after a routine prostate exam. What starts as a harmless rectal kink, soon grows into a dangerous addiction as he becomes responsible for a missing child. Chip eventually buries his desires in Alcoholics Anonymous and tries to move on with his life.

Years later, he becomes the sponsor of Russell Fox (Tyler Rice), a newly sober detective. After Chip relapses, Russell is brought in to investigate another missing child at Chip’s office. Russell begins to suspect that Chip’s addiction may not be to alcohol, but something much more sinister. It’s up to Russell now to prove that Chip uses his butt to make people disappear. But who’s going to believe his wild theory?

Butt Boy will be available on Video On Demand April 14th!