Do you know the ultimate geek? Are they a Star Wars fan? A comic book reader? A gamer? Are you having a hard time holiday shopping for them? Look no further! I have 20+ geeky gift ideas for you that are sure to make any nerd happy this holiday season.

I am a total geek at heart so it was easy for me to come up with these gift ideas to share with you. All of these items have been personally tested by me, so I can assure that any nerd will love them. Happy holidays!

If you are looking for the perfect Star Wars gifts, I have some ideas from a Galaxy far, far away.

This glorious pop-up book is a fitting tribute to the entire Star Wars saga, covering all 11 movies, including a sneak peek at The Rise of Skywalker. See Padmé battle alongside the Jedi and clone troopers, Luke train with Jedi Master Yoda on Dagobah, and Rey and Kylo Ren battle Supreme Leader Snoke’s Praetorian Guards, as well as other memorable moments from the saga.

With five intricate and detail-rich spreads that fold out into one breathtaking map of the entire Star Wars saga, Star Wars: The Ultimate Pop-Up Galaxy is the perfect gift for boys, girls, and Star Wars fans of all ages. 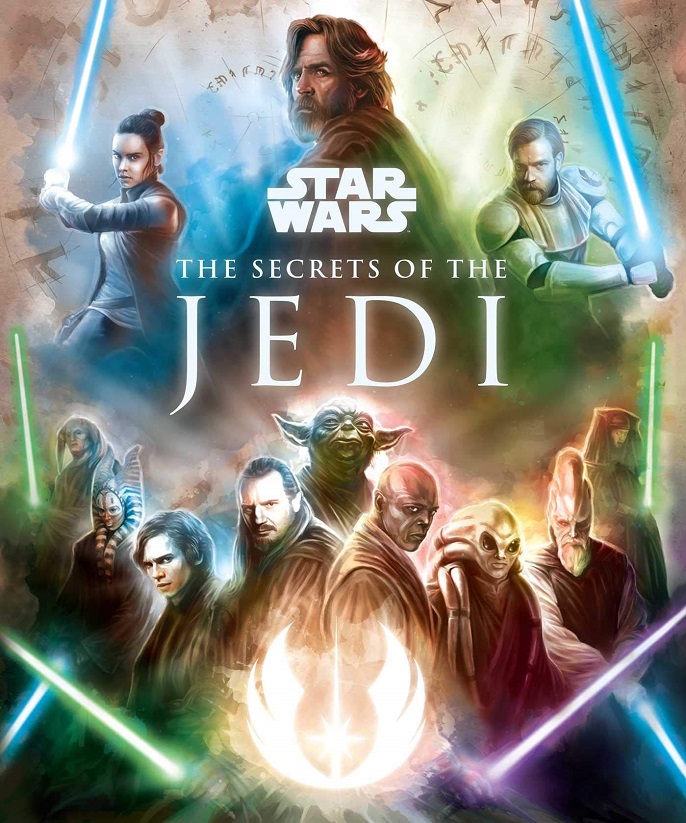 Star Wars: The Secrets Of The Jedi

Join Jedi Master Luke Skywalker on a fully interactive journey into the world of the Jedi. Discover the storied history of this noble order of peacekeepers; explore the secrets of the Force; study the art of mastering the lightsaber; and learn about the lives of some of the most revered Jedi of all time, including Yoda, Obi-Wan Kenobi, and Anakin Skywalker.

Featuring amazing original illustrations and unique special features – including a pop-up holocron, a translator card, a Jedi equipment booklet, pullouts, and more – this book is the ultimate exploration of the Jedi and their incredible impact on the galaxy.

An enchanting journey through the galaxy, Star Wars: A Merry Sithmas Pop-Up Book includes removable paper pieces, more than two dozen stickers, and step-by-step instructions to construct and color holiday-themed 3D pop-ups. Each pop-up is easy and fun to build, from Darth Vader and a gingerbread Boba Fett, to Chewbacca and a collection of caroling porgs—plus more—for the ultimate Star Wars holiday celebration.

The Mandalorian is amazing. And we all love Baby Yoda. Here are some of my favorite shirts featuring him! The ultimate geeky gift ideas for any Mandalorian (and Baby Yoda) fan!

There are a lot of books out there that comic book fans are sure to love! There is nothing quite like a graphic novel. Here are some of my favorite geeky gift ideas for comic book lovers.

When a tragic accident takes the life of 17-year-old Raven Roth’s foster mom–and Raven’s memory–she moves to New Orleans to recover and finish her senior year of high school.

Starting over isn’t easy. Raven remembers everyday stuff like how to solve math equations and make pasta, but she can’t remember her favorite song or who she was before the accident. And when impossible things start happening, Raven begins to think it might even be better not to know who she was before.

But as she grows closer to her new friends, her foster sister, Max, and Tommy Torres, a guy who accepts her for who she is now, Raven has to decide if she’s ready to face what’s buried in the past…and the darkness building inside her.

Princess Mera is teenage royalty and heir to the throne of Xebel, a penal colony ruled by the other no-so-lost land under the sea, Atlantis. Her father, his court and the entire kingdom are expecting her to marry and introduce a new king. But Mera is destined to wear a different crown….

When the Xebellian military plots to overthrow Atlantis and break free of its oppressive regime, Mera seizes the opportunity to take control over her own destiny by assassinating Arthur Curry–the long-lost prince and heir to the kingdom of Atlantis. But her mission gets sidetracked when Mera and Arthur unexpectedly fall in love. Will Arthur Curry be the king at Mera’s side, or will he die under her blade as she attempts to free her people from persecution?

Piper Pájaro and Sloane MacBrute are two 13-year-old girls with very different lives but very similar secrets. Popular, outgoing Piper is strong. Like, ripping-the-doors-off-cards strong. She longs to be a superhero, even if she tends to leave massive messes in her wake. Snarky Sloane, on the other hand, is super smart. Like, evil-genius-smart. To help her family, she has to put those smarts to use for her villainous grandfather.

When a fight between Superman and Mongul crashes into a small northwestern town, Naomi begins a quest to uncover the last time a super-powered person visited her home–and how that might tie into her own origins and adoption.

Gamers can be hard to shop for. I know because I am one, and have a lot in my life. Here are my favorite geeky gift ideas for gamers!

inematic, Immersive Combat Jedi: Fallen Order delivers the fantasy of becoming a Jedi through its innovative lightsaber combat system striking, parrying, dodging partnered with a suite of powerful Force abilities you’ll need to leverage to overcome obstacles that stand in your way.

The Galaxy Awaits : Ancient forests, windswept rock faces, and haunted jungles are all unique biomes you’ll explore in Jedi: Fallen Order, with the freedom to decide when and where you go next.

A cool video gamer gaming quote themed design featuring “Gamer Don’t Die They Respawn” lettering. Turn on your video game system and have some fun with your friends playing your favorite video games. This video game design is a great excuse to join a video game party or just for gamers who enjoy online and console gaming, and want to show their pride and passion for video gaming.