Something BIG just showed up in The Mandalorian — here is what you need to know about the Darksaber.

In the season one finale of The Mandalorian ended with a big reveal — Moff Gideon holding the Darksaber. If you are not familiar with The Close Wars television show, you might not understand why this is such a big deal. Well, in this article I will explain to you everything you need to know about the Darksaber.

The Darksaber is an ancient black-bladed lightsaber a long time ago. Not only is it unique due to it’s black blade, the blade is also shorter and shaped like a sword. It also produces an electrical effect, has a higher pitched sound than traditional lightsabers, and well, it is really badass. According to Mandalorian custom, one could only obtain the Darksaber by defeating the previous owner in combat. Should they have claimed it any other way, their claim was considered illegitimate 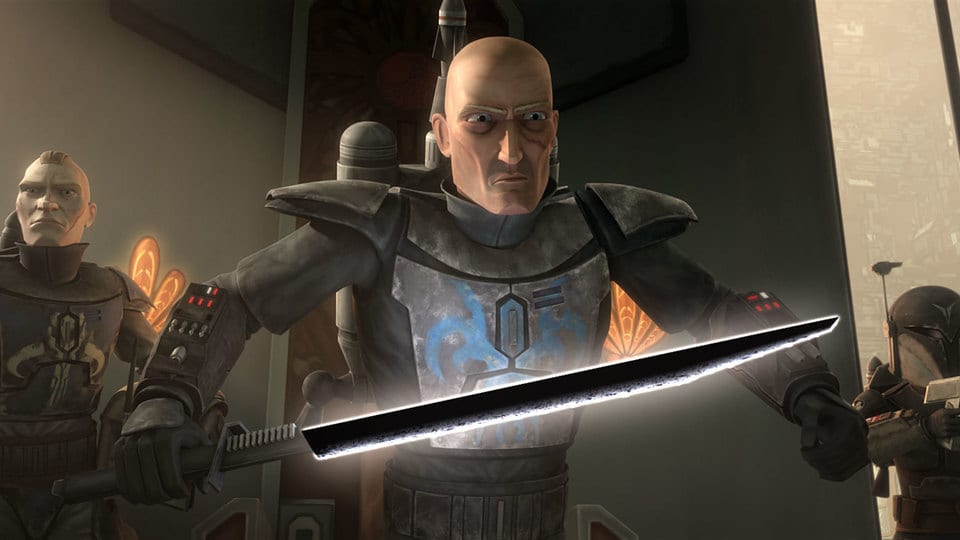 The Darksaber first appeared in The Clone Wars television show in 2010. It was used by a Mandalorian terrorist who referred to himself as a freedom fighter. He was also voiced by The Mandalorian creator Jon Favreau, which could be a major reason that we see this Star Wars tie in.

The Darksaber is unique among lightsabers, and is said to date back a thousand years when it was created by Tarre Vizsla, the first Mandalorian to become a Jedi. It eventually ends up in the hands of everyone’s favorite Sith, Darth Maul, during a fight with Pre Vizsla.

What To Watch If You Want The Darksaber Backstory

If you wish to learn more about this unique lightsaber, you can start watching The Clone Wars with season two, episode 12. However, I highly recommend just watching the whole thing because it is a FANTASTIC show that you will not regret binging. The Darksaber eventually comes into play in Rebels in season three, which is another show you should be watching.

Both are available now on Disney+, binge them and you will not be disappointed. This is where the powerful lightsaber is last seen, so it showing up in The Mandalorian is both shocking and exciting for Star Wars fans. Hopefully we eventually get the story behind just how it ended up in Moff Gidieon’s possession. Either in The Mandalorian season two, or maybe in another Disney+ original series.