Booboo Stewart is no stranger to movies that achieve ultimate fandom status. I mean, he was a major part of the Twilight series. I sat down with him in LA a few months ago to talk about Descendants 2 after seeing some of the footage. To say this film is going to be amazing is an understatement. I am beyond excited for it, and will be tuning in live on July 21st with my girls. Booboo had a lot to tell us about his role as Jay and the storylines of the movie. 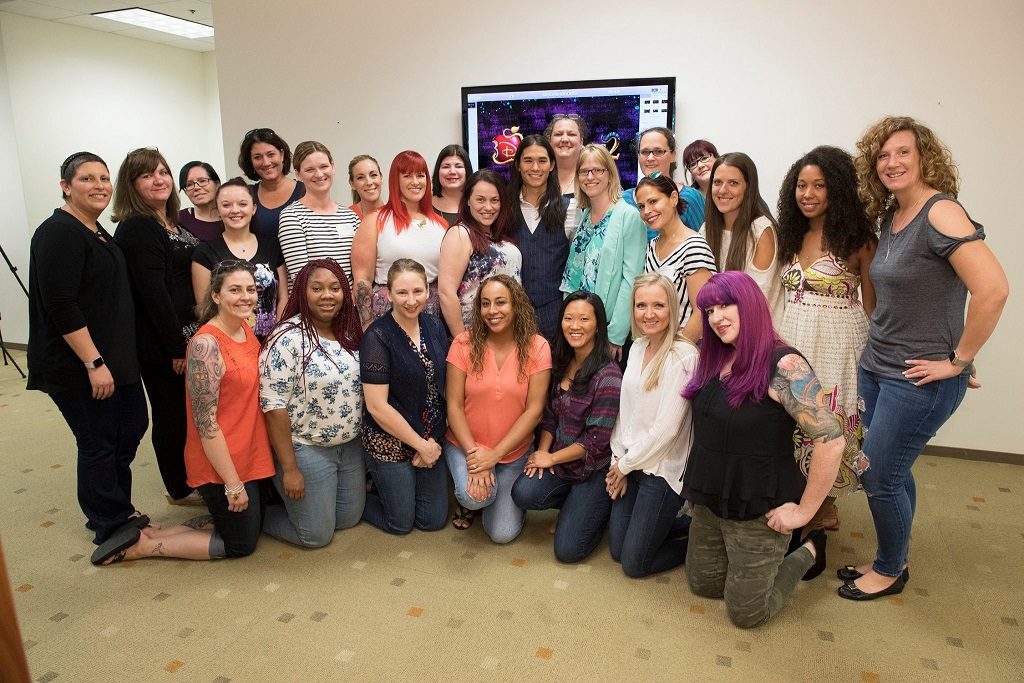 Being Back on Set

The first thing we asked Booboo is what it was like to be back on the set of Descendants. “It’s really nice going into the second movie with the first one doing as well as it did. But this movie stands alone. It’s its own thing. So [it feels great]that we’re making [a second]movie.”

We then followed up asking which film, if either, was more difficult to make for him. “Physically, this movie was more demanding. The first movie was [more of a mental challenge]because I didn’t know what to expect. It’s very physically demanding, but the preparation was nice. You know who your character is going into it. There’s a little bit of a change because they’ve matured from the [first movie.]So, the mental preparation was there, but I didn’t expect [the intensity of the physical challenges].”

Ways to Be Wicked

We had just watched Ways to Be Wicked, which you have likely seen by now, and we were blown away. We had to let Booboo know how awesome it looked. “Thank you! It was actually hard [to film]because we didn’t use real apples to rehearse. We just used tennis balls and things like that. That was one of the trickier [challenges]because you have this army of dancers, and if one person drops [the ball]then you have the tennis ball rolling around [while everyone else dances].”

We asked Booboo what his favorite lesson from Descendants 2 is. In his answer, he let us in on some of Jay’s Storyline – which I am so excited to see. “For Jay, specifically it’s the ability to change. There’s a really nice, subtle storyline that he has with the character Lonnie. He’s the captain of the Swords & Shields [fencing]team and it’s in the rule book that it’s a guy sport. [Lonnie] shows up and pushes him to let her be on the team. As far as rules go, Jay has to decide between sticking to tradition or breaking the rules and being kicked off the team and losing his title. So he has to accept change and his decision there is a nice storyline.”

We all love Jafar, so we just had to ask Booboo if we would get to see more of Jay’s relationship to Jafar. His answer? “No.” We were all collectively a little bummed out about this, so he went on. “I know. Jafar’s a really cool guy. But this film really centers around us just going back to the Isle to rescue Mal, to bring her back, to figure out what’s going on with her, and just getting our lives together. Unfortunately [it does not focus on the relationship with Jafar], but I’d love them to.”

His Bond with Cameron Boyce

While interviewing Cameron Boyce, we learned that him and Booboo got really close on set. We asked Booboo about this. “Yeah! Cameron and I are always just laughing, honestly. I could see him from across the street, and I would just look at him [and laugh]. We have an older brother, little brother relationship. I don’t have a younger brother and he doesn’t have an older brother, so I feel like we found that [type of relationship]with each other, which is nice. It’s a very strong, female-driven shoot, so to have another dude to be friends with – it’s refreshing.”

There are a lot of great lessons for young kids in Descendants and, we assume, in Descendants 2. We asked Booboo what he wants young boys to take away from this new movie. “I feel like this [lesson]is touched upon the first film, but even more so in this film. Young boys are very [competitive]and they want to be the best. And Jay, in the first film, is a [typical]guy. He wants to be the best. Just having an open mind is such a different, rare thing for a young boy to have. So I’d like it to not even be a question that young people should have an open mind. It just should be how it is. Jay’s opening the door for the people to follow. I [want to]make sure young boys come out of it with more of an open mind.”

These movies, like many Disney Channel movies, are filled with singing and dancing. We asked Booboo what his favorite musical number is and why. “I have to say ‘Chillin’ Like a Villain.’ It’s just really great. We had a great time shooting it. I say that we had a great time because it was actually a disaster in the best ways possible. It was a beautiful disaster! We were filming outside and it was not supposed to be a tsunami. Along with the wind and the rain, it was brutal, but you can’t tell when you’re watching it. I can’t help but smile watching, not just because of the song, but because of the energy that’s given to the performance.”

Being A Role Model

We asked Booboo Stewart about being a role model for young, multiracial kids, as well as casting directors in terms of diversity. “Not only in the movies but in life, I hope we’re heading away from [a lack of diversity]being the norm. In movies, you shouldn’t have to cast people of ethnicities just to be diverse. That shouldn’t even be a thought. It should just [represent all the cultures you see when]you walk down the street – you see an Asian person and an African-American person and a Hindi person. That’s just how it is in life, so why isn’t it like that in movies? The person working a cash register can be any ethnicity, so it shouldn’t have to be [a conscious thought]that we have to be diverse [in movies]. I’m really happy that stuff like ‘Descendants’ shows that the world is diverse. I don’t want [the inclusion of diversity]to be a question among actors or people [in general].”

As I mentioned above, Booboo is no stranger to fandoms thanks to Twilight. We asked him how he handles all of the attention. “I’ve been around [the industry]from such a young age that I feel like I know how to handle it. I know who I am, so I try not to let that affect me. I have friends and family who can tell me when it’s gotten to my head a little bit. It’s really important to surround yourself with people who you know are your true friends. You can have friends that know you through things that you’ve done. But we just have to engage and really know who your friends are who will bring you down to that level where you can be [down-to-earth].”

“It’s really easy [for fame to go to people’s heads], and I see it happening. I see people go up and up [in popularity]and when it’s over, when the attention isn’t there anymore, that’s when you have people fight. They go [off]the deep end, or you feel like you should be looked at a certain way. People forget [about celebrities]super fast. As quick as they love, they just as easily forget. So it’s very important to know that this is something that will not be around forever and just enjoy the time that it is here. I’m happy that I’m able to be part of it. But I know that I probably won’t get to be in ‘Descendants 10!’

“Twilight and stuff like that will never leave me! I’ll be in my grave, and people will be [talking about it]. I love it! And hopefully the same for [‘Descendants’]. But there’s a part of me that knows that this isn’t forever for me personally.”

The story deepens in the music-driven sequel to the global smash hit “Descendants,” as the teenage sons and daughters of Disney’s most infamous villains – Mal, Evie, Carlos and Jay (also known as Villain Kids or VKs) – try to find their place in idyllic Auradon. When the pressure to be royally perfect becomes too much for Mal, she returns to her rotten roots on the Isle of the Lost where her archenemy Uma, the daughter of Ursula, has taken her spot as self-proclaimed queen of the run-down town. Uma, still resentful over not being selected by Ben to go to Auradon Prep with the other Villain Kids, stirs her pirate gang including Captain Hook’s son Harry and Gaston’s son Gil, to break the barrier between the Isle of the Lost and Auradon, and unleash all the villains imprisoned on the Isle, once and for all.