Andor Season 1 has come to an end. In this review we discuss why this is the Star Wars content that fans need right now. 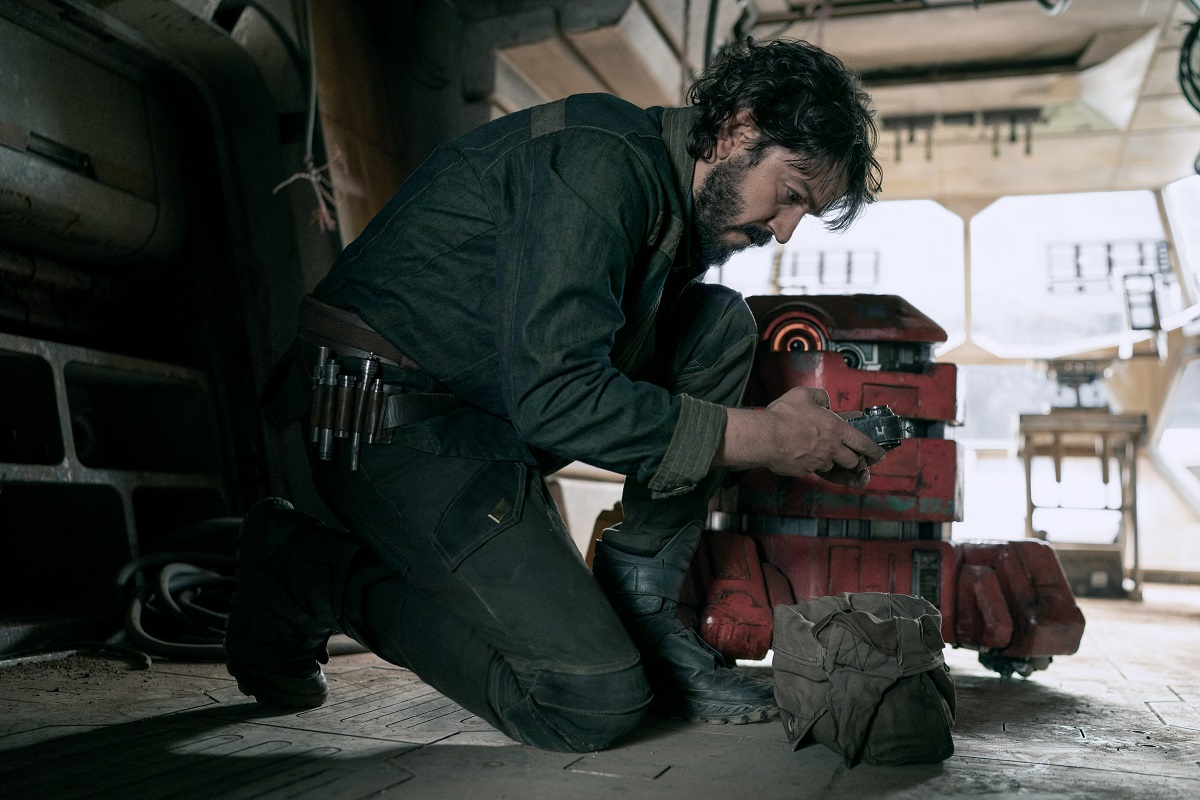 Recently Star Wars has been bogged down by glorified cameos in shows like The Book of Boba Fett, Obi-Wan Kenobi, and even the ending of The Mandalorian Season 2 – but Andor Season 1 takes all of that away from Star Wars and creates an ultra personal, well crafted, and truly emotional tale in the vast Star Wars universe.

Our main issue with the franchise has been its reliance on the Skywalker Saga but Andor leaves that behind and creates a story with depth in new characters and relationships. Cassian Andor is a weird character to choose for a solo show, as that might be why the show is underperforming, but the show as a whole really does become one of the rebellion, not just Andor.

At its heart, the show is about Andor and his effect on the rebellion but there are so many characters and so many stories told under this umbrella of the show that allows such a simple story to become layered and complex.

The organization of this show also elevates it above all other Disney+ shows. 12 episodes, all almost an hour long, something we have never seen from Disney+ content, but something that works really well. Firstly the episode count works well here because it allowed for 3 miniature arcs and a final episode that created a perfect conclusion, and the runtimes allowed for the maximum amount of story to be told.

The first 3 episodes served as a reasonable introduction to the important side-characters in Cassian’s general life, the next 3 gave us more of an action storyline, and the final 3 (our personal favorites) gave us the most compelling side characters, heartbreaking moments, and intense spy-like sequences in all of Star Wars.

Speaking of heartbreaking moments, what makes this show so amazing is the tension built throughout. Diego Luna gives my favorite performance in all of Star Wars but it isn’t screaming and yelling, over the top insanity, but a subtle performance, built on tension and long drawn out stories.

This isn’t to say other Star Wars projects haven’t done that, but the way this show draws out the best in these actors in small ways is a huge testament to the writing and production of the show.

It is no secret that this show is beautiful, one of the best looking shows of all time, but the production all around it is phenomenal. Though most of the Star Wars shows (and other projects like The Batman) use StageCraft for galactic environments, everything… and we mean EVERYTHING, on Andor was shot on location. CG touch ups, of course, but the passion behind this project is one that no other Star Wars project has touched in years.

Though as a whole Andor isn’t packed with action and most of the climaxes come from high tension moments, when we do get action sequences they are amazing. The choreography is great and the composition specifically in the action is perfect. In episode 6 specifically, we get this insanely tense action scene but not only is it amazing action, it is BEAUTIFUL. The priority is set on making the best content possible, not a fan service fight or some callback, but action that you can see and something actually meaningful.

With the finale being the only episode with a post credit scene we have to mention what goes down. So we see a part of the Death Star being built. The most interesting part is that the parts the prisoners were making in the episodes 7-10 arc are used for the laser used to destroy planets.

At the end of the day Andor is Star Wars at its best and proves that not everything needs to be connected to the Skywalker story. It has some of the best acting, visuals, and story of the entire franchise and hopefully the show gets more recognition as time passes because it is top tier television.

NEXT: Andor Mid-Season Review: Why Everyone Should Be Watching

The “Andor” series will explore a new perspective from the Star Wars galaxy, focusing on Cassian Andor’s journey to discover the difference he can make. The series brings forward the tale of the burgeoning rebellion against the Empire and how people and planets became involved.

It’s an era filled with danger, deception and intrigue where Cassian will embark on the path that is destined to turn him into a rebel hero.

Andor is now streaming on Disney+.