The Menu is a captivating thriller that will have audiences on the edge of their seat as everything unfolds — and really craving a cheeseburger. 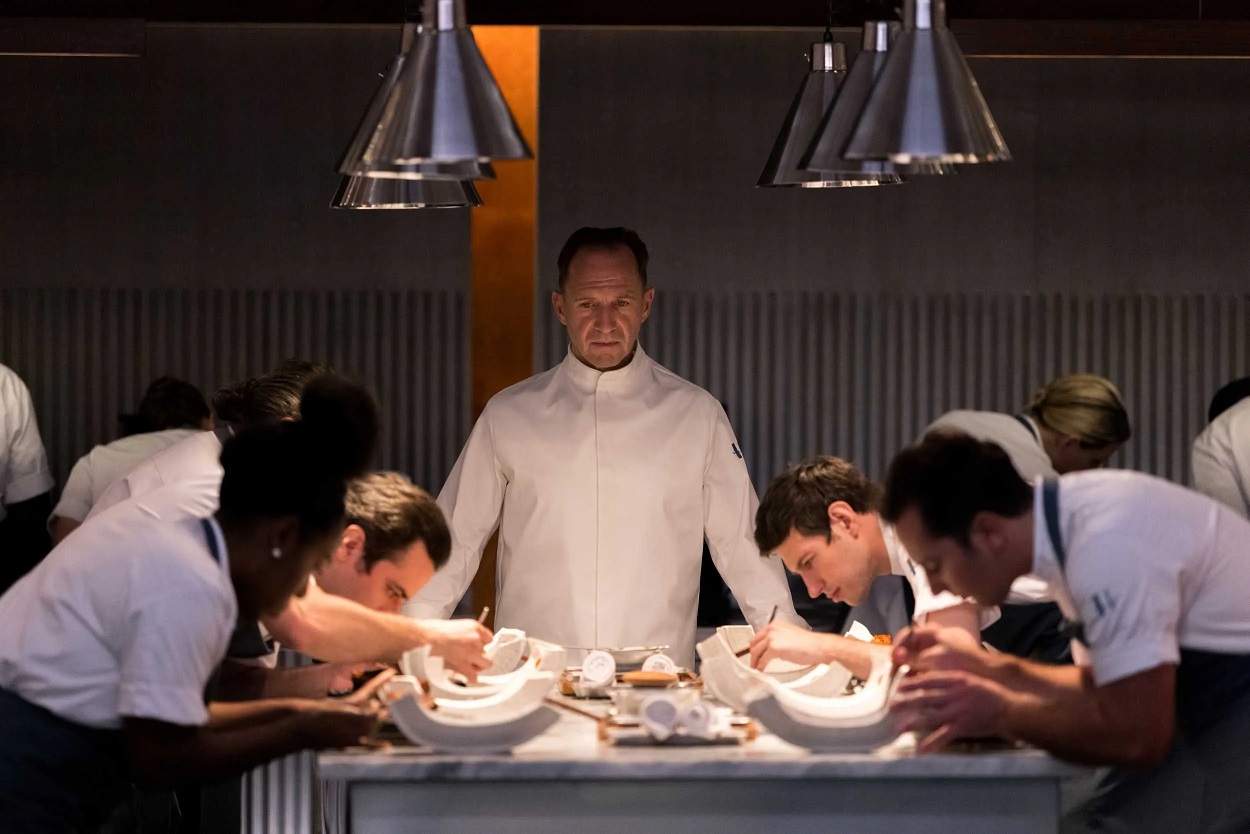 The Menu is one of those movies that is sure to keep you on the edge of your seat, as new twists and turns are revealed. Right from the start it is clear this is a thriller, and audiences will be taking mental notes as they try to put all the pieces of the puzzle together. Around the middle of the movie things take a drastic turn and from then on out The Menu is completely bonkers (in a really great way).

This movie starts out with a young couple, brilliantly played by Anya Taylor-Joy and Nicholas Hoult, going to a remote island for an exclusive dining reservation. The restaurant is called Hawthorne and it is immediately clear that this is a very expensive, and very luxurious experience for those who are lucky enough to be allowed in. Others who are joining the couple during this dinner include a movie star and a well known food critic.

The staff insists that the menu for the evening was prepared especially for those in attendance, so when it is realized that Anya Taylor-Joy’s character was not the original date that Nicholas Hoult had signed up when making the dinner plans, they aren’t exactly thrilled about it. The chef (Ralph Fiennes) goes so far as to tell her that she should not be there.

From here on out things are suspenseful and intriguing. The eerie and intense score sets the mood for thrills and while jump scares might not be the intent, there are moments where the audience might jump — in particular every time the chef claps his hands loudly to signal a new course is coming.

The cinematography choices made in The Menu are brilliant. Whenever a new meal is introduced it is shown close up on screen, with a delectable description of what the customers are about to ingest. And goodness, do they all look incredible. While the intent is likely not to make everyone watching hungry, because to be honest things get very dark and even a bit bloody so we can see why that would make you lose your appetite, we left the theater craving a cheeseburger. A real good cheeseburger.

The Menu clocks in at one hour and forty-seven minutes which is perfect for a movie like this. There has been a recent trend of making films that are over two hours long, even when they have no business being that long, so thankfully The Menu filmmakers did not do that. This decision keeps the plot points moving along briskly, giving the audience just enough time to stew over the crazy twists and turns, without forcing them to lose interest.

The Menu explores the world of givers and takers. Those in the service industry, like the kitchen staff, are the givers, while the customers are the takers. Each of these people has a dark secret and reason they were included in this special evening. They are not good people and this movie is sure to point that out to everyone watching. The chef, though sadistic and sinister, ends up being the most relatable character in the movie.

Leads Anya Taylor-Joy and Nicholas Hoult bring their A-game, and clearly gave their all when portraying their characters. Taylor-Joy is phenomenal — give her all the awards for this performance. She is likable almost instantly, even though she is secretive and a bit crass at times. It is Hoult who becomes extremely easy to hate, something he is quite good at (have you seen him in The Great?).

The separation of the haves and have nots makes The Menu feel like a profound film, which says a lot considering what actually goes down. It is hard to get into details without spoilers so just know this, The Menu is a must see. For service industry workers, you will likely feel seen. Really seen. And for the takers out there, maybe, just maybe, you will think harder before you send your food back next time.

A couple (Anya Taylor-Joy and Nicholas Hoult) travels to a coastal island to eat at an exclusive restaurant where the chef (Ralph Fiennes) has prepared a lavish menu, with some shocking surprises.

Searchlight Pictures will release THE MENU in theaters on November 18, 2022.