I Love My Dad is a cringe-worthy story right from the start, but it also hits a comedic sweet spot that turns the awkwardness into laugh out loud moments. 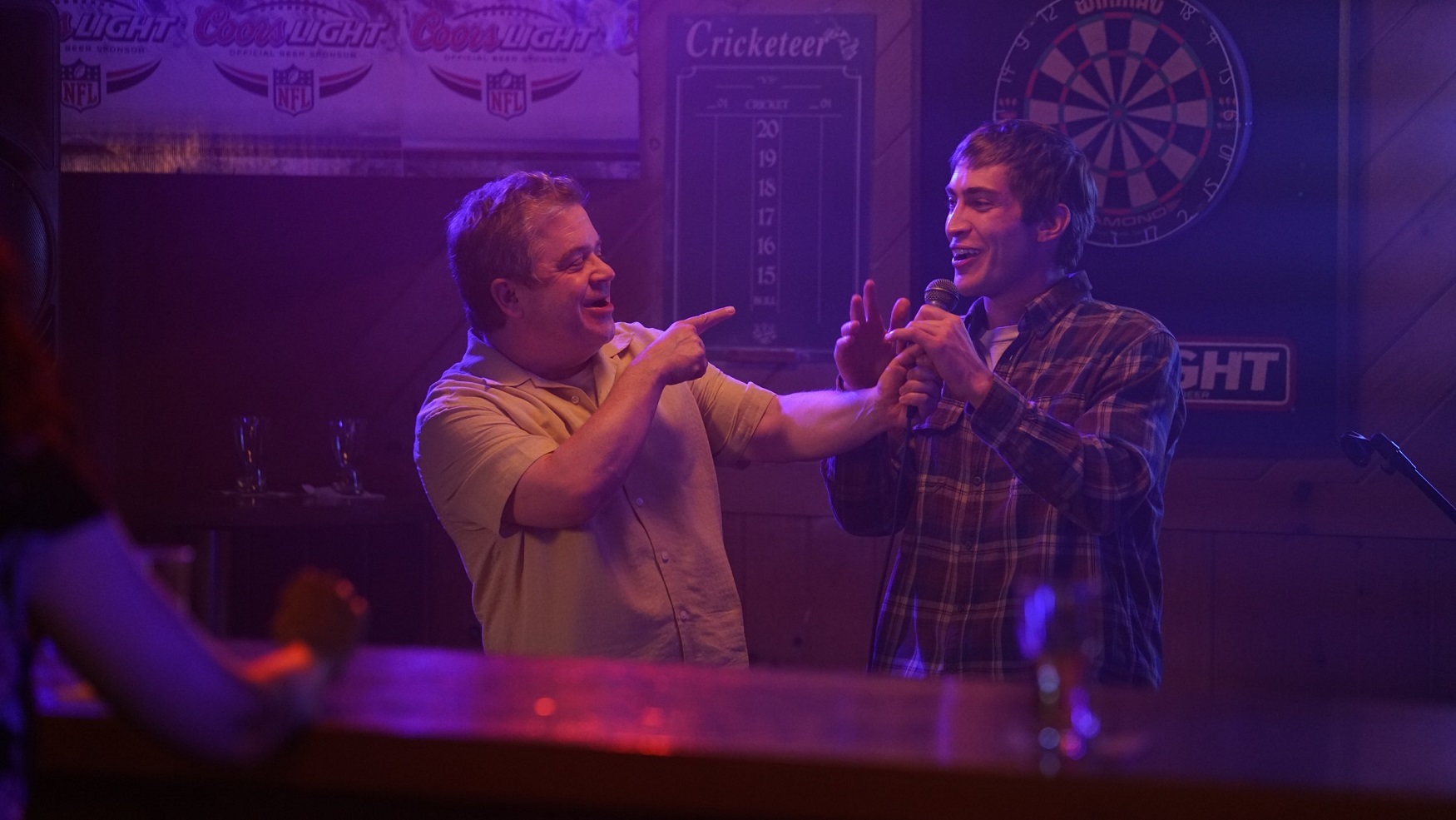 I Love My Dad is one of those movies that you just cannot look away from. The problem is it is unclear whether that is because it is a good movie, or if it is because it is a complete train wreck. Purposefully cringey and awkward right from the start, this movie is unafraid to make people feel like they want to throw up in their mouths. However it does so with such comedic style and flair that it actually works, for the most part.

This movie is about a son (played by James Morosini) that decides his father (played by Patton Oswalt) is bad for him, so he blocks him on social media. Instead of accepting that his son wants distance, or working hard to earn his trust back like a normal dad, he creates a fake online profile to trick him into speaking with him. The problem is that he ends up catfishing him because the profile is of an attractive young woman Franklin instantly becomes interested in.

Before you ask, yes, this movie crosses a line. Heck, it crosses a long list of them. There is a father-son make-out session and sexting between the two — and that isn’t even the half of it. While there are things the father is very much ashamed of and clearly powers through just to keep a relationship going with his son, they are extremely hard to watch.

That being said, most of the interactions between the two are absolutely hilarious. The comedic timing and all around feel of the movie actually work in its favor. Even with the premise being quite disturbing and very difficult to watch, the delivery from Oswalt is pure perfection. Had another actor been playing the part, we don’t think it would have been pulled off so seamlessly.

James Morosini not only stars in the movie, he wrote and directed it. He claims this actually happened in his real life and this is where things get a bit messy. A movie about a father tricking his son into thinking he is a pretty girl his age in order to talk is a gross thought, but knowing something similar to this happened is hard to swallow.

Morosini might have bitten off a bit more than he can chew by being so completely involved in the movie, and his because of this his performance falls flat here and there. Perhaps it is on purpose for him to seem so removed at the start of the story due to the mental state that he is in. While this is understandable, it does create a barrier between Franklin and the audience that takes a bit too long to break through considering the film is only ninety minutes long.

Rachel Dratch is a welcome addition and plays more of the straight person in her scenes than fans are used to. Still, she is a part of one of the most hilarious moments in the entire film, that is also ridiculously uncomfortable to watch. Lil Rel Howery also makes a few brief appearances, but is yet again one of the best parts of the movie — saying exactly what we are all thinking.

If you can get past the incest and disturbing dialogue between father and son, at least the humor is there. Stomachs will churn as viewers watch an extremely awkward situation play out, but their stomachs will also hurt from all the laughter. This is a strange one in that it is hard to tell if you can’t turn away because it is actually good, or if it is a sick accident that you just can’t help but stare at.

NEXT: Prey Takes The Predator Franchise Back To Its Roots

About I Love My Dad

Blocked on social media and concerned for his son’s life, Chuck impersonates a waitress online and starts checking in with Franklin.

But things begin to spiral when Franklin falls for this imaginary girl (Claudia Sulewski) and wants nothing more than to meet her in person, as Chuck has inadvertently catfished his own son.